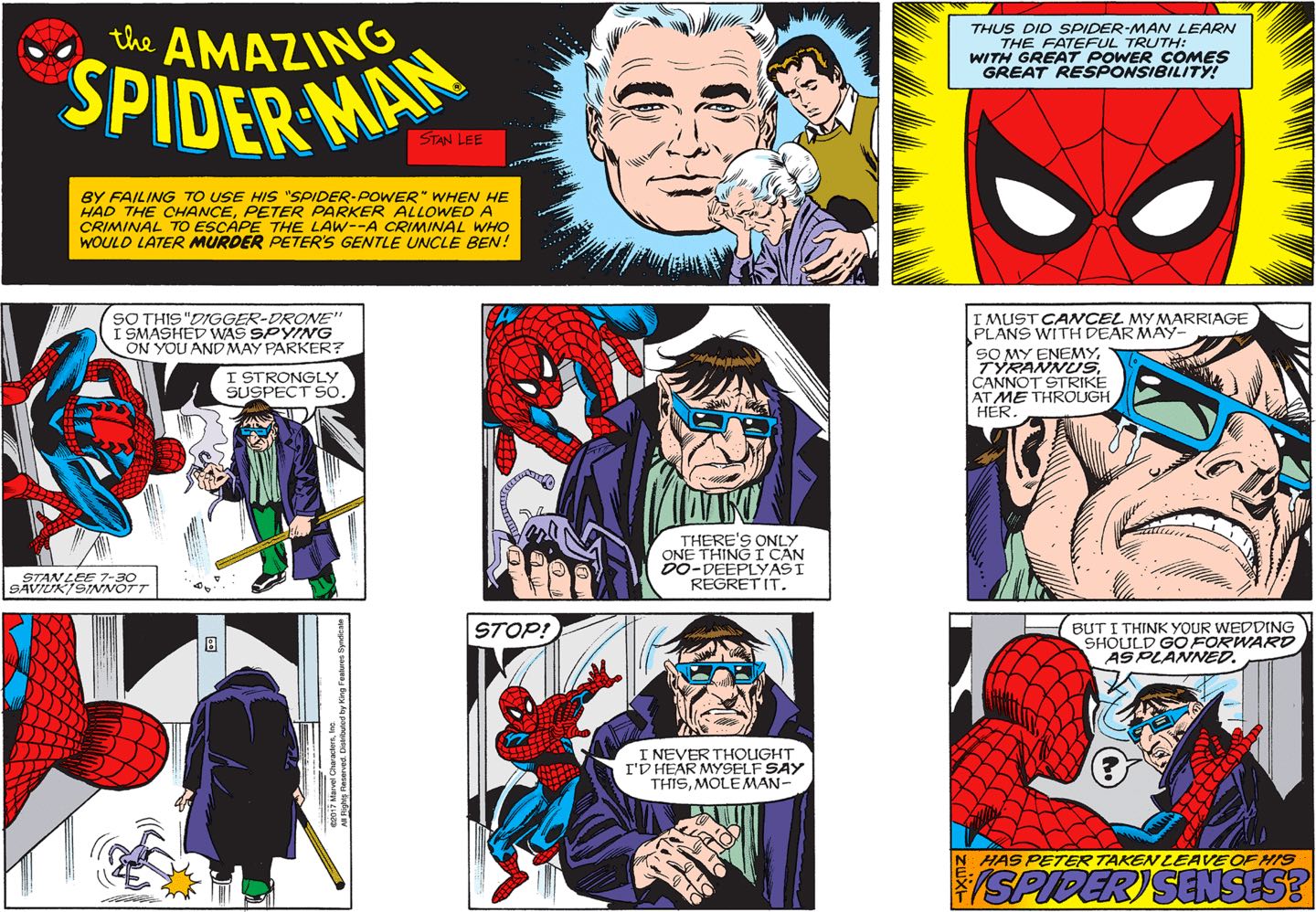 You know, this is the second Newspaper Spider-Man Mole-Man adventure I’ve covered on my blog, and it occurs to me that I don’t know if he has any particular … powers? … other than his now-lost political dominion over Subterrenea. He seems to have the ability to effectively hit people with sticks, but other than that, does he have … mole-strength? Mole-vision, which would be the actual opposite of a superpower? Why does he wear those glasses all the time? Does he even have eyes? According to Wikipedia, he has “highly developed ‘radar senses’ to help his weak normal vision,” and said vision was weakened when, soon after falling into the underground realm, “he suffered permanent damage to his eyes when he gazed directly upon a highly reflective deposit of diamonds,” which, that is in no way how any of that works, man. Anyway, the point is that today we learn that, whatever his vision situation, he at least has working tear-ducts, and a working heart (I’m speaking metaphorically here but no doubt his literal heart also works).

Meanwhile, we should believe Peter when he says that he never thought he’d hear himself say that he thinks his aunt’s wedding should go on as planned. That’s because he doesn’t want her to remarry, because he can’t handle not being at the center of her emotional life. He’s a real dick! 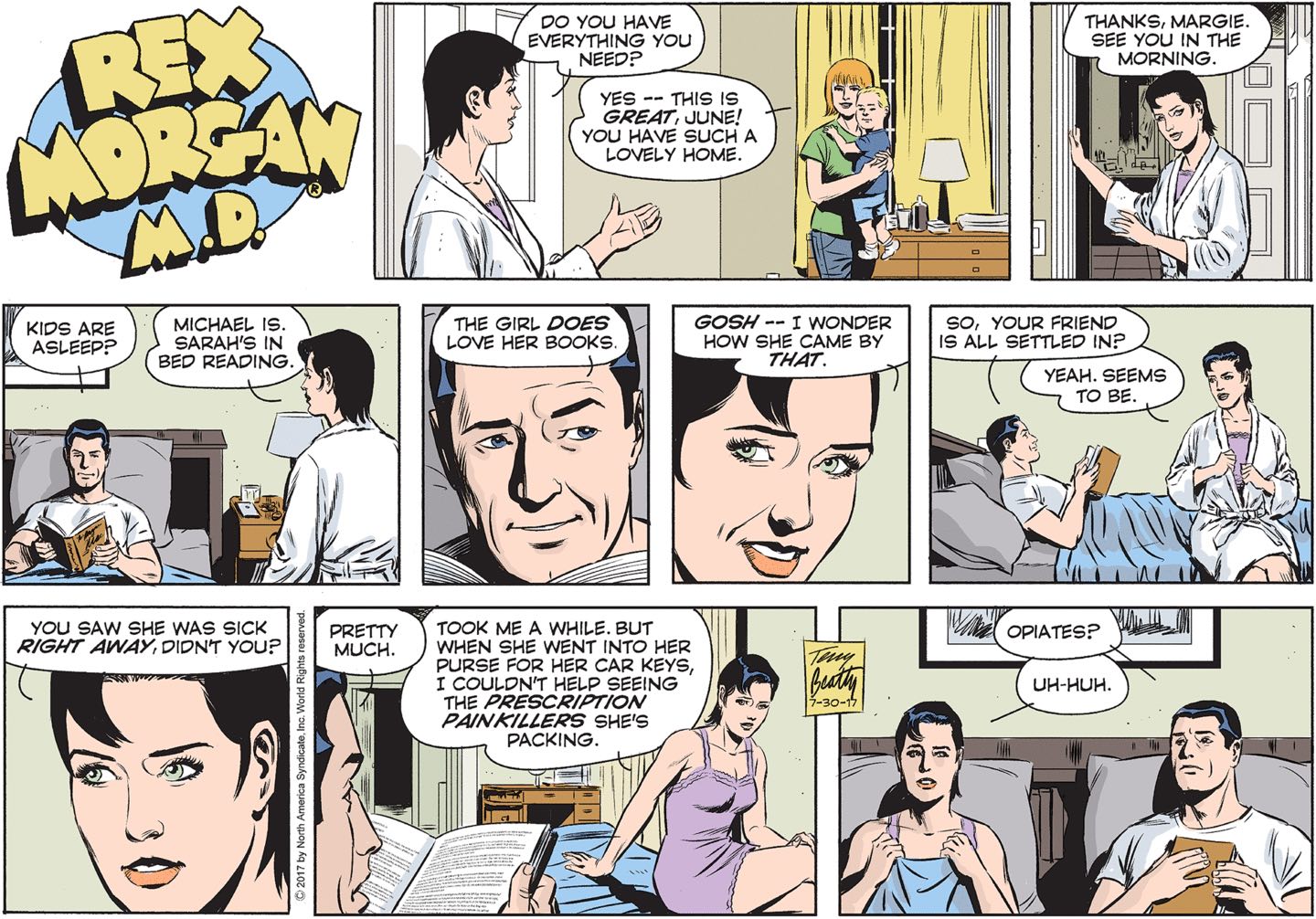 Ha ha, whoops, Margie isn’t dying, she’s just dying to get her hands on some sweet, sweet pills, and the Morgans are only people with a prescription pad that she has even a tenuous relationship with who she hasn’t alienated yet! Anyway, it’s nice to know that America’s #1 serial comic strip about medical issues has finally decided to tackle America’s current #1 medical issue, after having warmed up over the past year or so with storylines about non-blockbuster problems like sleep apnea and dehydration. 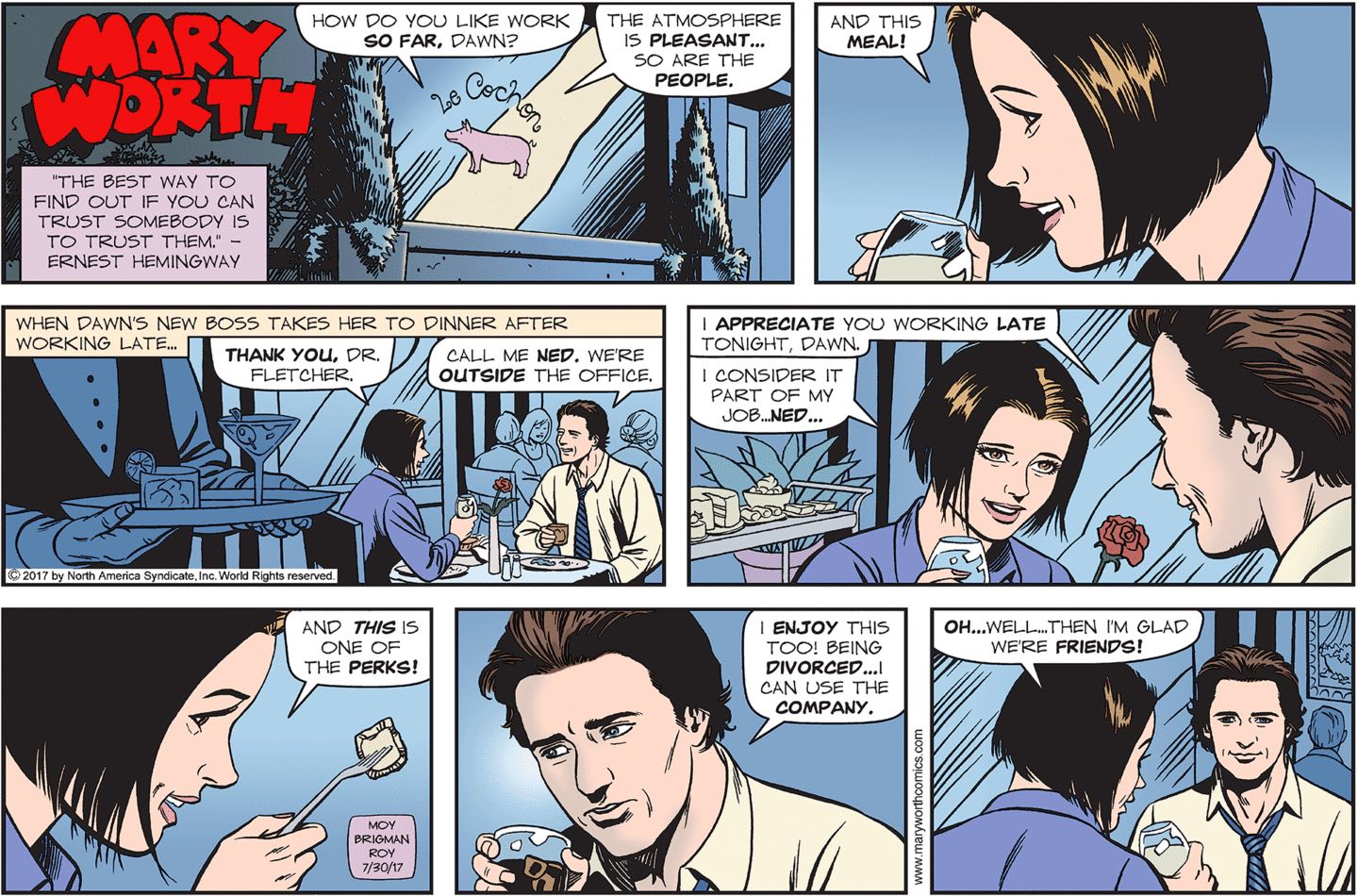 There are few things that will get Dawn “in the mood” like a cute guy muttering about his post-divorce loneliness while staring into a highball glass! This is gonna be one of those magical “when depressed and predatory meets naive and low self-esteem” romances that you read about in storybooks.