As you know, I go straight-up nuts when Gil Thorp brings back beloved characters from years past, so I guess I should grudgingly acknowledge that Beetle Bailey does sort of the same thing, in that over its 67 years in print it has introduces new ancillary one-joke characters, mostly to keep up with dimly perceived trends, and then subsequently abandons them when they get tiresome but very occasionally bring them back. Cosmo is Camp Swampy’s black marketeer, straddling the line between capitalist and con artist; the official Beetle Bailey blog says he’s a parallel to Milo Minderbender in Catch-22, which honestly strikes me as a little highbrow for this strip. Anyway, the idea that in Cosmo finds the transition from pool shark to day trader a natural one strikes me as an intriguingly radical superstructure for a joke, even though the “joke” is yet another one that assumes “Are you checking your friends on social media?” is a thing that any human anywhere would actually say. 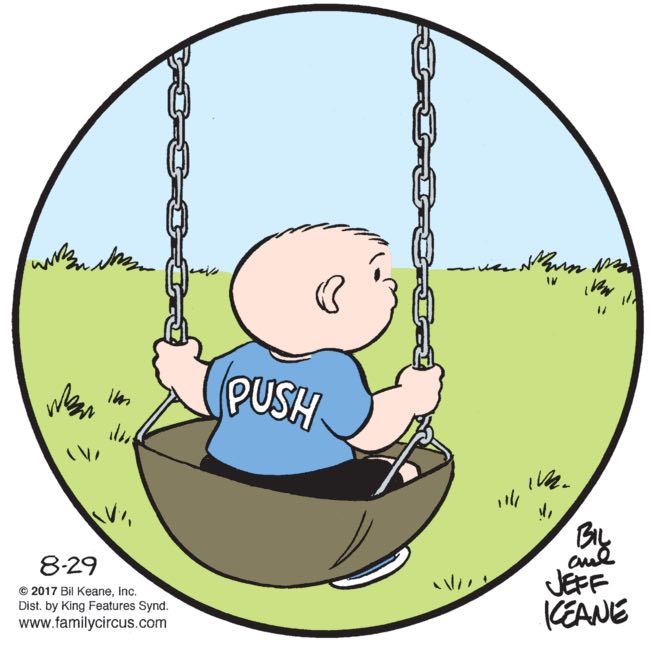 It really tells you a lot that, when the Keanes decided to abandon PJ at the park, they left him there in a shirt that says PUSH and not FEED.