I find crows a little uncanny, what with their keen intelligence and ability to recognize and remember human faces. So I’ve always been a little averse to learning too much about their ways, lest I freak myself out even more about them, but today’s Six Chix finally led me to fatefully Google “what do crows eat?” Because … what is that the crow is scarfing/ripping/tearing/shredding/mutilating in panel two there? Remember, the coloring is done by the syndicate — it doesn’t necessarily represent the artist’s intent. It sort of looks like a pile of leaves but then it also kind of looks like the gutted body of another bird, right? Those are little bird feed sticking up from the end of it on our right? As the nice bird-feeding lady looks on in horror? Anyway, turns out “crows eat frogs, lizards, insects and anything else they can catch and swallow. They’re also known to eat carrion.” After that, I decided I was ready to give in to full-on bird horror, so I Googled “will crows eat other crows,” but I only got as far as “Crows occasionally murder each other for reasons that mystify scientists” before I decided, you know what, I’m not actually emotionally prepared for this. 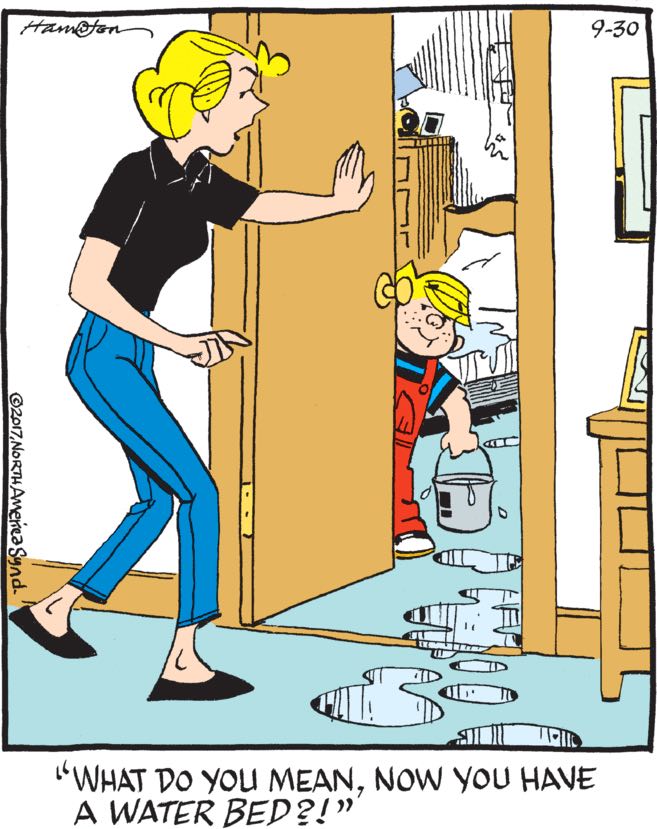 We joke a lot on this blog about the true meaning of menace when it comes to this strip, but really: is there anything creepier than someone — especially a child — doing something destructive and manifestly not in his own best interest, for impenetrable reasons of his own, with a smile on his face? At this point I’m just hoping that bucket is full of water that came out of the faucet, if you catch my drift. 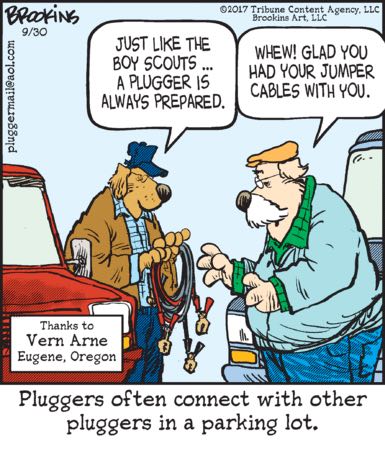