Oh, well, looks like those stone-faced characters just wanted to track Darin down so they could send him free classic comics covers! Don’t worry, it’s not all fun, though: he only gets them because beloved comics artist Phil Holt dropped dead. You remember Phil Holt, right? He was a stand-in for real-life comics legend Jack Kirby who was reduced to penury and forced to work as a caricaturist at children’s parties, where Darin met him by chance and they talked for maybe five minutes! Anyway, apparently that brief conversation was the most validation Holt received in his twilight years, so he left his only valuable possessions to Darin in his will, which not only has cast a pall of melancholy over everything but also appears to be about to drive a wedge of jealousy between Darin and Mopey Pete. 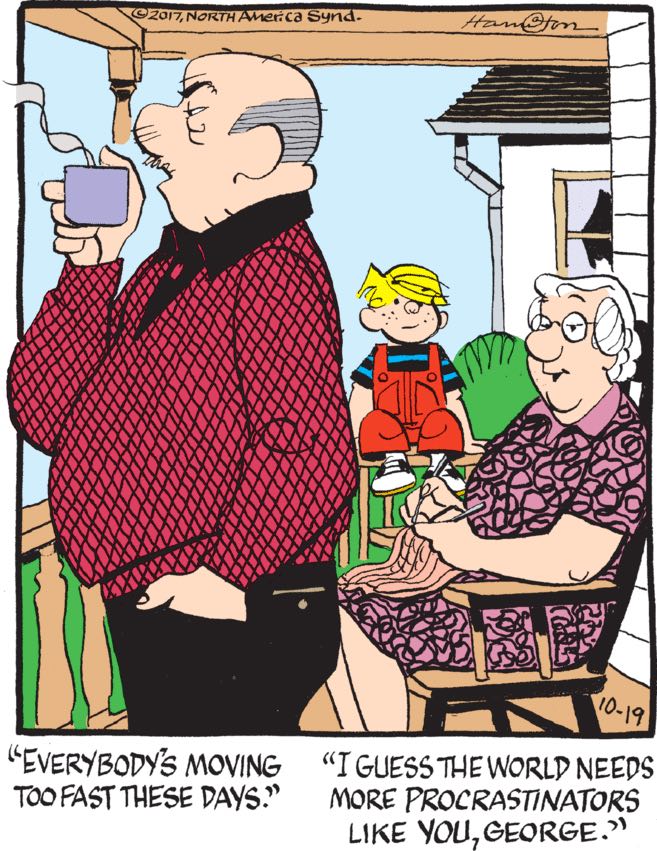 An underrated way to menace: just sit absolutely still and watch your target try to obscure his own impotence in a cloud of misplaced nostalgia.