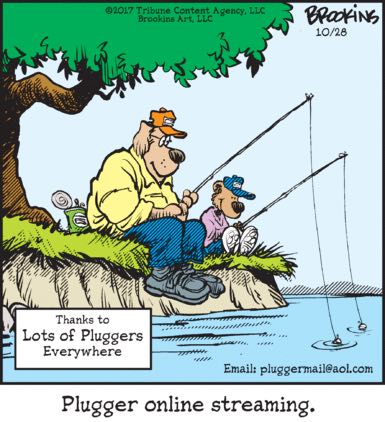 One of my favorite Pluggers attributions is “Lots of Pluggers Everywhere.” I just love the image of it, you know? Pluggers all over America encountering the phrase “online streaming,” in dribs and drabs, years after most people understood it. Maybe they’re asking their adult kids how they watch TV shows on they days they aren’t broadcast. Maybe their husbands got talked into signing up for the fancy new cable package and they’re trying to figure it out. They hear the phrase, and then they think — well, that just sounds like … you know! Hey, you know who would love this? They tap “pluggermail@aol.com” into their Windows XP PC. And at Pluggers HQ, the messages start coming. First a few, then more and more. Eventually it’s a mighty flood. Eventually, it cannot be ignored.

Oh, hey, it looks like the art forgery plot and the domestic violence plot are gonna be the same plot! The whole thing hinged on Buck’s kid having a keen memory of the specific cruel putdown his abusive ex liked to use for him. This story is is grim as shit.