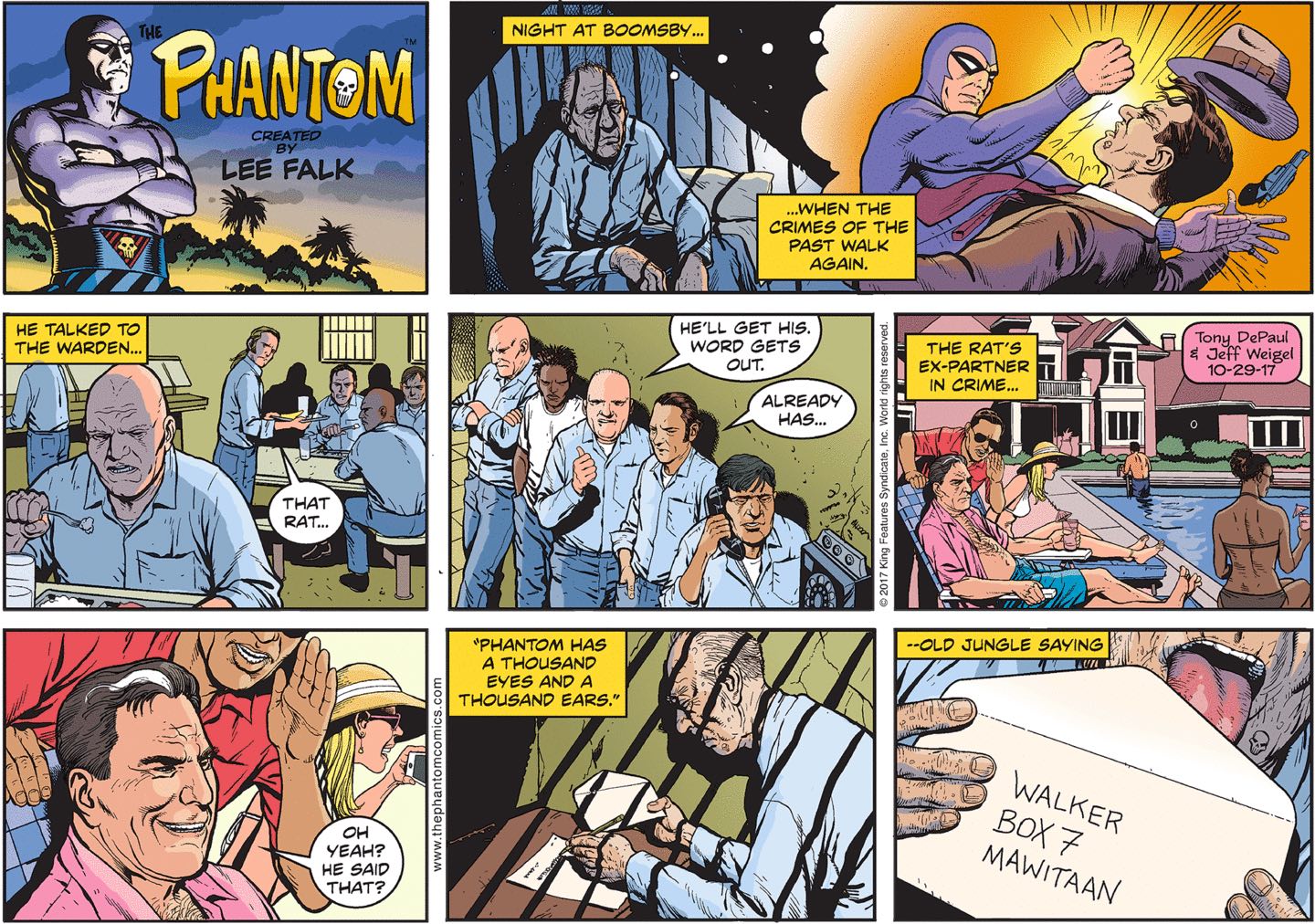 Oh, hey, remember this guy? The one who was all hyped to get out of jail after ratting out his former partner? Well, it turns out the warden doesn’t like rats and his fellow prisoners don’t like rats and his former partner definitely doesn’t like rats so it sure seems like his plan is not working out so great! Now I guess some wizened other prisoner who once long ago got punched out by the Phantom is … ratting out the rat? Does the Phantom like rats? Does he like meta-rats who rat out other rats? He seems generally pretty humorless and unforgiving so I assume he likes none of them, but let’s stay tuned to find out! 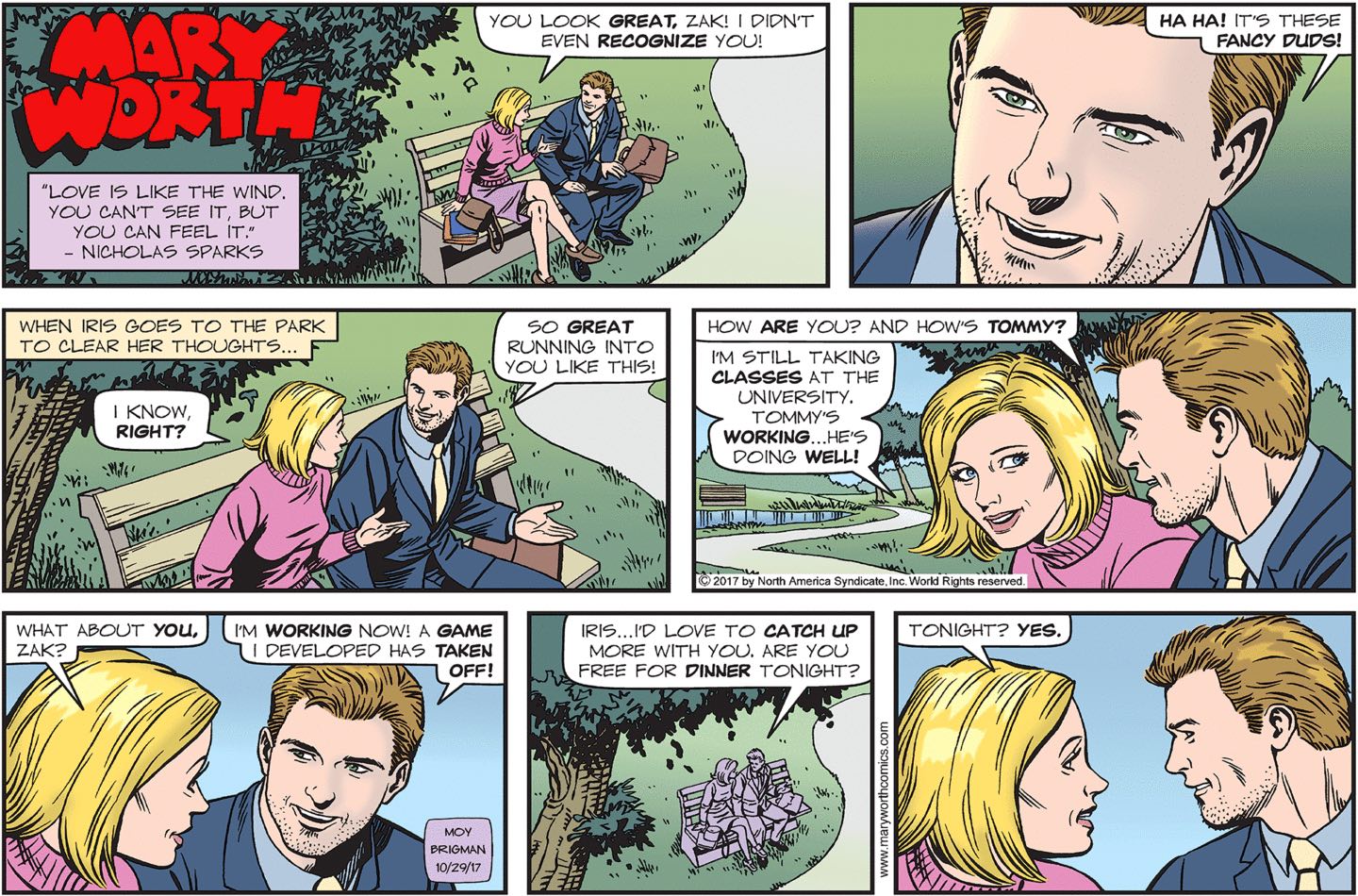 The third funniest thing about Zak’s sudden reappearance is that they’re treating this like he and Iris haven’t seen each other in ages and they’ve really moved along in their life paths since, when actually we last saw him in the strip like eight months ago, which I think translates to about a week and a half in strip time.

The second funniest thing about Zak’s return is the Mary Worth creative team’s apparently belief that, once someone drops out of college to strike it rich in a tech field like game design, they would of course get a haircut and start wearing a suit.

The funniest thing about Zak’s return is that he is definitely not anywhere near smart enough to be a game designer.