Oh my God, it was just yesterday when it seemed like the tornado bank robber storyline had at least until Friday before it limped to its conclusion, but then today, mid-week, BAM, we’re suddenly re-introduced to Chris “Dirty” Dyer, a rhino poacher who died as a result of Mark’s rhino-poaching-busting actions, but then later wasn’t dead at all and in fact planned to come home to America after years living in Africa for the purposes of “sport”, which we all assumed was a euphemism for “hunting and killing Mark Trail, his sworn enemy.” That last linked strip was way back in February and we hadn’t heard from him since, so it’s a true Christmas miracle to see him pop up here in glamorous Miami, thousands of miles away from where Mark is busy foiling the dumbest bank robbery/hostage scheme known to man. I’m very excited for The Hunt to finally begin, but I have to admit that it’d be pretty funny if every eight or nine months or so we just got a day or two of Dirty’s largely uneventful life after his return to the States. Today, for instance, he’s briefly mildly surprised after spotting a newspaper box, since all the US media he read online during his life as an expat in Africa led him to believe that print was dead. 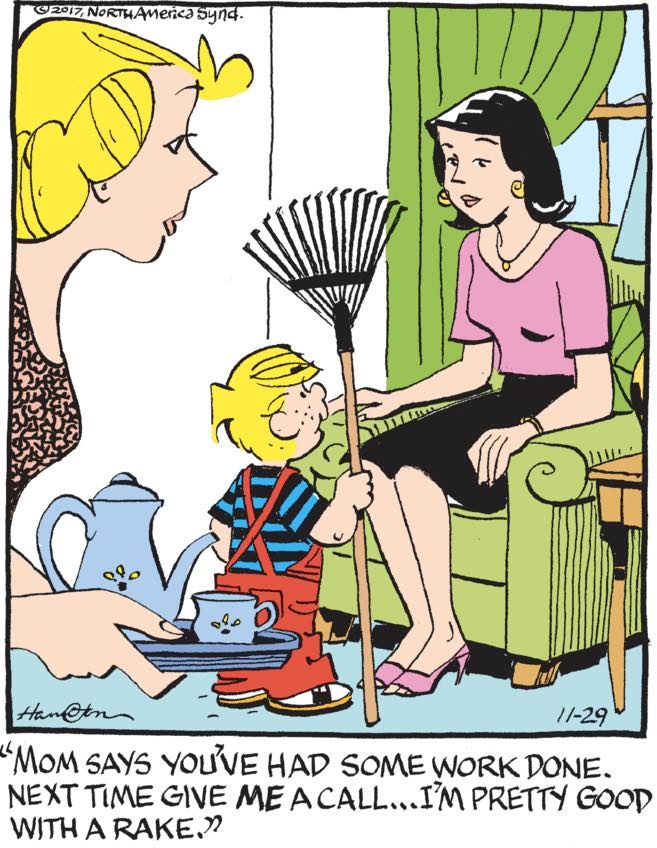 We get all sorts of menacing in this strip, from the subtle to the overt, but Dennis cheerfully offering to rearrange some poor woman’s face with a rake crosses the line into an outright threat. 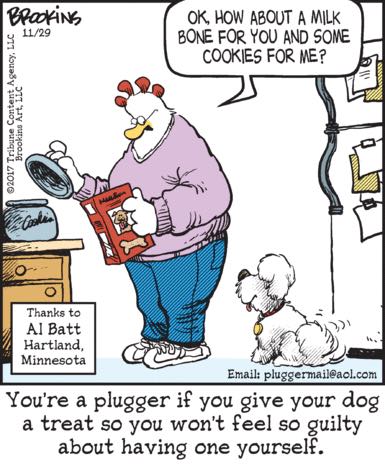 I guess the way I know I’m a coastal elitist and not a plugger is that I have my cat on a pretty strict mealtime schedule and whenever I eat a snack and she’s looking at me accusingly, instead of feeding her I defensively yell “I’M A HUMAN … A HUMAN” through a mouthful of Cheez-Its.

WELCOME TO YOUR NIGHTMARES EVERYBODY