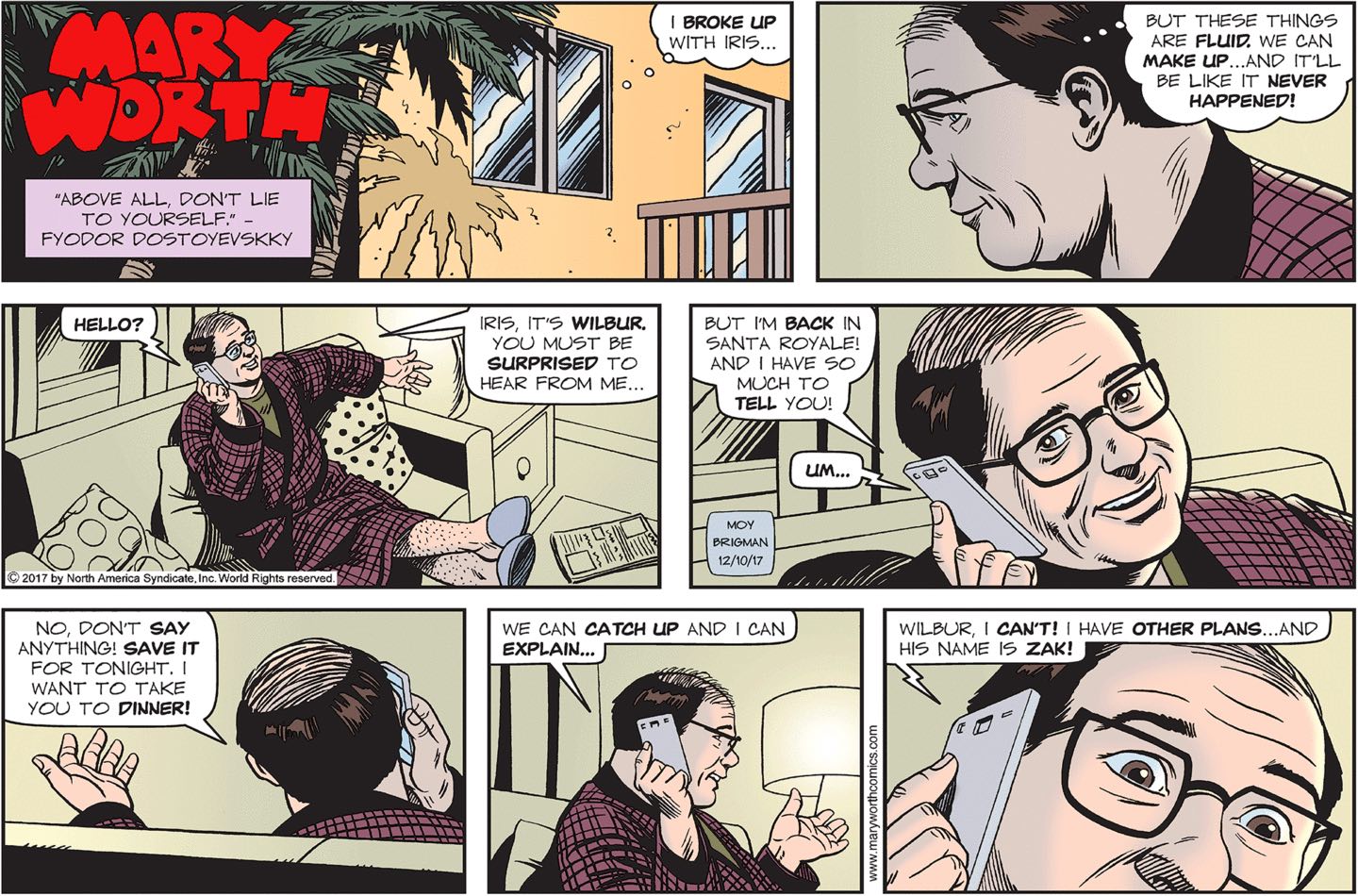 Ah, now we know why Wilbur couldn’t go out to eat with Dawn: He had decided to settle down in his comfy clothes and give Iris what she had been missing, which is to say Wilbur! He calls her in his robe because he’s offering dinner but he’s expecting her to say that he should just come to her apartment right away and let her run her hands all over his body, from his ankle stubble to his combover. Anyway, if Mary Worth just wants to show us Wilbur’s heart being broken, over and over again, you better believe I’m 100% on board.

I feel like the fact that Honeymoon Tracy and Mr. Bribery’s niece are friends has been established earlier but I don’t actually remember the details, like if either them knows the other one is on the other side of the law family-wise or what. I just want to point out that despite Neo-Chicago’s notorious Tough On Crime policies, the MALL is still a violent Scorsese-esque nightmare, with dudes weilding enormous knives just lurking in hallways waiting to rob unsuspecting teens. 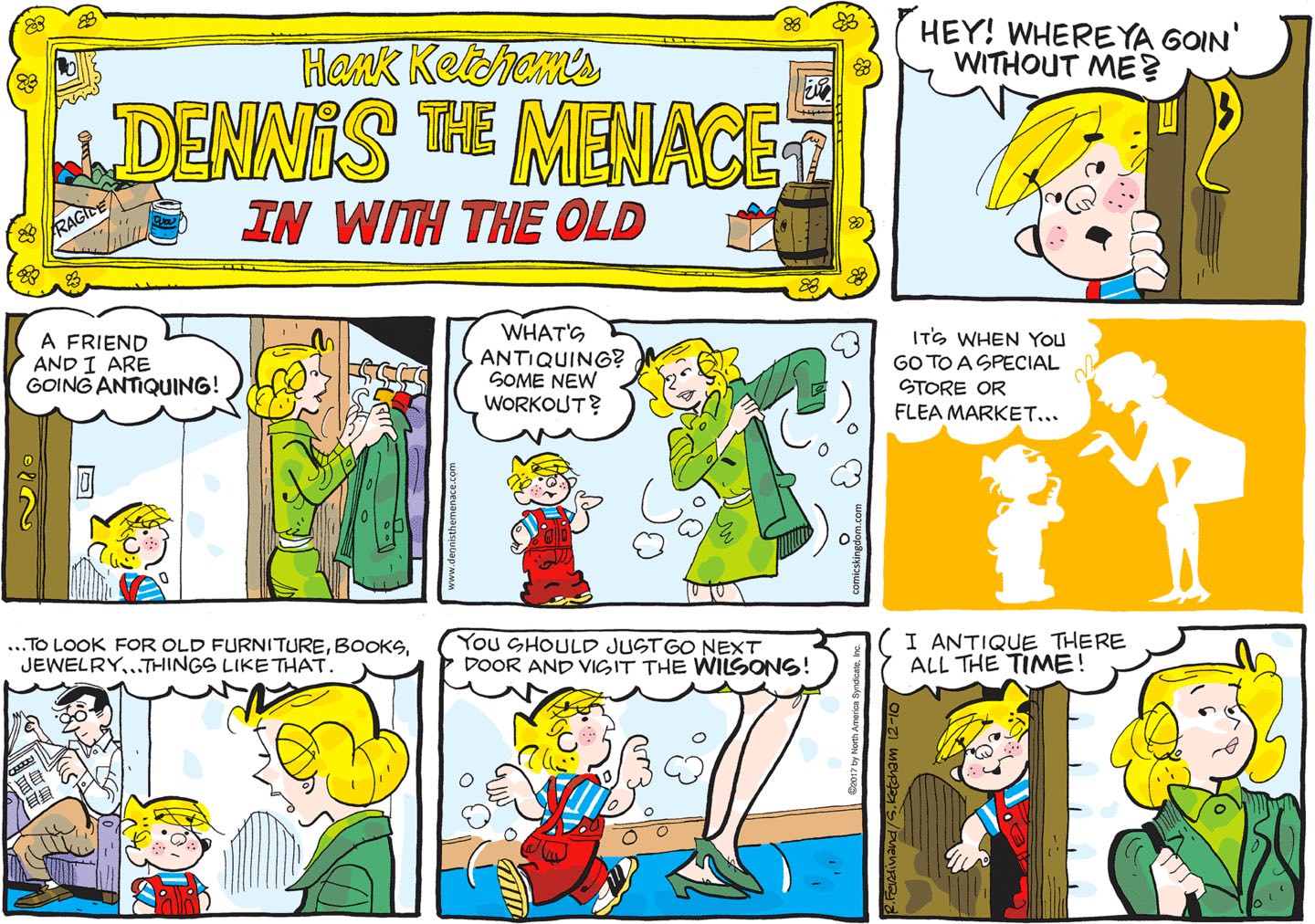 Not sure what’s more menacing: Dennis casually admitting that he knows the Wilsons are increasingly senile and don’t notice when he takes their stuff, or Dennis putting a guilt trip on his mom when she tries to sneak out for a few blessed hours of non-Dennis time.

The kids look like they’re about to beat Big Daddy Keane into a Christmas gang.