I suppose “Saul Lewman” is here because Mary Worth doesn’t want to run afoul of the notoriously litigious Newman’s Own foundation, but think about the implications here: Mary and Toby live in a universe where Paul Newman was never born, and where his counterpart had the somewhat more recognizably Jewish name “Saul Lewman,” but still became a famous leading man. Does that mean that Mary lives in a world that was, in the mid 20th century, less anti-Semitic? Did the Holocaust never happen in the Maryverse???? This is a can of worms that can’t be unopened!

Having never really read Spider-Man comics books as a kid, and having refused to see the James Garfield Amazing Spider-Man movies because of the absence of J. Jonah Jameson, I’m not really familiar with The Lizard, a super-villain who hasn’t made much of a pop-culture impact. Is his deal that he’s a real asshole who’s mean to everyone? That’s what I’m getting from his appearance here. Not that I’m complaining, mind you! 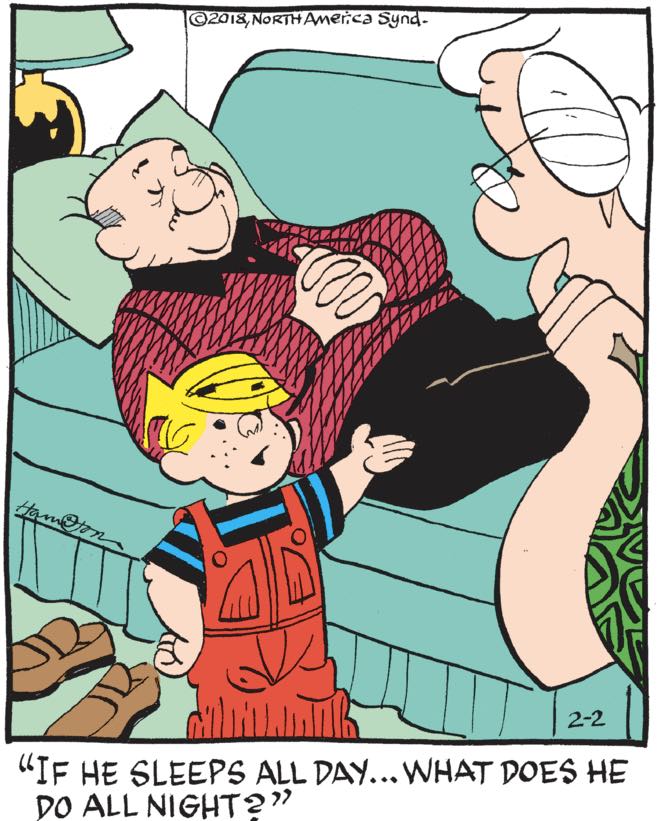 Mrs. Wilson covers her mouth in astonishment, as she suddenly makes the connection between George’s odd sleeping hours and the reports of a portly and stealthy masked vigilante who has been rumored to fight crime on the city streets in the wee hours of the morning.