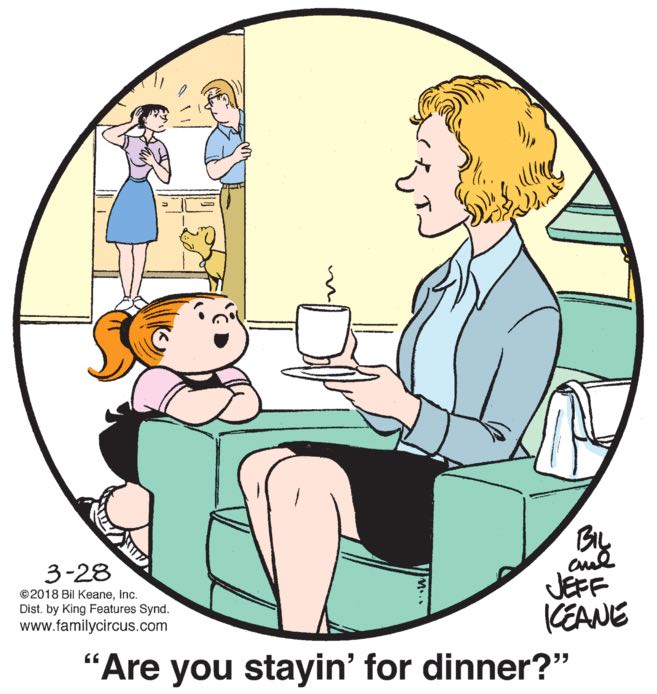 So all week Family Circus has been doing a “Daddy’s boss is coming to visit!” storyline, which has featured Ma Keane in particular in just a state of constant anxiety about, I guess, the state of the house and the presence of four unruly and (let’s be honest) unattractive children. Her level of freakout seems WILDLY out of proportion to the actual situation, and today’s panel — which would make next to no sense if you didn’t know the context — even more so. Like, can Ma Keane even hear what Dolly is saying from this distance? Does she really think her husband’s boss is going to insist that, now that a five-year-old child has invited her to stay for dinner, the Keanes are honor-bound to feed her? Honestly the only way this all fits together is if Thel has been suspecting for years that Big Daddy Keane was having an affair with his boss, and in this panel he’s just gotten finished telling her that they’re running off together, tonight.

Hey, remember Toni Bowen, the network news’s main reporter on the Spencer-Driver beat, who brought America both the “Neddy has violated OSHA rules in so many ways” story and the “April is a international criminal, just not the way everyone thinks” story? And then she got fired? Well, she and Sam have bumped into each other down at the supermarket, and the sexual tension is palpable! The only question remaining is how exactly April, who’s still Randy’s wife and is keeping remote tabs on him via his own security systems and is also a literal assassin, is going to assassinate Toni, to death, until she’s dead. 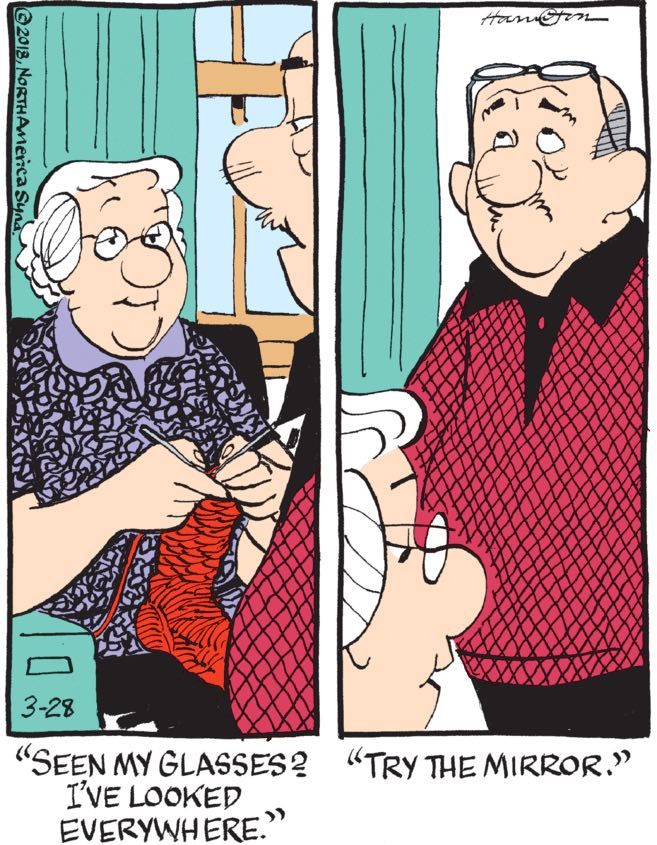 I mean … I guess I’m not married to the Dennis the Menace brand, but I still think it’s a little late to pivot to an “old people do the darndest things” model, even if the readership is like 90% old people at this point.