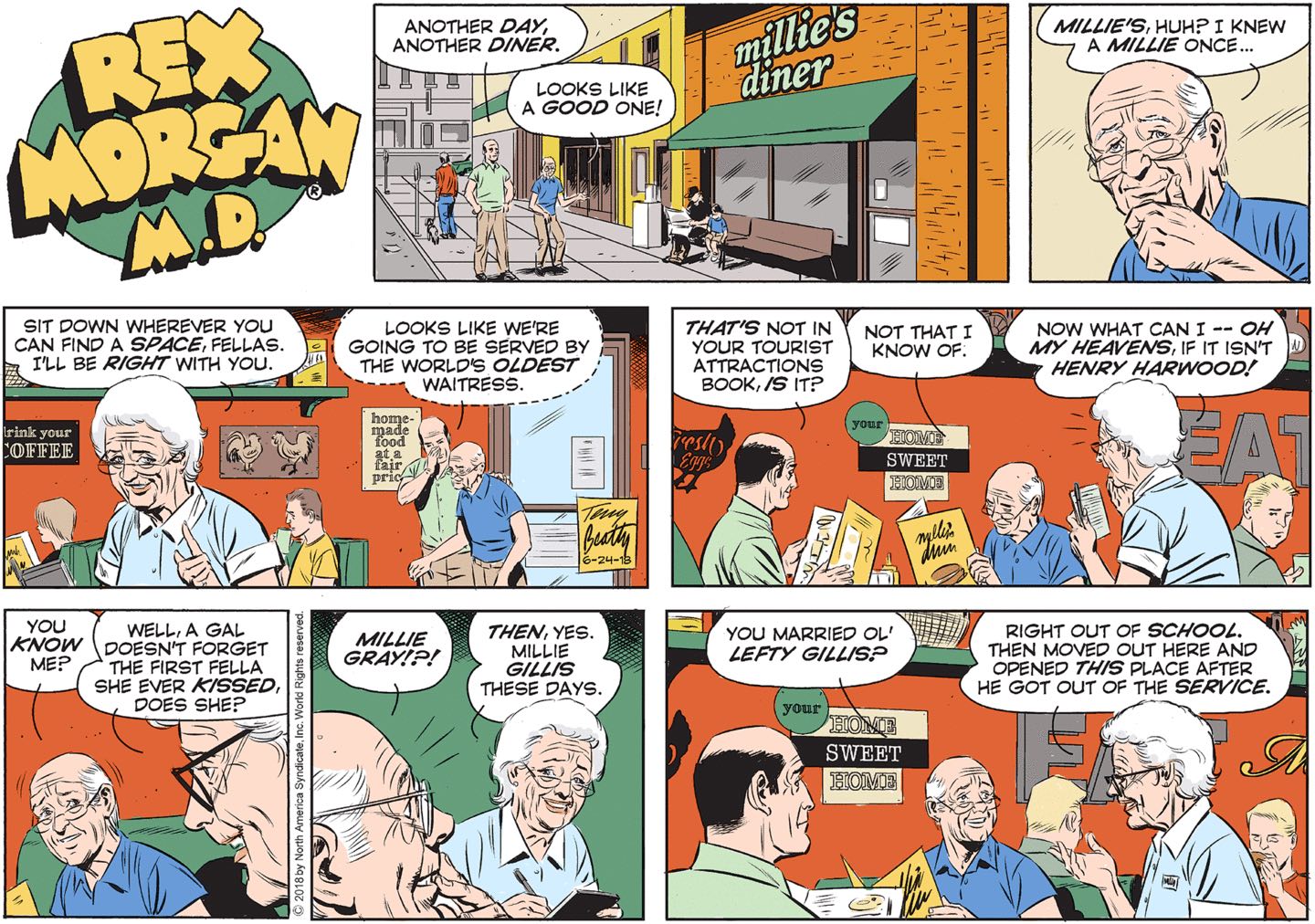 Those of you who are longtime OG Joshreads dot com trufans remember how in the early days of this blog we had a great deal of fun with the Canadian soap opera-ish comic strip For Better or for Worse, and one of the days we had the most fun with it was January 26, 2005, when the strip came up with an inexplicable and hilarious series of words a Canadian tween might use to denigrate a classmate for her promiscuity, the most absurd of which was “roadside.” What I’m trying to say is, the two Hanks have been doing their tour of roadside attractions for weeks, and now Hank Sr. has finally encountered a “roadside” “attraction” in the form of Millie Gray! Sorry, Lefty Gillis, your gal’s about to be swept off her feet by her first love, a big shot horror comics artist who has an RV and everything! Sorry, Hank Jr., you’re gonna have to find a non-RV place to sleep tonight! If this RV is rockin’, it’s a sign that it’s a little unbalanced, so don’t come a knockin’, as it could tip right over! 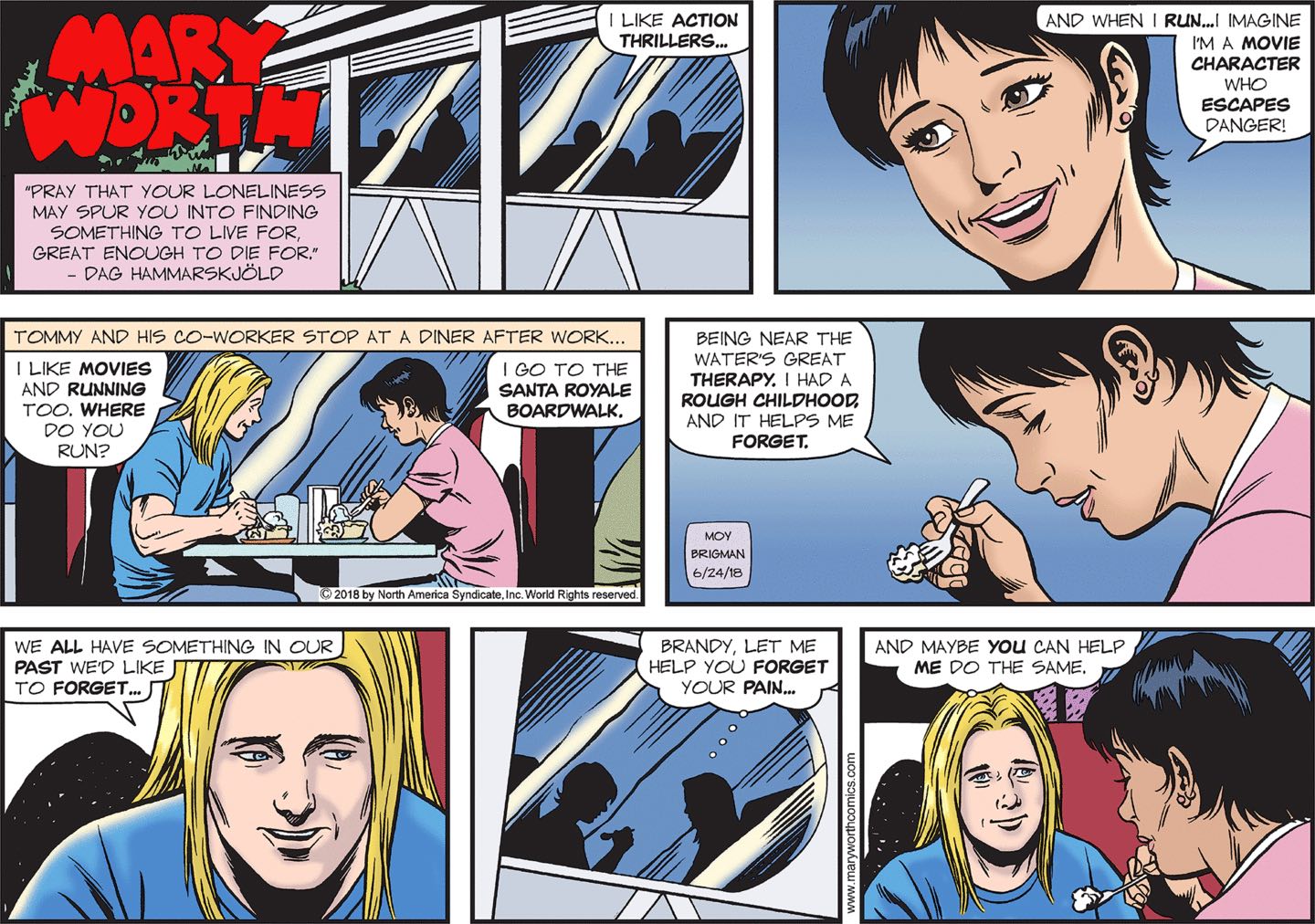 Brandy: A woman haunted by a vague, intrusive fantasy that she’s desperately fleeing from the faceless adversaries trying to track her down and kill her, a woman comforted by the white noise of crashing waves on the beach. Is she the perfect match for a ex-con pill fiend who was wildly incompetent at every aspect of being a drug dealer? Looks like we’re going to find out! 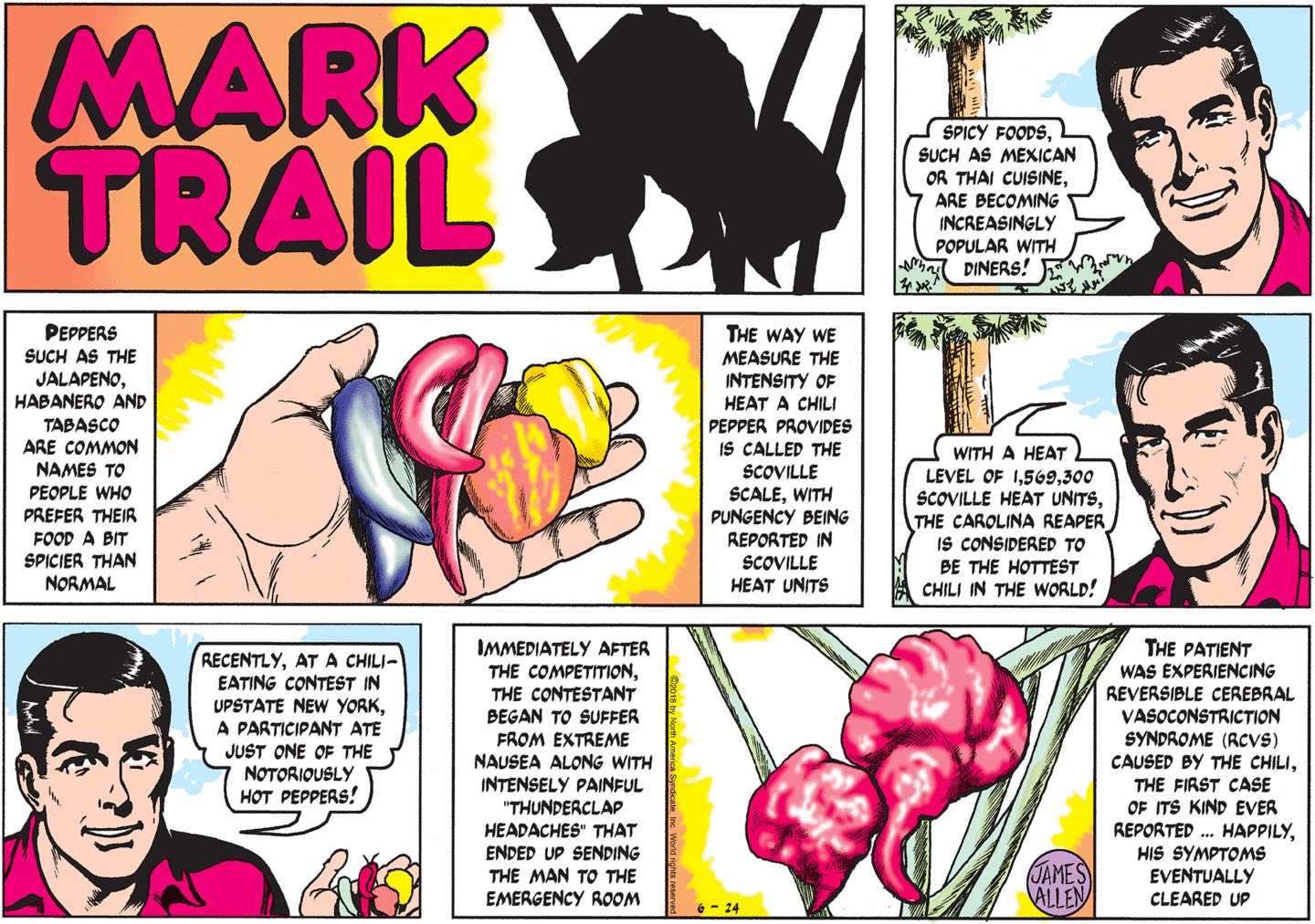 Mark Trail wouldn’t be my first guess as to which soap opera strip character would show up with a cherry-picked anecdote to explain that, sure, spicy foods from weird foreign countries are becoming increasingly popular, but they’re probably detrimental to the health of God-fearing Americans and we should stick the flavorless boiled meat dishes our Anglo-Saxon ancestors enjoyed, but, you know what? It’s definitely not a surprise or anything. 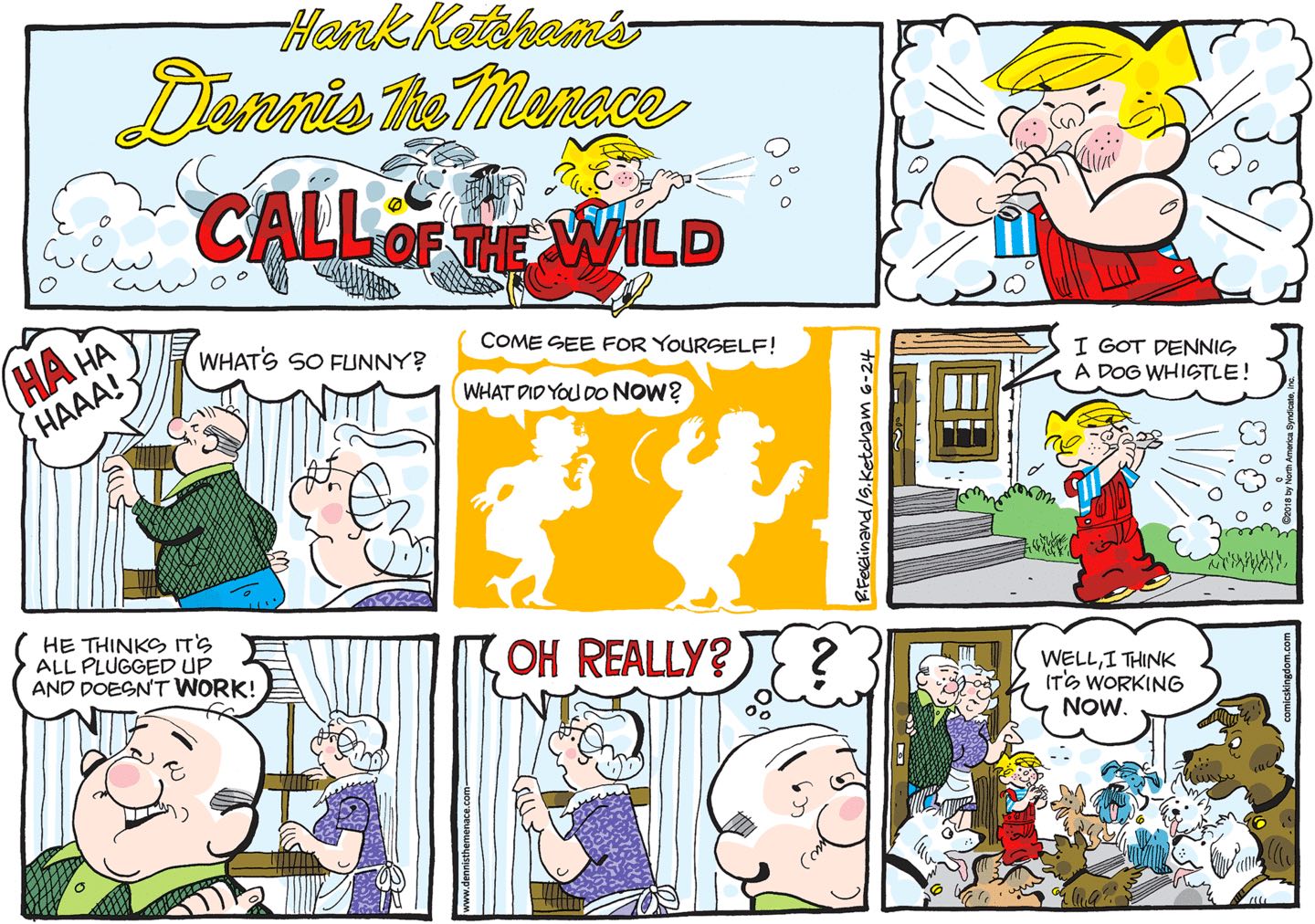 Summoning a pack of neighborhood dogs of all shapes and sizes to do his bidding? Pretty menacing, I would say!

“Prototypical persons with NPD present with many interpersonal problems and comorbid disorders, such as depression and bipolar disorder, with consequent increases in risk of suicide, alcohol and substance abuse, and eating disorders” is a sentence from the Psychiatric Times that I’m just going to leave here for no reason!