Been a while since I kept you updated on the thrilling story of Heloise in The Phantom after she personally defeated the Nomad, the terrorist mastermind her father could never catch, by knocking him unconscious with her phone. Heloise handed the Nomad over to the cops, and then, presumably to escape revenge from the Nomad’s fanatical followers, fled with Kadia (the Nomad’s daughter, who didn’t know until just now that her dad was the Nomad) to the consulate of her home nation of Bangalla. Now they’re about to be rescued by the president of Bangalla himself, and let’s just say that country’s official self-presentation as a thriving post-colonial democracy governed by the rule of law isn’t quite buttressed by the head of state personally spiriting a family member of the shadowy leader of a paramilitary force out of the United States to avoid unpleasant questions from law enforcement. Bangalla may insist that the main heritage of their British colonial past is an elected parliament and independent judiciary, but in fact it appears to be President Luaga’s insistence on wearing morning dress 24 hours a day.

I turn to the comics not just for amusement, but edification, and to that end I am pleased to have Learned Something from today’s Gil Thorp. Specifically, I have learned about the Robb Report, which began as a mimeographed newsletter selling Rolls Royces and Confederate memorabilia and somehow morphed into an odious ‘lifestyle brand’ publication mainly consisting of pictures of Rich People Things, which, isn’t that what we have Instagram for? Anyway, it was well worth learning all that so I could appreciate the absurdity of Robby saying, confidently, to presumably dozens of radio listeners, that on his report, “the richness is in the words,” proving that despite his claims to be a wordsmith he doesn’t actually know how “richness” is used in contemporary English. It would be better if he claimed “the richness is in the frosting,” and this whole thing with the billboards was just an attempt to drum up interest in his website of cake recipes.

Let’s try, if we can, to avoid thinking about Jannie’s increasingly hilarious vaping technique and instead focus on Ian’s grading strategies. What do you think his emotional arc is over the course of the semester? Is his plan from the get-go to lull his students into complacency with good grades in the opening weeks of the semester only to smash their hopes and dreams later? Or does he begin each class convinced that this year the students are actually going to appreciate his talents, and only turns on them when it becomes clear that isn’t the case? 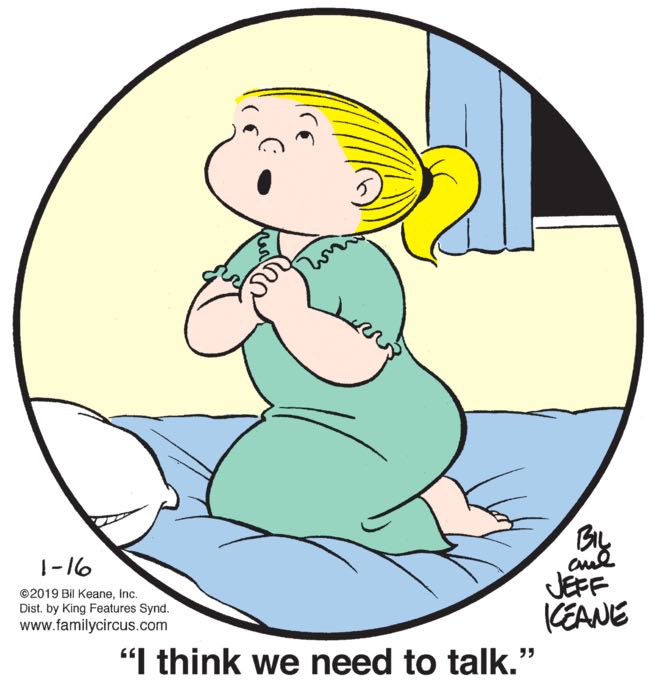 “They said that blondes have more fun but that doesn’t seem to be true at all! Now people just realize I’m related to Billy! I hate Billy!”