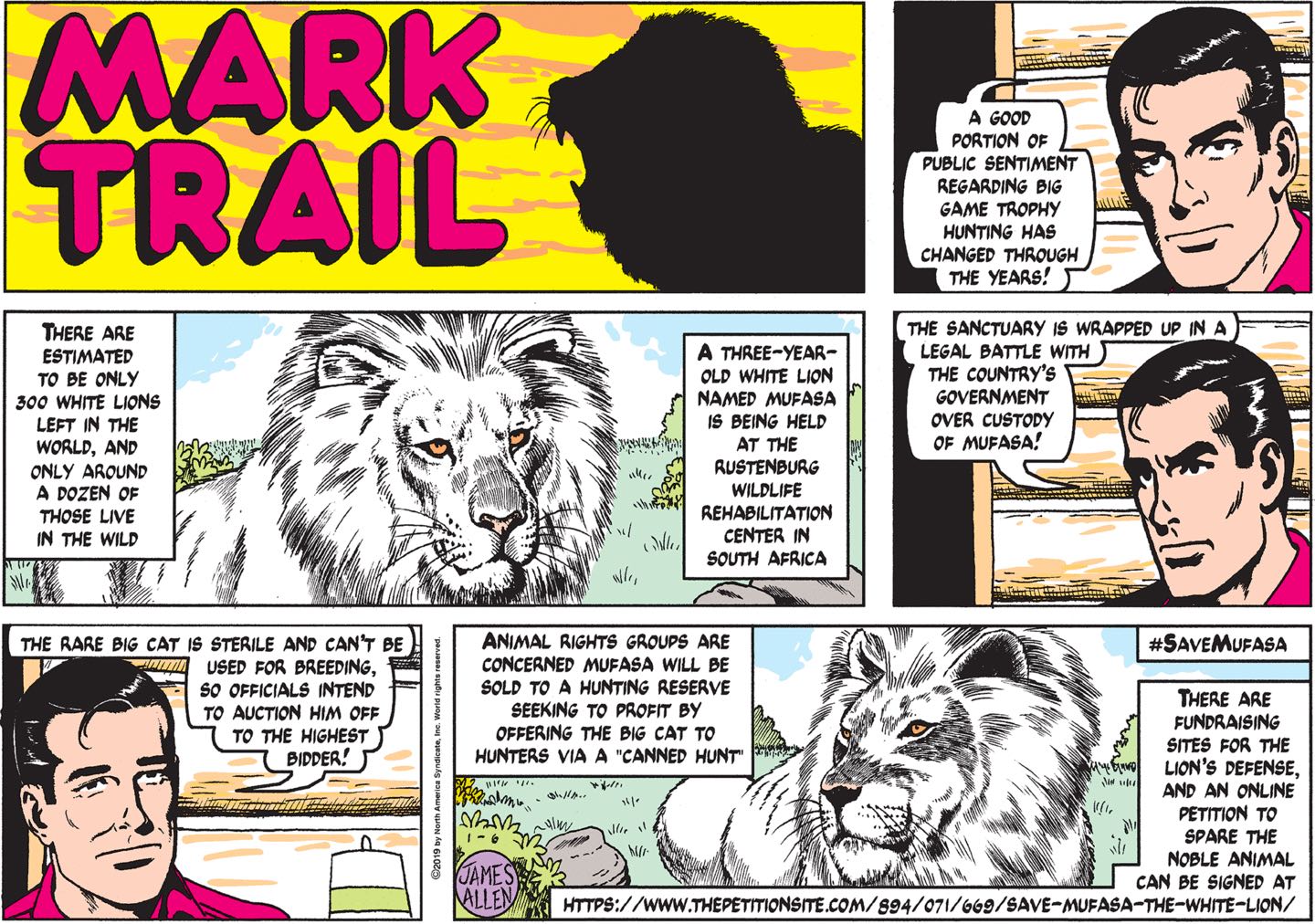 Mark is kind of oblique in panel one about the change in public sentiment on big game trophy hunting, but what he’s really hinting at is that Mark himself was at the forefront of opposition to canned hunts long before it was fashionable! True Trailheads remember the delightful story from 2010 (summarized here) where Mark’s neighbor set up a fenced private hunting preserve as part of a plan to get elected governor (really), and the man’s own stepdaughter’s pet deer (YES REALLY), named Lucky (I KNOW), almost became a victim! But were there #SaveLucky campaigns? Was there an online petition site at https://www.thepetitionsite.com/383/290/338/save-lucky-the-normal-colored-deer/? There was not. There wasn’t even an internet back then, as far as Mark knew, because he still writes his stories on a manual typerwriter and only had a flip phone until 2016, so Mark just had to punch the dude in the face instead. 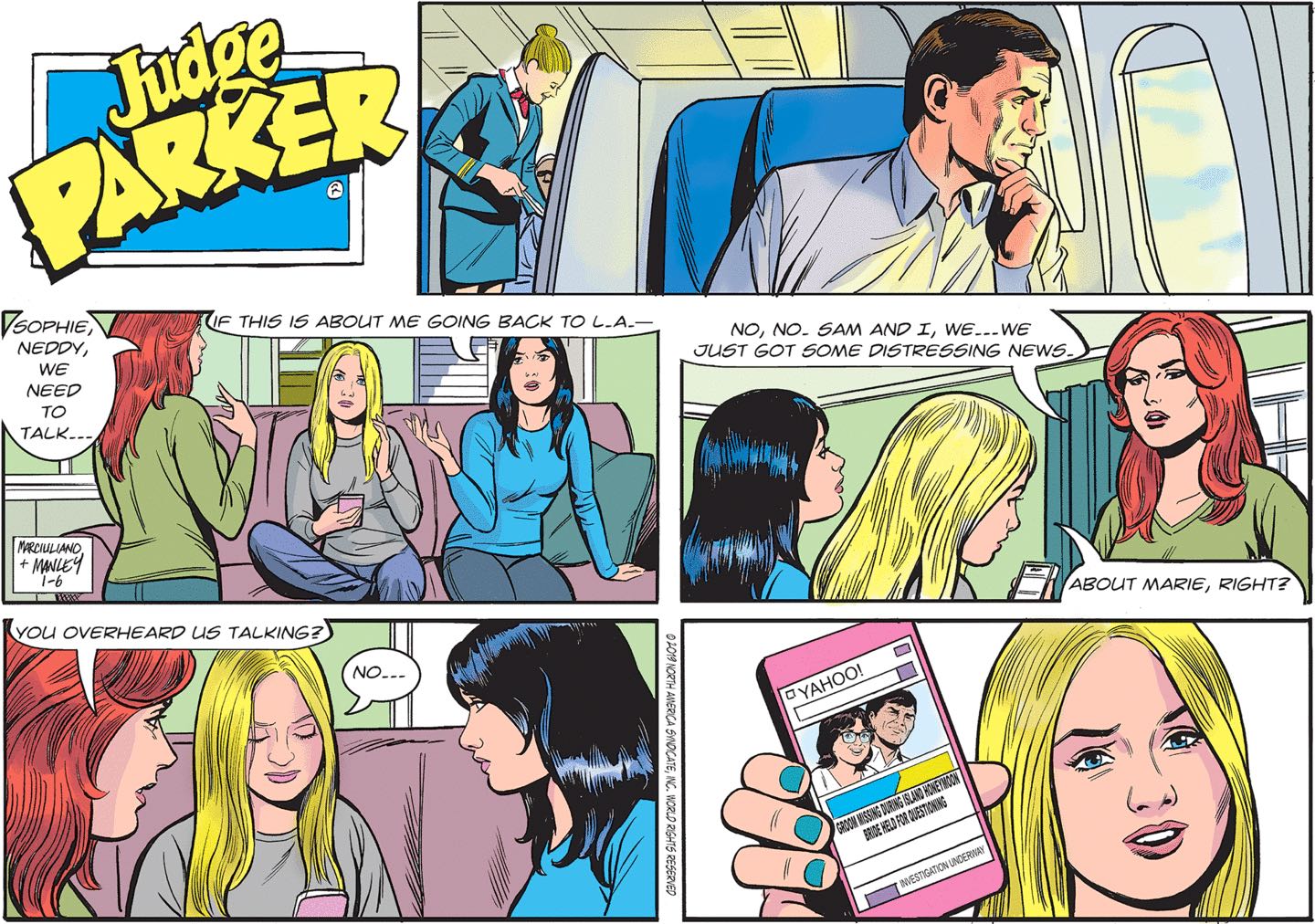 Remember when Sophie was obsessed with collecting data and learning about the nuances of modern third-world conflicts. Well, now she’s getting her news from Yahoo! Yahoo! This is just sad.

There’s a guest writer filling in for a two-week “Minit Mystery” in Dick Tracy, and given the overall current vibe of the strip, it’s pretty bold to hinge the whole plot on nostalgia being literally toxic. 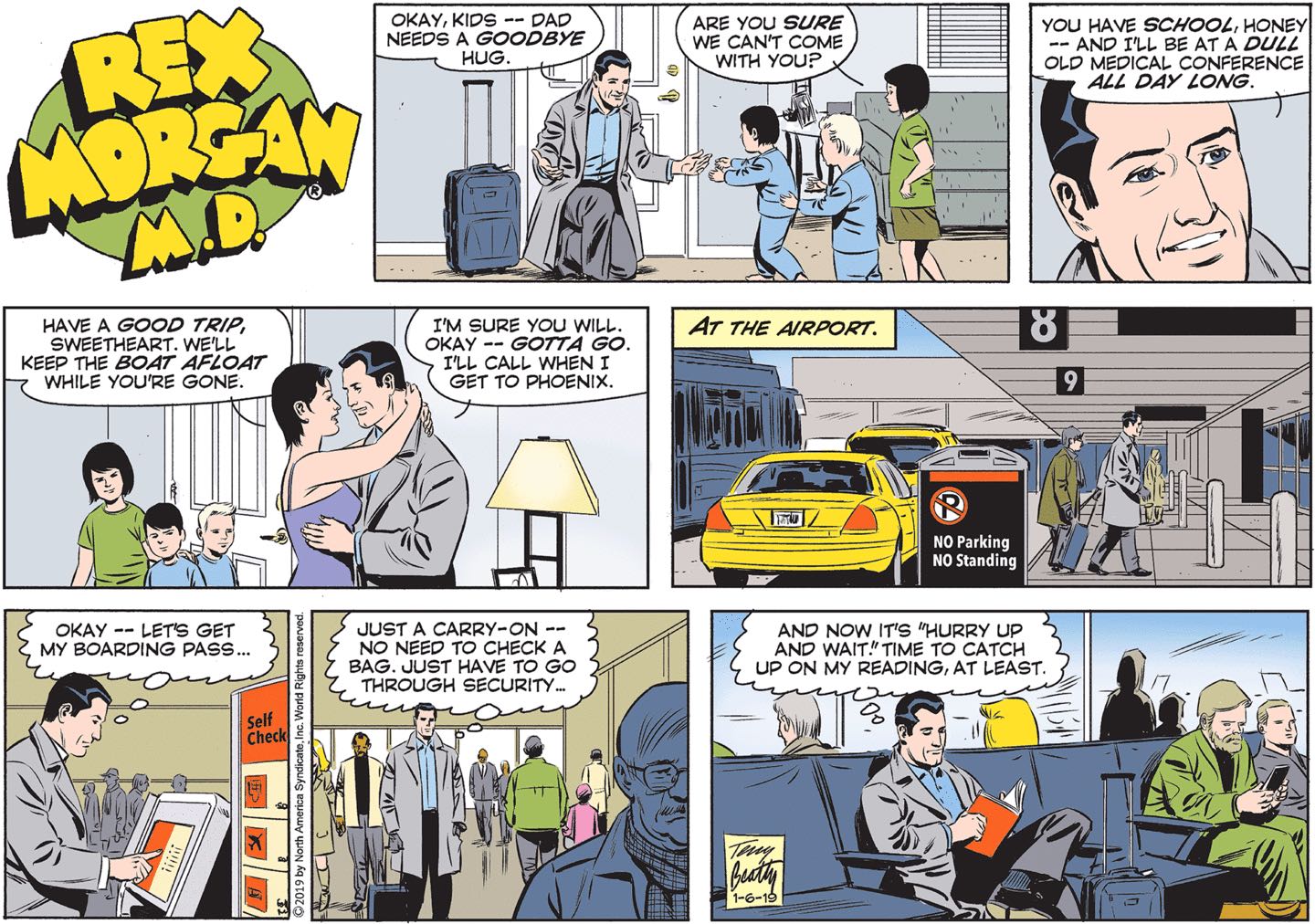