I’m really enjoying Rex’s grim facial expression as he slides safely to earth here. Brayden may have a weirdly adult affect, but at least he’s letting out a rowdy “whoa!!!” Rex, meanwhile, is thinking back to his time in grade school, when he was surrounded by other children who didn’t treat slide-time with the extreme seriousness it deserved. Now he’s going to show them how it’s done, by God.

Oh, whoops, it seems that it’s just the prospect of therapy that has supercharged Mike Filion’s basketball skills. But now that he’s doing great on the court, maybe he doesn’t need therapy at all! You know what they say: winners don’t use drugs, but winning is a more powerful drug than anything the scientists at GlaxoSmithKline could come up with! 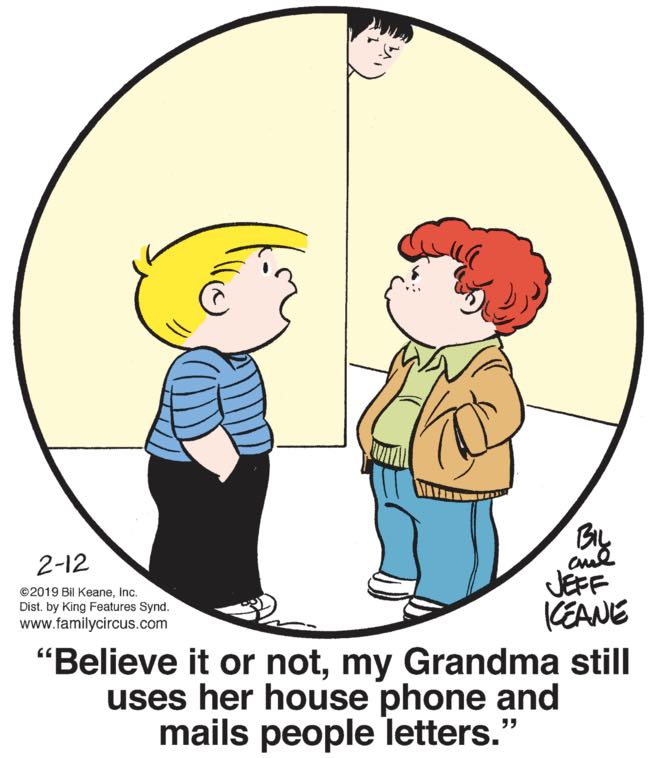 Not sure who this ginger is or how he managed to wander into the Keane Kompound, but Ma Keane is clearly taking no chances of any unauthorized interactions transpiring between him and her brood. Is he here to steal valuable Keane darndest-thing-saying intellectual property???