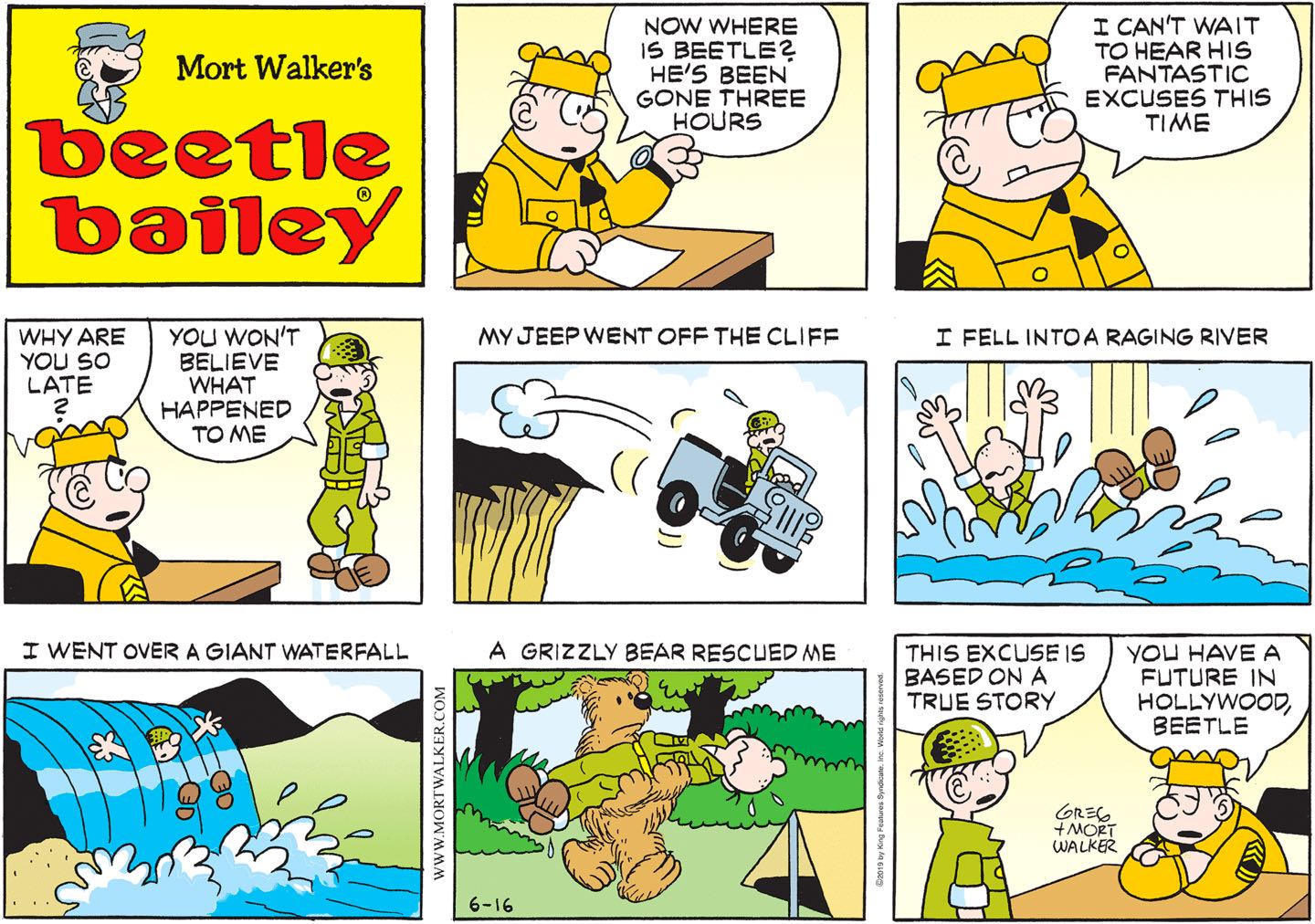 Gotta say, I don’t agree with Sarge here. Beetle is entirely passive in this tale, swept along by events without taking action or seizing control of his own destiny. And then there’s the bear that enters the story in the third act: what’s his deal? Is there an emotional connection between him? What motivates him? Without seeing inside his head he’s just a deus ex machina. Beetle needs to read Robert McKee’s Story or at least Save The Cat and then do some extensive rewrites if he has any hopes of getting this script optioned. 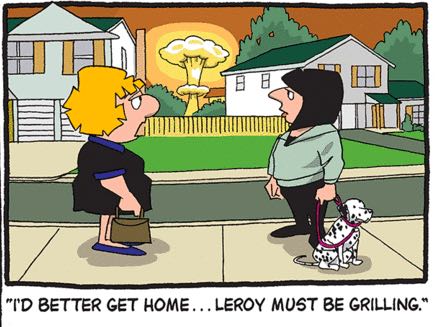 This is the sort of Crankshaft-esque exaggeration that has no place in the Lockhorns, which is usually brutally realistic both in its setting and in its bleak emotional landscape. That’s why I’m choosing to believe that things really are as they seem: the bombs are dropping, nuclear fire is destroying everything, civilization as we know it is about to be annihilated. Loretta knows that she has only seconds before the shockwave hits and burns the skin off her bones, just seconds left to get in one more passive-aggressive dig in at Leroy. He’ll never know what she said — he’s probably dead already — but she feels like if she doesn’t, in some strange way she will have failed him.

Fun fact: 96 percent of tadpoles die before they reach adulthood! Happy Father’s Day, frog-dad, sorry about the awful emotional carnage in store for you