Oh, hey, here’s what the real story with the gold mine turned out to be: some bad guys robbed a dude at the Tucson Gem Show and took his gold nuggets, but then two of the three bad guys died in a shootout with the cops, and so the last bad guy hid the nuggets way out in the desert somewhere, and then, five years later, picked up some impressionable young wrangers/vet students and lured them out to the desert with nonsense talk about a magic wandering gold mine so he could “find” the stolen nuggets in the “magic mine,” which has to be the most convoluted method of laundering stolen money I can possibly think of. Then he left behind a framed newspaper article with the context necessary to figure all this out in a treasure chest! It almost hurts my head, how much sense this all makes. 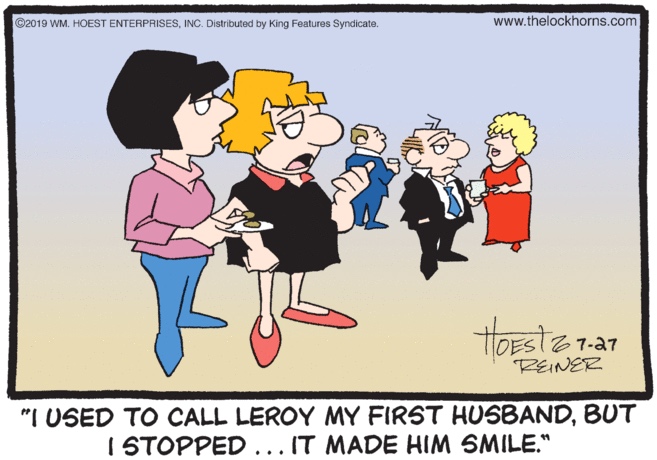 I’m really enjoying Leroy’s glum facial expression as he stands far away from his wife, talking to nobody at this party. In a way, doesn’t he represent all of us? Isolated and alone at a social gathering, floating in some weird void, while our supposed loved ones talk shit to someone else?

“It’s as if they’ve lost any agency of their own and exist only to be rewards for us! Rewards we definitely haven’t earned!”