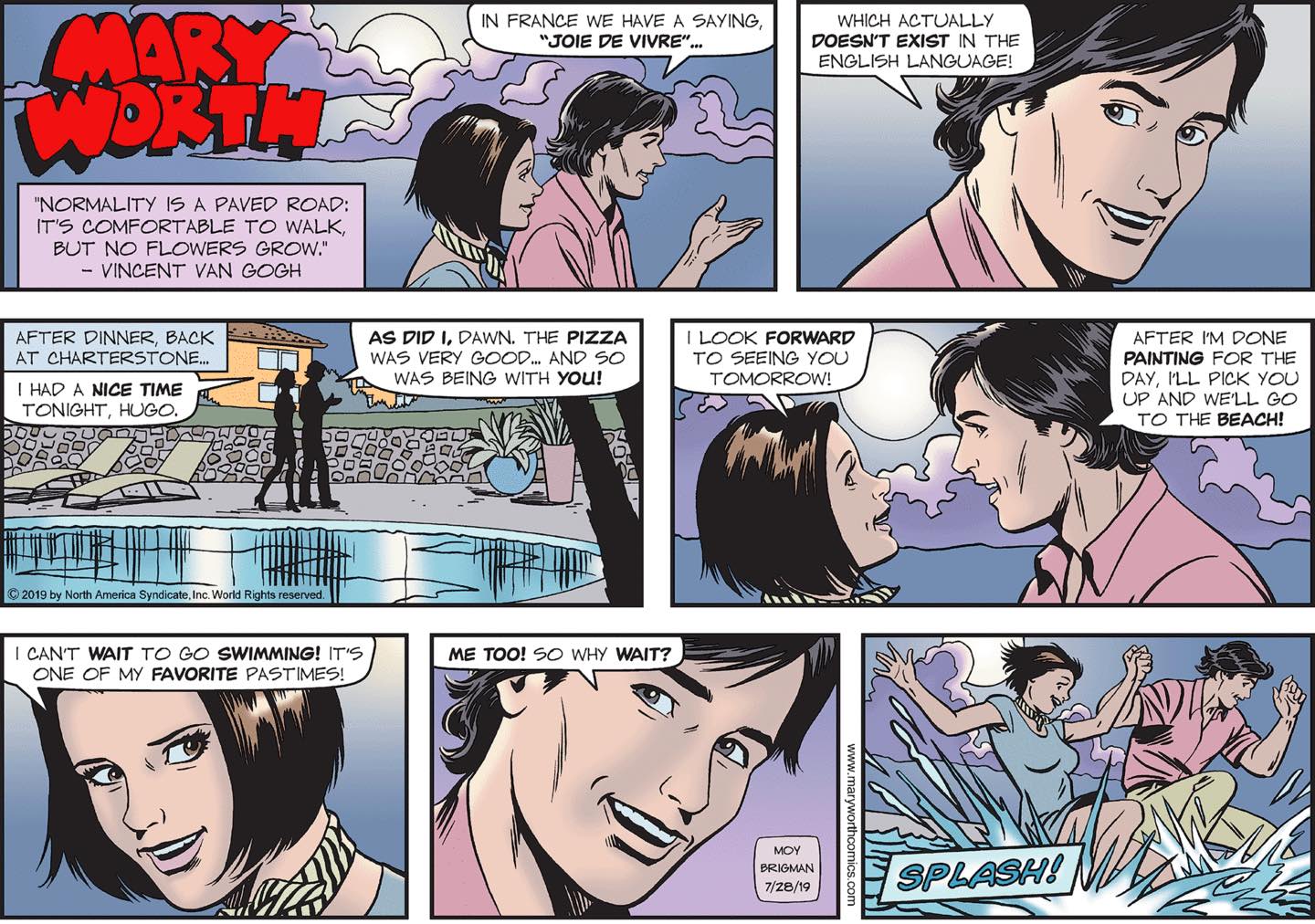 Hey, Hugo, “joie de vivre” is a phrase, not a “saying,” first of all, and you know what? We do have that phrase in the English language, and it’s “joie de vivre”! Because English just incorporates whatever words and phrases it wants from other languages, and then English speakers use them in day-to-day conversation, so they become part of English! Coup d’etat? Deja vu? Those are English now! Our language grows and changes because we don’t have a government-appointed commission trying to keep it pure, like French does! And that’s why we’re number one! [gets a chant started to the rhythm of “USA USA”] ANGLOPHONES! ANGLOPHONES! ANGLOPHONES! 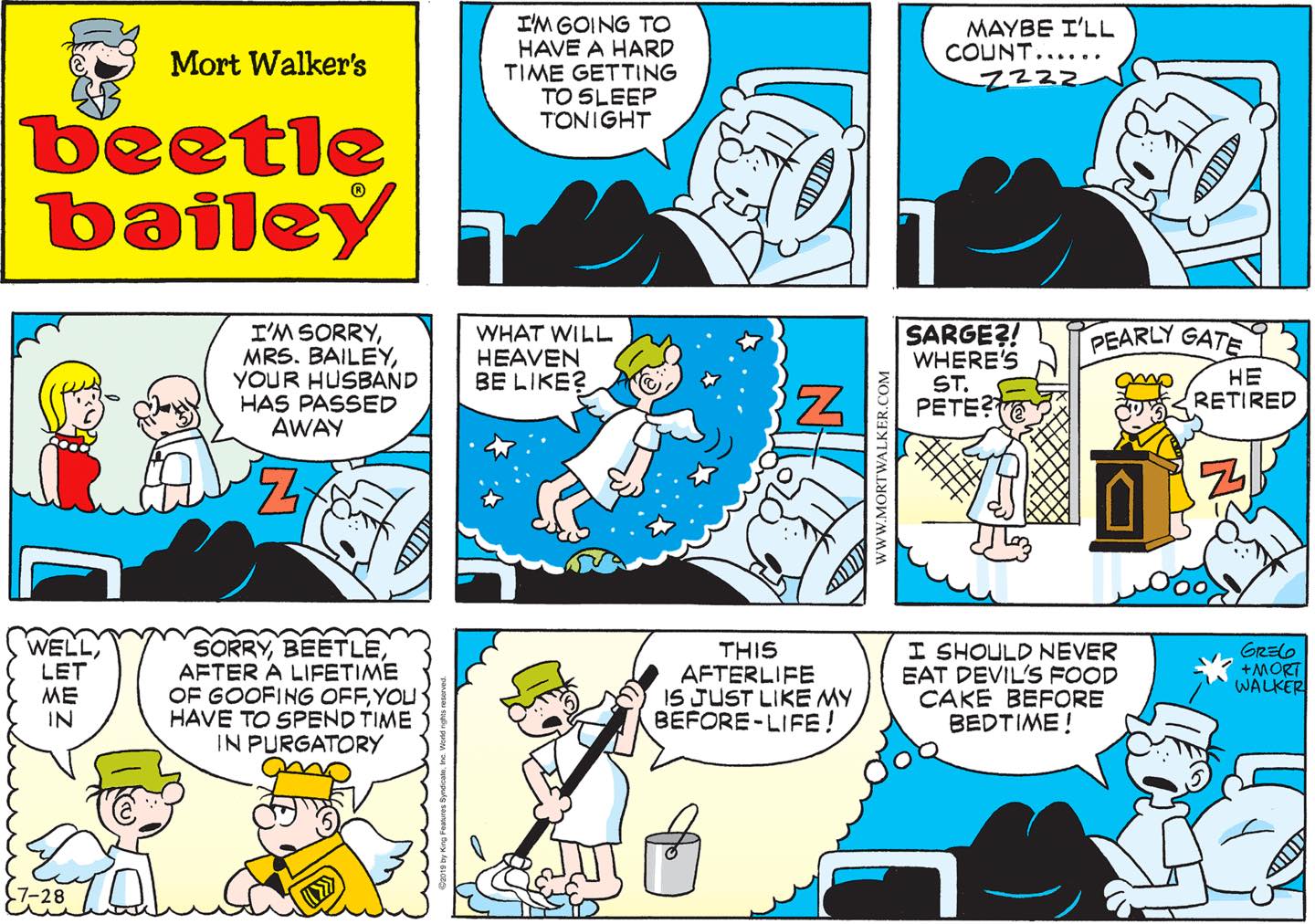 What’s your pick for the most unsettling part about this fantasy Beetle has about being unable to escape the drudgery of Army life even after death? To me, it’s the fact that, even though he and Miss Buxley are married indicating this is in some indefinite future, he seems to have died at more or less the same age he is now, not when he was old or anything. What did he die of? What did he die of??? 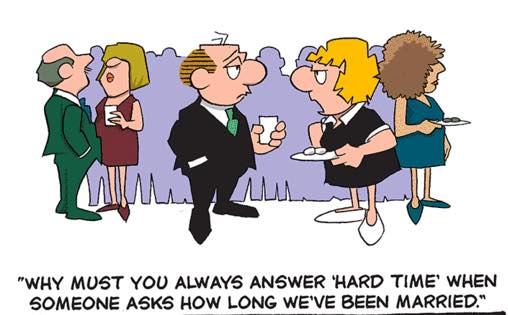 “It’s ridiculous! There’s no context where ‘hard time’ designates a length of time! It’s a reference to how you spend your time, or where (like in prison). This isn’t clever wordplay at all! It’s just a confusing non sequitur and you need to cut it out.” 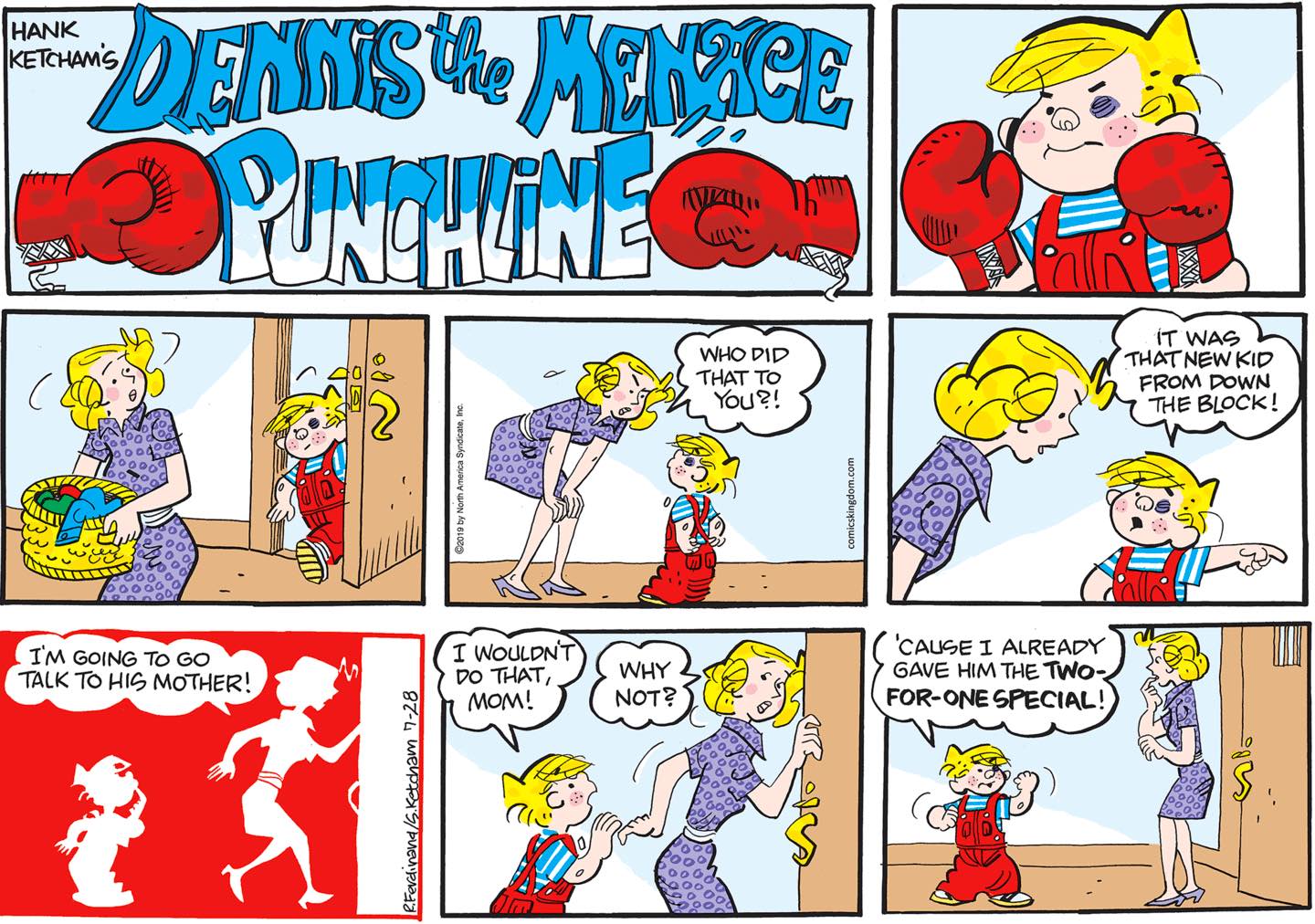 So, uh, Dennis got into a fistfight with a kid up the street! Like, I’m not even sure if I have joke to make here but I feel like it’s worth bringing to your attention. He punched that kid right in the face!