Oh, ha ha, the thing he was wearing: his football helmet! His football helmet, which this highway patrolman yanked off his corpse to present to his widow. Do you think there’s some blood and brains and stuff inside there? Probably at least a little, right? 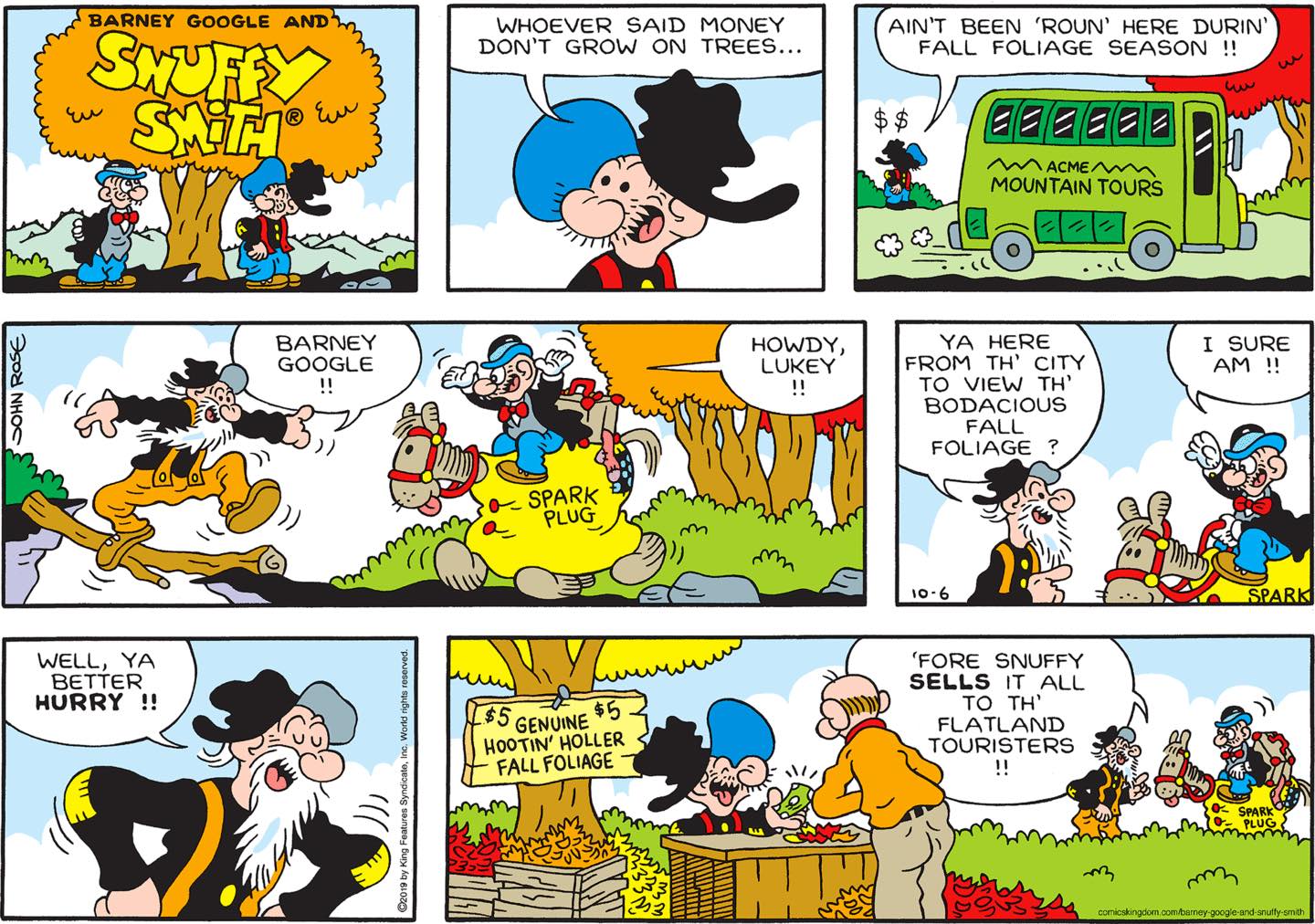 I guess I’m kind of surprised that a newspaper comic did a strip about how undeveloped rural communities often turn to unsustainable extractive industries for short-term economic survival because they don’t have the luxury to consider the long-term consequences. But now that one’s here, I’m not at all surprised it’s a Snuffy Smith. 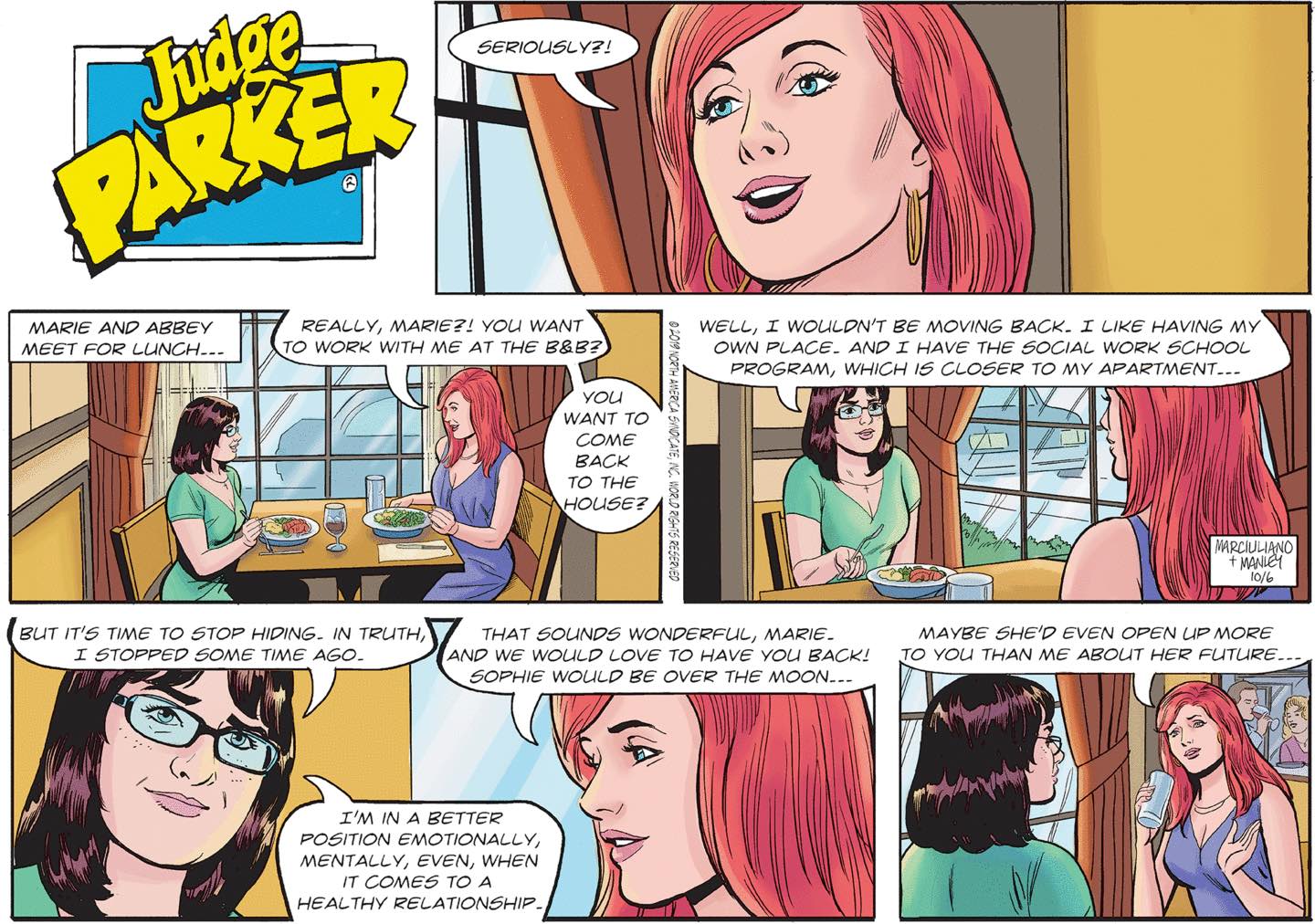 Were you worried that Marie’s new gig with the Spencer-Drivers wouldn’t entail a bunch of emotional labor? Well, good news!