Ah, I think we’re about to learn this storyline’s valuable lesson: it’s very important that you not go to some doctor for normals and poors who accepts your cut-rate health insurance, because he’s just going to diagnose you with old. No, you need to go to Dr. Howard, whose fees only dot-com millionaires can afford, and who can pump you full of teenager blood to reverse the aging process, or at least offer you the array of modern cosmetic enhancement procedures that allow, say, Tom Cruise and Paul Rudd to be believable leading men despite being older than Wilford Brimley was when he starred in Cocoon. 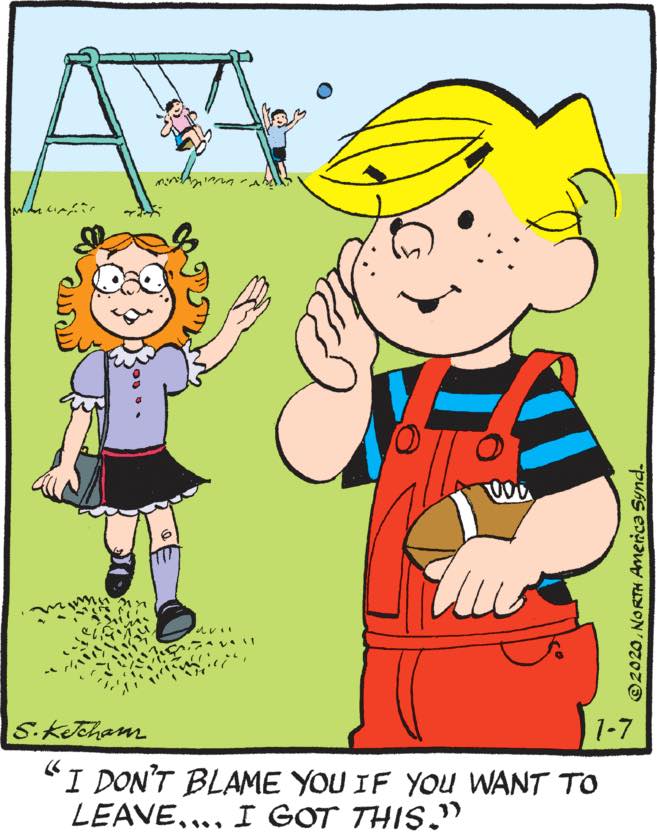 Dennis is breaking the fourth wall in a quite menacing fashion here. What is he going to do with Margaret that he doesn’t want us to see? I mean, probably just being a sullen dick to her while she attempts to have a civilized friendship with him, I guess, which quite frankly we’ve seen enough of.

PANEL ONE: Aunt Hildy oversteps her bounds, in a friendly but potentially irritating way!

PANEL THREE: Aunt Hildy acknowledges and accepts the boundary June sets, as the reasons given for it make good sense! This is the sort of roller coaster of drama that we’ve come to expect from this strip, and I for one am exhausted.