Oh man, I am living for Mary’s dead-eyed facial expression in panel one here. “Gosh,” she seems to be saying, “Dawn has found herself in a romantic predicament of her own making. Who could’ve possibly predicted this.” She seems unable to even work up much enthusiasm for the coming meddle: “You’re gonna have to make a choice, and be honest, blah blah blah. Now if you’ll excuse me, I have to go water some more flowers, over, uh, over there, on the other side of the yard, gotta go.” 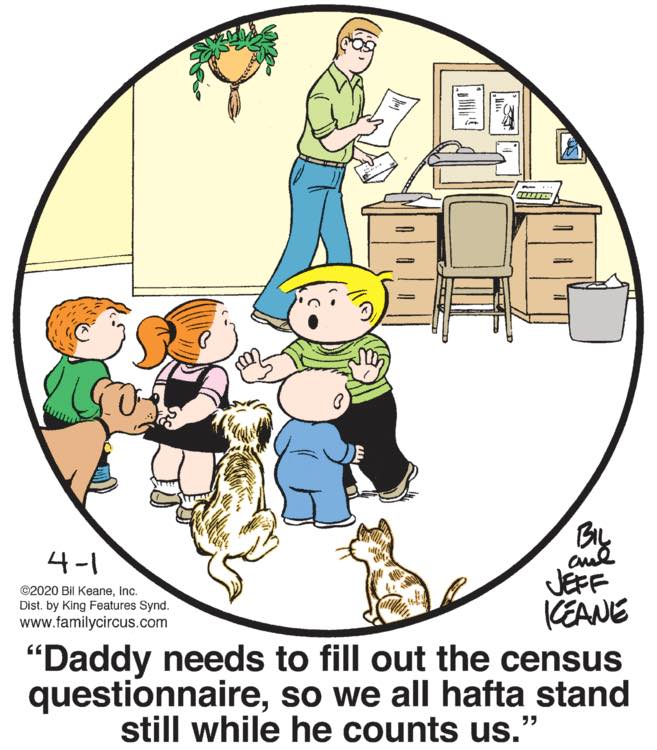 Big Daddy Keane is smiling because Billy doesn’t quite understand what’s happening here. As a sovereign citizen, he will very much not be telling the so-called “federal government” where he lives and how many dependents he has, but rather is writing a long note on the form about how he refuses to exchange his allodial property rights for the supposed “civil rights” guarantees of the 14th amendment, and is putting some home-brewed biotoxins in the envelope to boot.

If you’re a fabulously rich guy running to be a small-town mayor and the biggest knock against you, other than the whole thing where you’re a criminal, is that you’re an out-of-touch old-money elitist, definitely a way to change people’s minds on that point is to be the only person at your campaign fundraiser wearing a tuxedo.

Hey, everyone, what’s your least favorite part of this utterly nightmarish drawing of Dagwood waking up screaming from his nap? Let’s take a closer look! 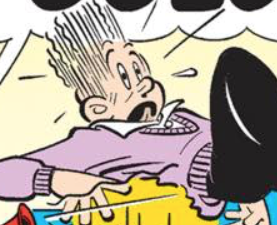 It’s his weird, tiny, lizard-like tongue, right? Gotta be the tongue! It’s the same color as his skin!