Oh, look, we’re back at what is somehow my least favorite Funky Winkerbean storyline: Les agreed to have his sad comic book about his dead wife, Lisa, turned into a movie, again, which is a potentially lucrative arrangement for him, except for whatever reason he loathes the idea but instead of just saying no he’s decided to be as sullen a dick about it as humanly possible. Anyway, maybe I’m prejudiced as a cheerful Angeleno convert, but I find it extremely funny that Les has chosen a picture of palm trees for Mason’s profile pic on his phone, which most people usually find to be symbolic of the great weather and fun lifestyle out here, but to Les it clearly indicates that he’s about to get a call that he’s going to hate.

You know, if you wanted to make a point that the purpose of police isn’t to stop crime or even serve the general public but is rather to protect the property interests of the wealthy and politically powerful, I would say that doing a cartoon where the Animal Kingdom’s chief investigator was put to work just finding the monarch’s lost jewelry would be a little on the nose, honestly. 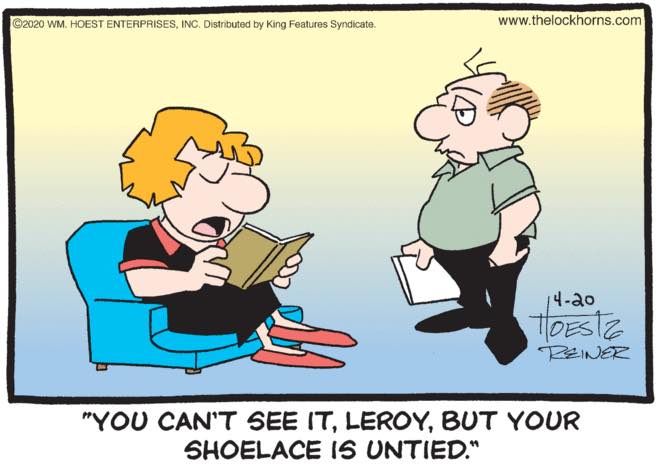 “You can’t see it because everything below your waist is just an inky, undifferentiated black shadow without texture or even a third dimension. Honestly, for years I thought you were wearing ballet tights.”