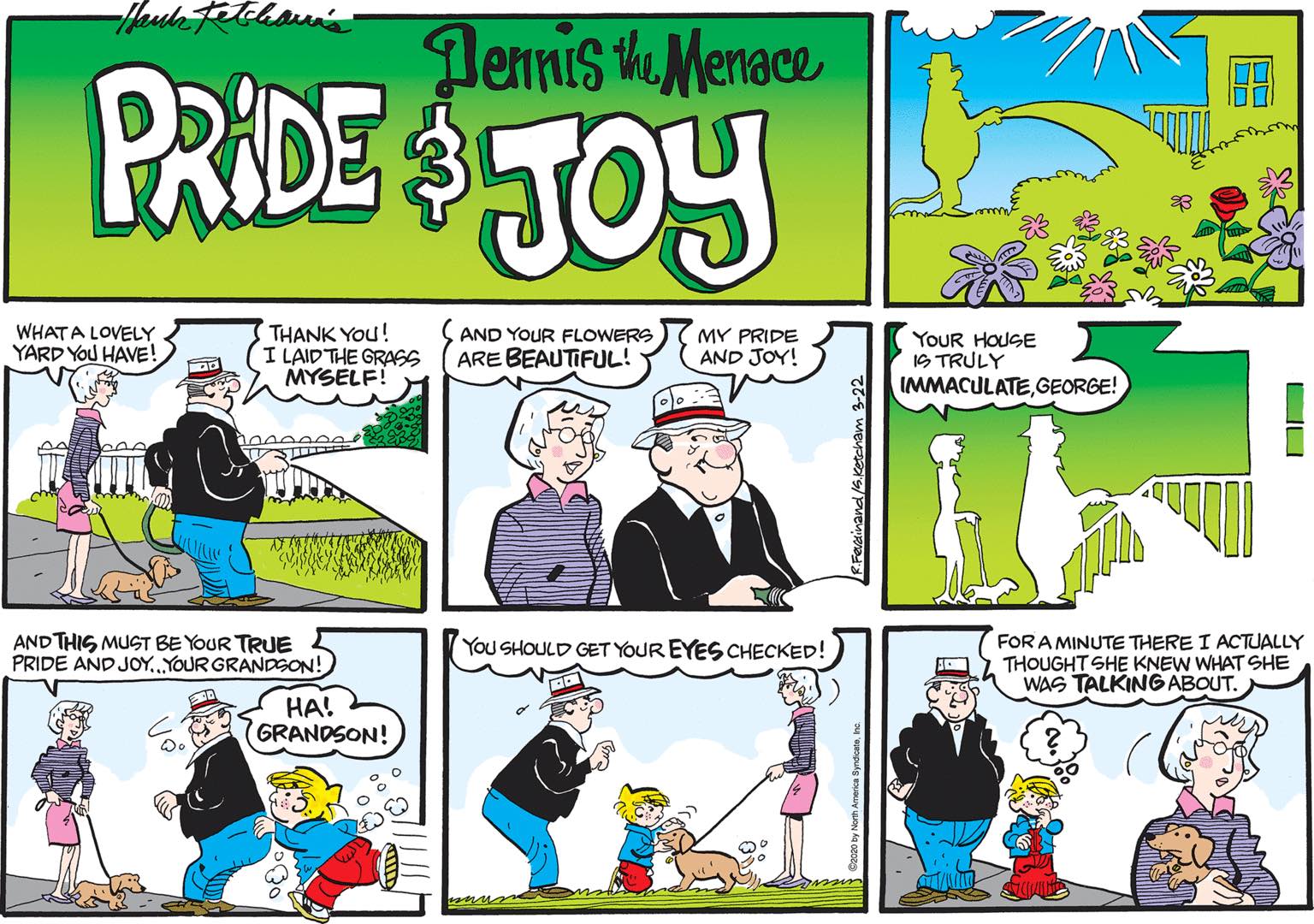 Do you think this lady, who’s acquainted with Mr. Wilson well enough to know his name but not well enough to know that he doesn’t have kids, is … hitting on him? Like, I guess I don’t know how suburban retirees flirt, but if you told me that complimenting each other’s lawns was a standard opening line, I would definitely believe it. Anyway, for once I actually like the fact that Dennis is being very pleasant and not menacing at all, because it makes Mr. Wilson come across like not just a cantankerous old coot but actively deranged.

The previous iteration of the movie version of Lisa’s Story was going to be called Lust for Lisa, but now Mason is making it, which means it’s going to be “told the right way,” and it’s really only sinking in for me just how incredibly depressing that’s going to be. Like, we’ve all had 20 years to absorb this shit, but Mason is going to pack it all into two hours. Can you imagine the opening scene where Les and Lisa visit the Bethesda fountain (named after a healing fountain in the Bible, and used to good dramatic effect in an infinitely better work) and wish for Lisa to not die of cancer, and then she dies of cancer anyway? This is the level of darkness you expect from the most tiring of European art house films, and I for one can’t wait for everyone to hate it. 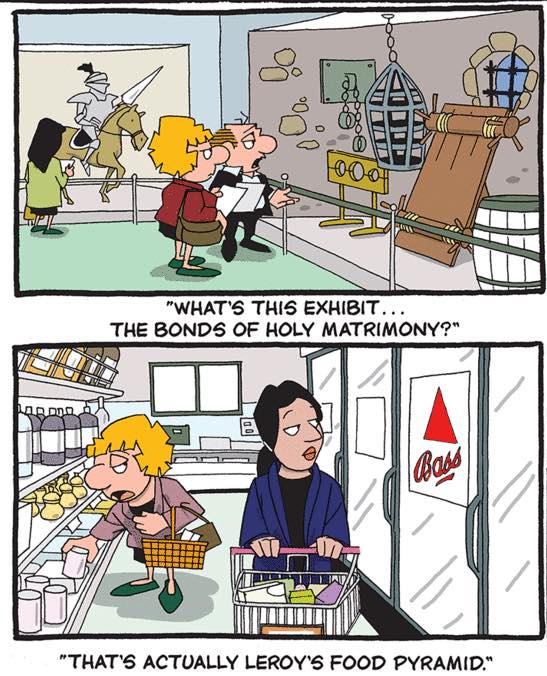 One thing I sincerely respect is that The Lockhorns does nearly twice as many panels as any other single-panel strip, since instead of just running one giant panel for Sunday it does five little ones! Anyway, I genuinely enjoyed these two both on their own and in juxtaposition to one another, as they give us two different textures of intra-Lockhorn marital complaint: on the one hand, Leroy finds marriage to be, allegorically, like the worst kind of physical torture humanity has ever dreamed up, and on the other had it makes Loretta sad that Leroy is such a drunk. 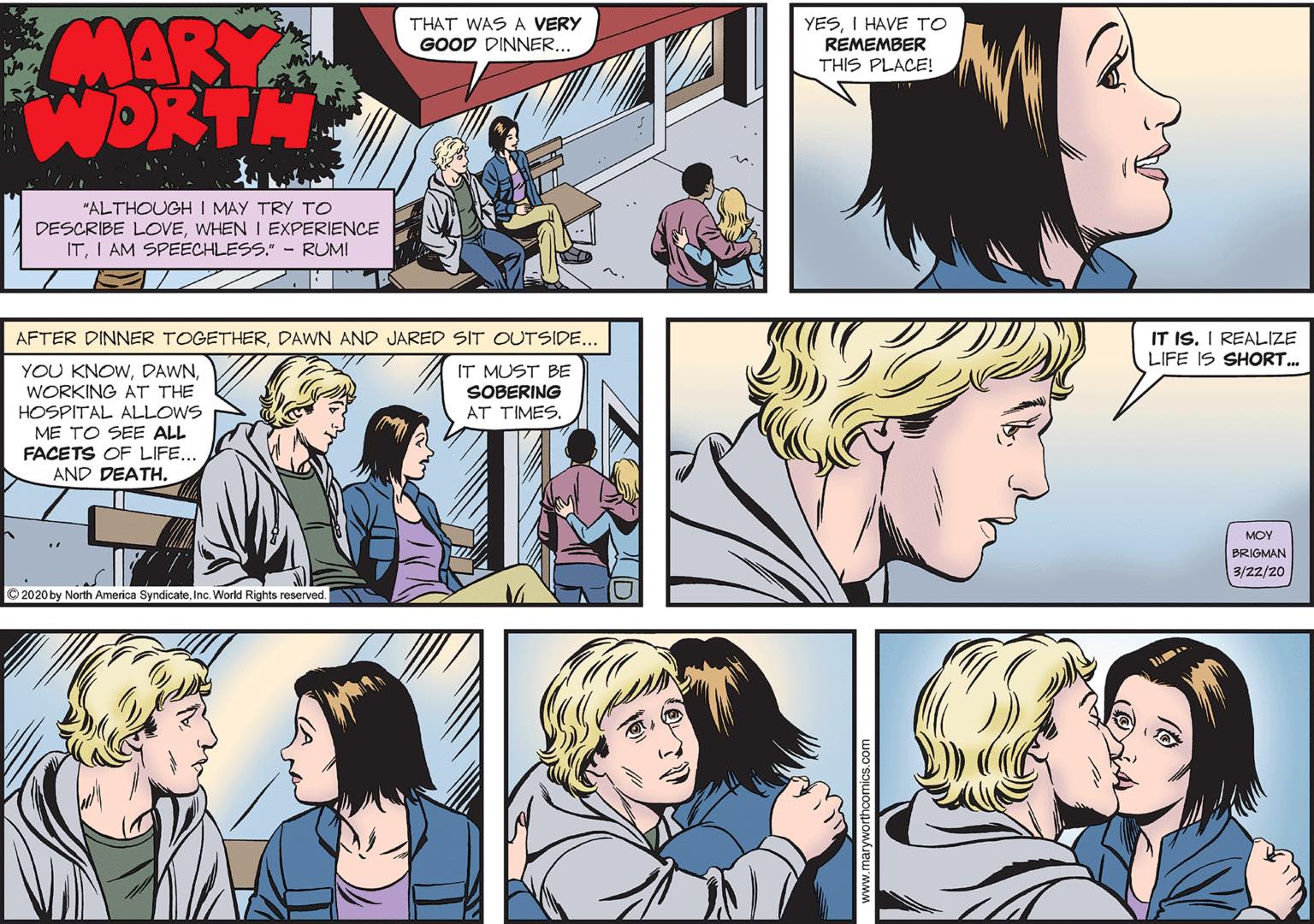 Look, Dawn, Jared has seen things, OK? Life! …and death! He knows that he could go at any moment and he’s not going to go out having never awkwardly kissed a girl, damn it!

“I never have to talk to your dumb aunt again, and now that I have a bunch of books to stick my nose in, I don’t have to talk to you for hours either! Win-win! See ya, don’t bother trying to have a conversation with me because I definitely won’t be listening.”