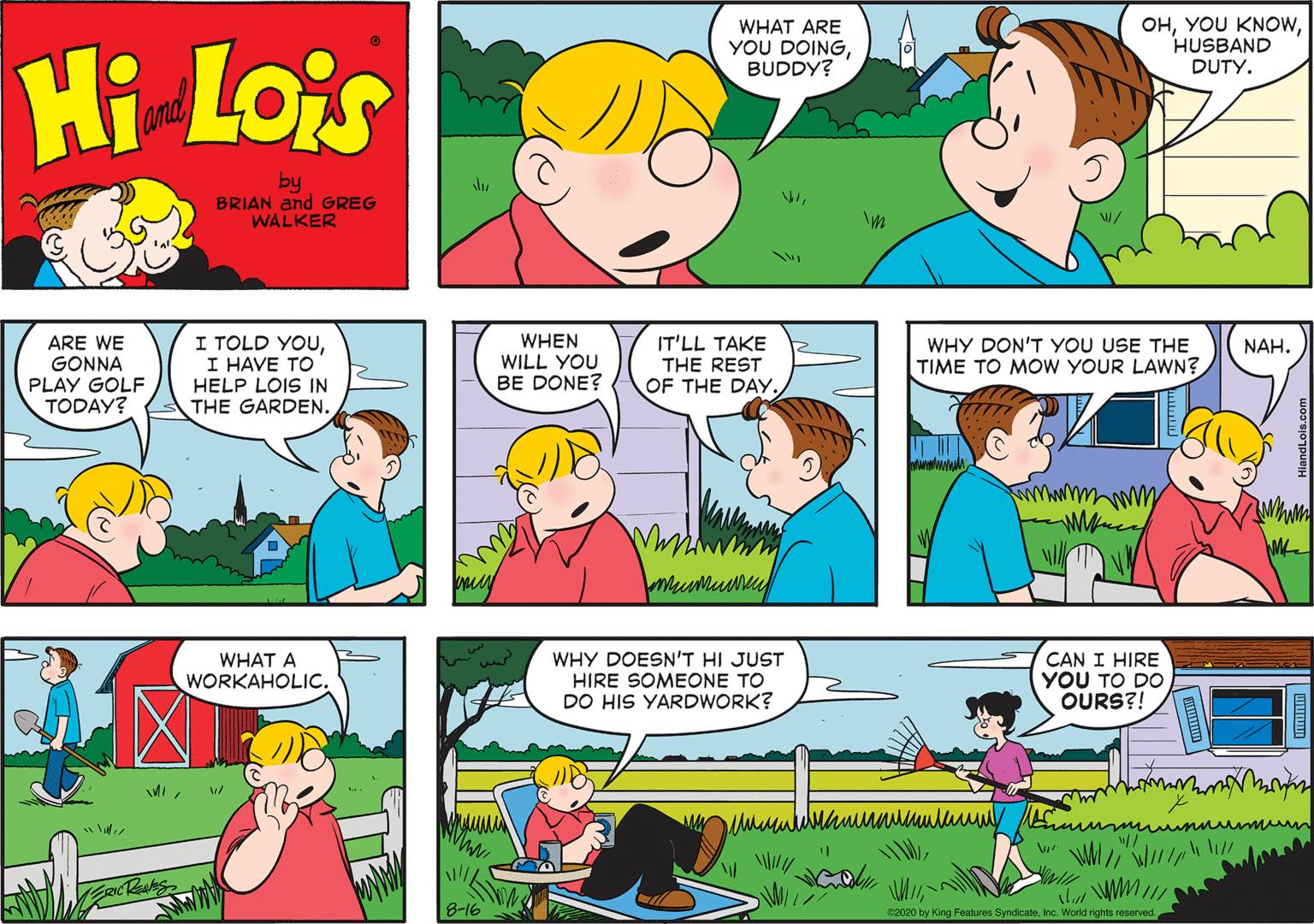 I know it’s a typical problem with throwaway panels, but I’m really being thrown for a loop by the narrative bump between “Oh, you know, husband duty” and “Are we gonna play golf today?” Like, what does Thirsty think “husband duty” is, exactly. Is it just leaving the house and getting out your wife’s sight? Does his own wife hate him so much that the only nice thing he can think of a husband doing is making himself absent?

Ah, I see the giant firestorm has reached Griffith Park, and, uh, guys, I’m not even going to bother making a map for this one. But I will point out that this is all part of a larger Funkyverse crossover event that I don’t think I’ve really discussed here: ‘Shaft-son-in-law Jeff mused that he’s love to see the filming location of the The Phantom Empire ten years ago, in Crankshaft, and now finally gets to do so, in Funky Winkerbean, except it’s going to kill him. Of course, in that Crankshaft strip, Jeff said he wanted to “visit Murania one day” and Pam said “You do understand that this is made up, don’t you?”, which probably means that Jeff will flee into the canyon with his … grandson, I think? I assume this is Max’s son, the one who was taken in to see the movie, as an infant? … anyway, Jeff and the kid are going to go into the canyon and discover a whimsical silent movie world of robots and high-tech underground dwellers! Then we’ll learn that actually this was just the last feeble flickerings in their brains, as they died of smoke inhalation.