Despite the fact that Dick Tracy wears a bright yellow coat and has a rogue gallery full of weird mutants, his strip is actually a fairly accurate depiction of police work in several senses, including the fact that there often isn’t much mystery involved in any given crime. Oh, did an heiress die from being drained of blood, vampire-style? Probably she was killed by the local professor guy who’s part of a gang of vampire cosplayers who think they should’ve inherited the money instead, and he’ll be going after the other sisters next! Anyway, I genuinely enjoy how the tubes coming out of Professor Stokes’ mouth make him look particularly pathetic. You’ll never be a real vampire, buddy, no matter how goofy an overcoat you buy!

It has been brought to my attention by my more drug-savvy readers that this could also be a pipe for smoking meth, not just crack like I said before, so really, who can say what Tommy is resisting here, but the point is that if you don’t enjoy the sight of our boy staring at a pipe with eyes the size of dinner plates, then I respect your opinion but I think you’re missing out one of the fundamental pleasures of Mary Worth. 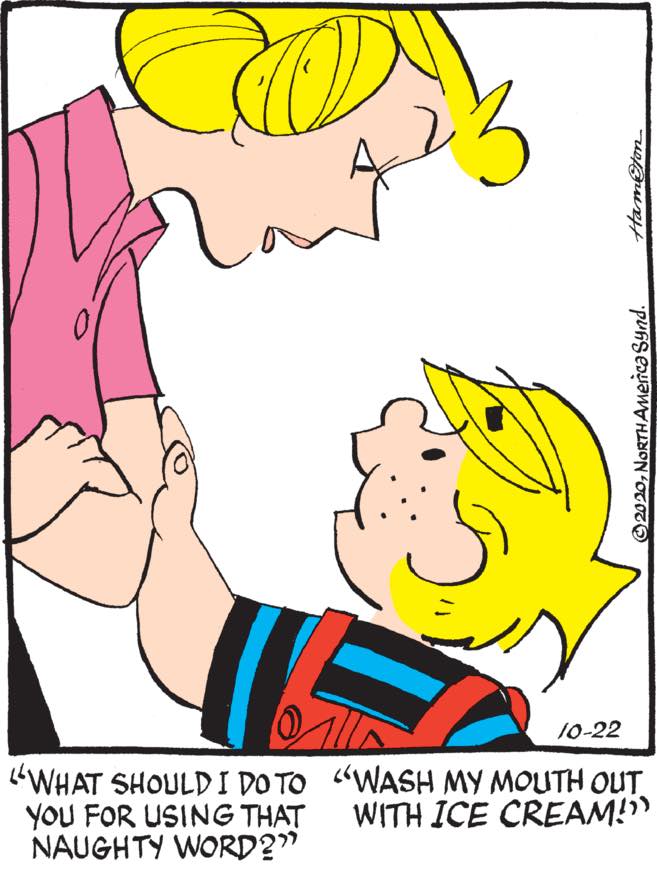 A fun fact about Socrates is that he was put on trial for various trumped up charges of “corrupting the youth” of Athens, and was convicted by only a very narrow majority of the jury, but then in the penalty phase of the trial he got to give a speech about what he thought his punishment should be, and he said the Athenian government should give him free room and board for life like they did for Olympic champions, and then a much larger portion of the jury voted to have him executed. What I’m trying to say, Dennis, is that a much smarter and more menacing man than you has already tried this little strategem, and it very much did not work.