Hey, remember beloved (?) Funkyverse supporting character Adeela, an Iraqi (?) immigrant who forged an unlikely bond with Wally because they both have PTSD from the same (?) war? Welp, she’s getting deported now, because of a clerical error! Please, my sides just stopped aching from the time you burned down half of Los Angeles, you’ve got to give me some time to relax before you bring this level of laffs back to the newspaper.

I’m woefully underqualified to judge the sports action in Gil Thorp, but … Curtis Charles and his Ballard opponent aren’t so much fighting for position as a potential touchdown pass is heaved their way as just kind of standing there and thinking “Huh, he threw the ball, whaddya know,” right? This really fits in with my firmly held belief that all the games within the Thorpiverse are in fact pretty boring to watch. 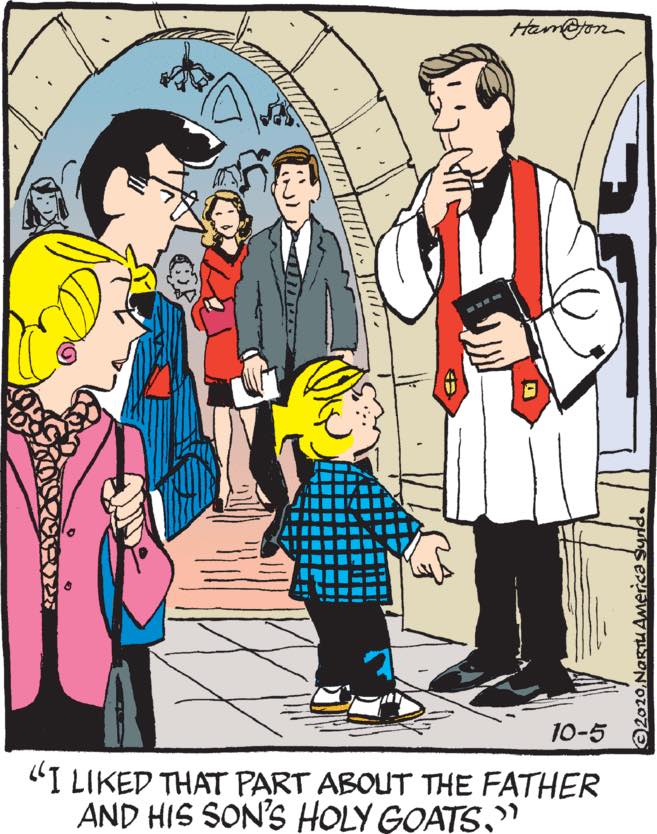 I’m really enjoying how much room Henry and Alice are putting between Dennis and themselves here. “This kid? The one who doesn’t seem to know even the basics of the religion we supposedly profess? Never seen him before, padre.” 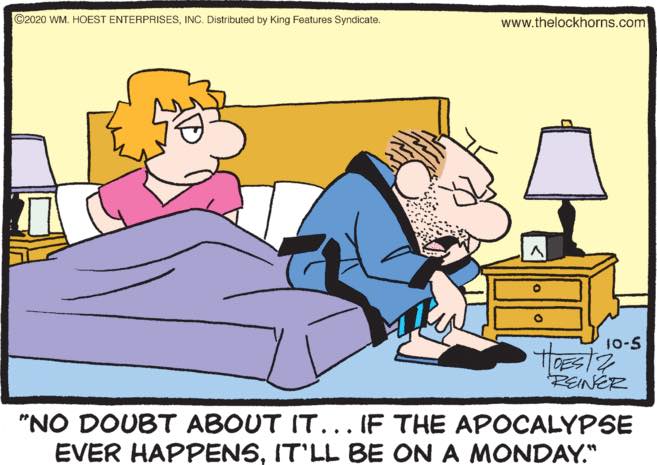 I say this with all due respect to The Lockhorns: you may be a longstanding comics page institution, but you do not occupy the same place in the comics world as Garfield and definitely do not have the resources necessary to survive a legal battle with Paws, Inc. I beg you to step back from this before it’s too late.