OK, so, just to make sure we have the sequence clear, these ICE dudes arrested Adeela (who, just to emphasize, is in the United States legally) due to a bureaucratic fuckup (one that didn’t make a ton of narrative sense, but still), fast-tracked her for near-immediate deportation, resisted any attempt by her lawyer to make them re-examine the dodgy evidence that led them to their decision, and released her not because they realized they were wrong or because they reassessed their obviously broken internal processes, but because of political intervention at the highest levels. But anyway, they’re returning the Montoni’s bag, so they’re good now! No hard feelings, right? [Backslapping and laughter all around]

Wow, the Daddy Daze daddy’s goth friend sure is getting extra goth today, isn’t he, moaning about how parenting makes time stretch on infinitely, such that we’re all either rapidly aging or cursed with eternal life or maybe both. Anyway, it absolutely makes sense that the Daddy Daze daddy has chosen to sit several seats away from him. 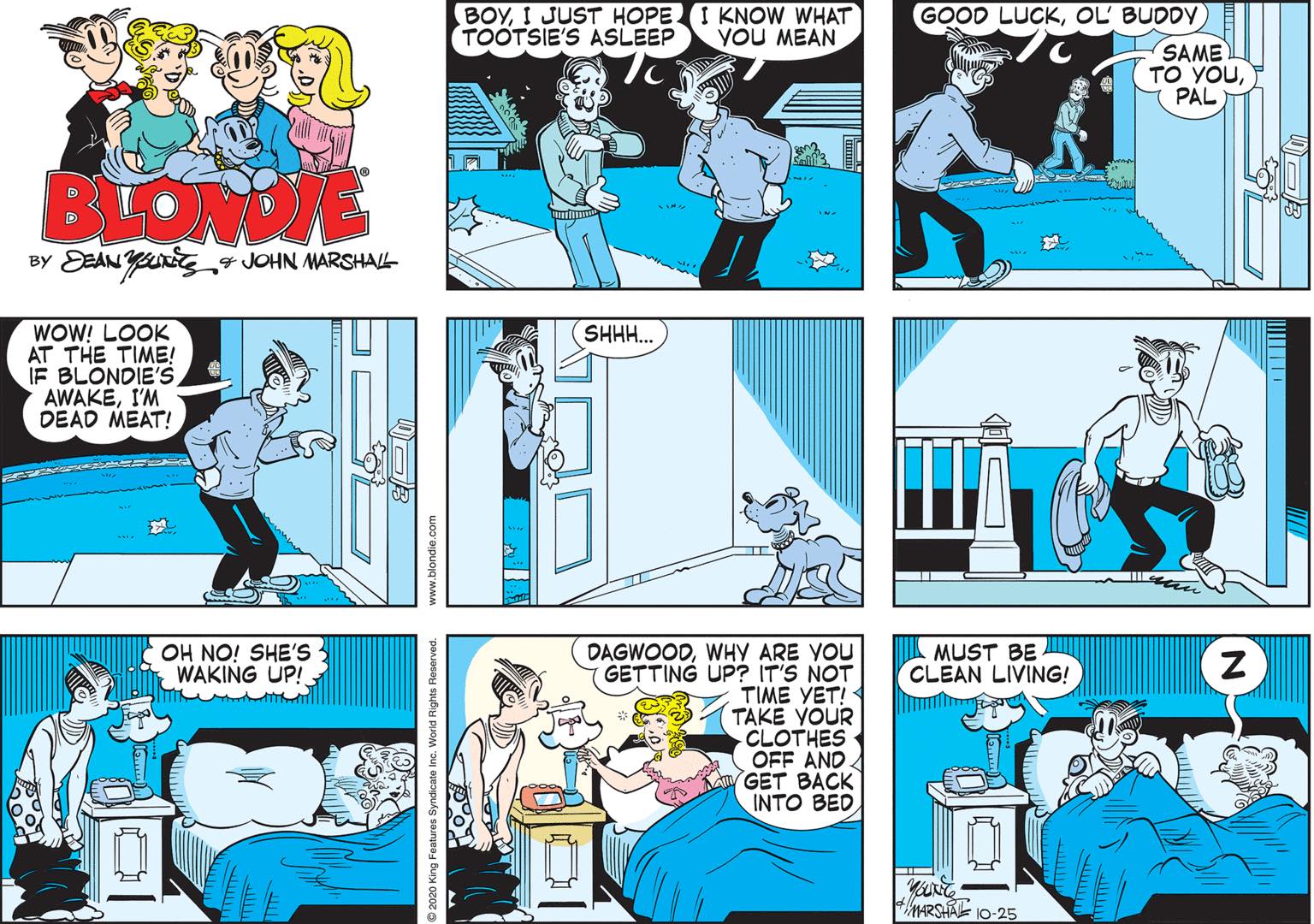 Not to brag or anything, but if I wanted to spend an evening out with a pal and possibly get home long after my wife went to sleep, I would just tell her that’s what I had planned, and if that made her uncomfortable in some way, we’d have an open and honest discussion about it. Maybe that’s weird, maybe the rest of you are all promising your spouses you’ll be home by 1 am and coming home at 3 am and getting in trouble for it, I dunno, but you know what’s a hell of a lot weirder? Dagwood thinking that only wearing his undershirt makes him quieter, somehow.

It’s also never occurred to me to casually ask my wife “Hey, babe, you ever fuck Spider-Man?” so maybe I just need to admit that everyone’s marriage is unique and none of us have any real idea what anybody else is doing.