Next week: NEW ADVENTURE!!!! Hopefully its climax will be as exciting as this one: The Phantom dozing off while his wife natters on about the romantic destiny of her teen son and their daughter’s friend.

Good news! Adeela was about to have her life destroyed by a terrible combination of bureaucratic incompetence and institutional cruelty, but then one of the formerly most powerful people in the world was convinced to make a phone call and it solved all her problems! Everyone who’s more than one degree of separation from a current or former political leader can go fuck themselves, though. 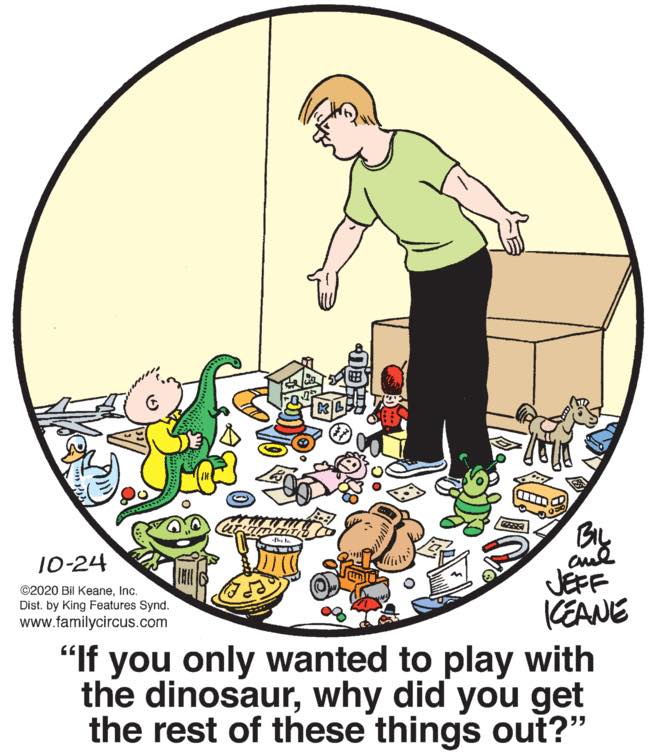 I am not a parent, but I know enough parents to sometimes get a glimpse of why the Family Circus has historically been beloved among parents, and I truly admire today’s panel, which features Daddy having been pushed to a place in his life where he’s attempting to earnestly reason with a pre-verbal toddler.

Mark’s new assignment is sending him to Happy Trail Farms, and based on the last two panels here, my guess is that he escaped from there years ago after being grown there in a vat.