I strongly agree with the consensus here: this is a disturbing daydream! I feel like I need to know more details in order to really gauge the contours of how disturbing it is, though. The “no doors” thing is the most disturbing part by far, and is the key to whole scenario. Like, did they just wake up there together with no way out, slowly coming to terms with the fact that they’re trapped with each other in some Sartre-esque office hell? Or were they dropped down into a roofless office from above, and expected to fight each other to the death for the amusement of a hooting crowd of spectators?

The first time I commented on this strip, I had a lot of thoughts about how Max could maximize his fashion potential at this seaside wedding blowout. But this time around, all I could think was: Max, are you seriously considering upstaging the bride by wearing white? How dare you! 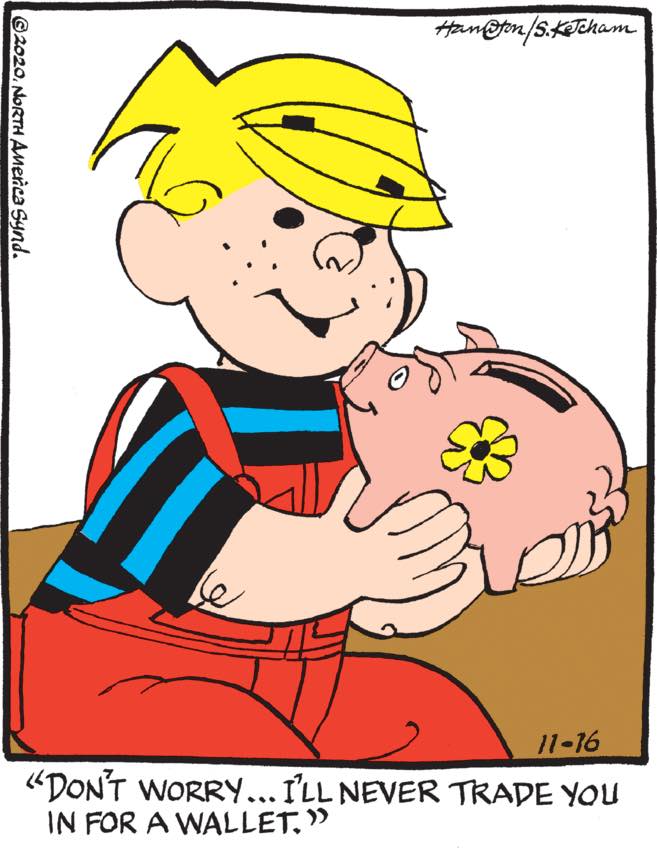 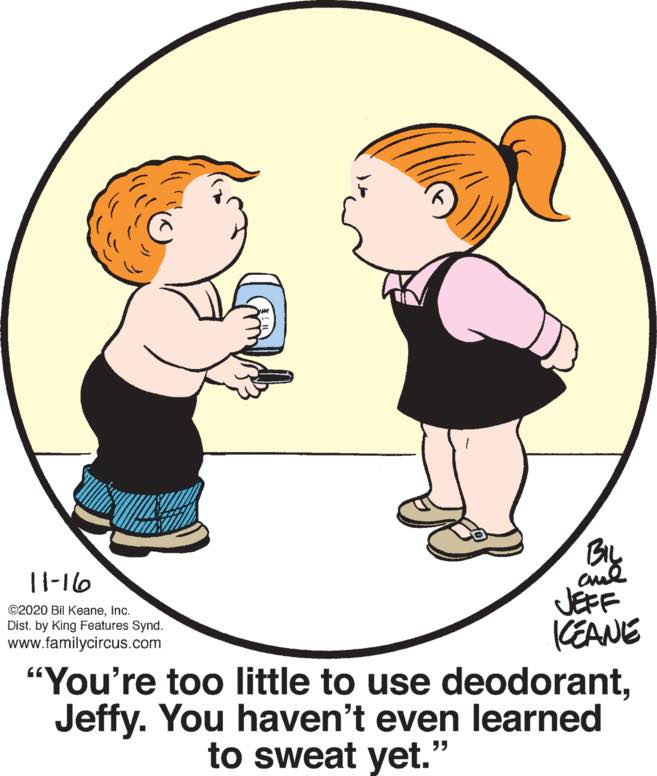 I’ve never fully understood what the deal is supposed to be with Jeffy, an actual toddler, wearing cuffed jeans and penny loafers around the house at all times, but I will say that the look is not improved by shirtlessness.

Oh, by the way, Neo-Chicago is blanketed by drones allowing omnipresent, crystal-clear police surveillance of everyone at all times, just in case you were wondering!