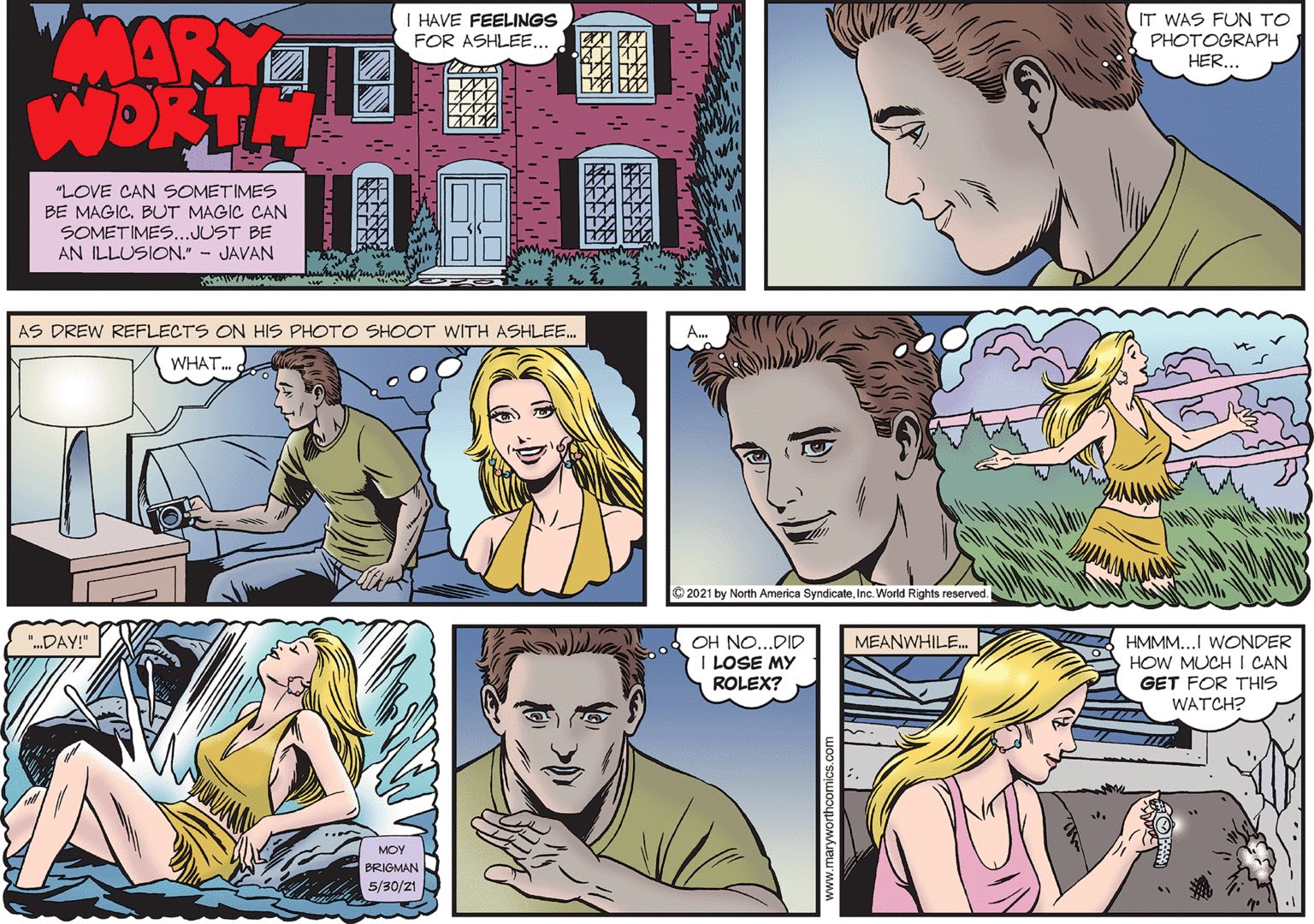 Remembrer, folks: if you’re an attractive older woman who’s hit it off with an age-appropriate man you meet online, that man is definitely a fake account set up to catfish you. And if you’re a charming bald middle-aged American and you’re romanced by a statuesque Colombian beauty, it’s 100% certain you’re being sex-grifted. And if you’re a handsome young doctor with a reasonably high-profile Instagram and you fall into a hot fling with a sexy young waitress? Well, you’d better believe you’re about to have your watch stolen. Sorry, Drew, that’s just what you get for allowing yourself to feel sexual arousal! Why can’t you be more like your dad and Mary, who barely spend any time together, or Toby and Ian, who absolutely can’t stand one another?

In today’s Crankshaft, the title character spends the entire strip writhing wordlessly in pain. Yes, his daughter feels a need to step in and take on the family wordplay duties, but please don’t let that distract you from this strip’s central pleasure.

Wow, looks like the Keane tradition of having adult men in the family is over, huh? That’s all in the past. The future is just weird, ugly little kids as far as the eye can see.

224 replies to “Wasn’t stealing his heart enough for you???”