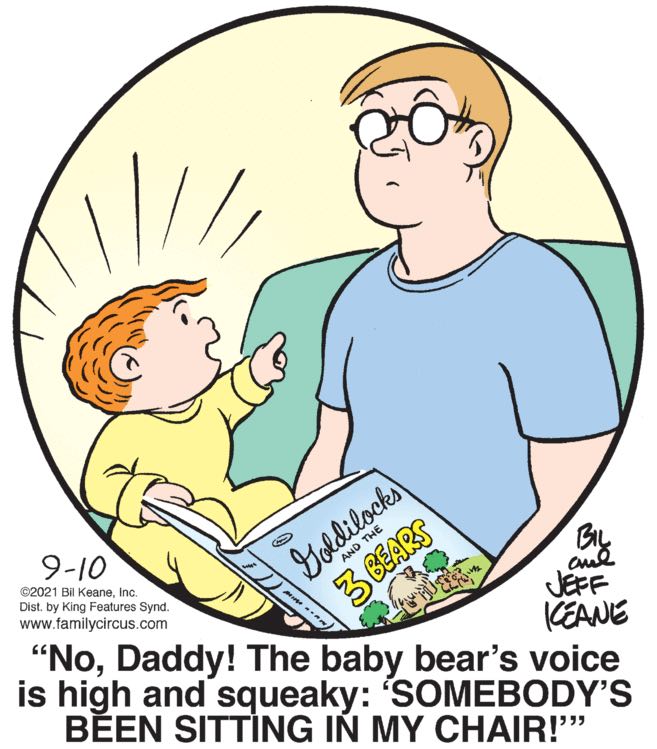 A lot has changed for me, both in my life and vis-à-vis my relationship to the comics, since I started this blog in 2004, and definitely the one change I would’ve been least likelty to predict is that I would come to have an occasional grudging admiration for the Family Circus. And I didn’t even have to become a parent for it to happen! Yes, the strip is like 75% darnedest-thing-saying and reused art by volume, but every once in a while you get a great image like today’s, when Daddy has very clearly just had the epiphany that he could be doing literally anything else right now.

Curtis is doing a thing this week where our title character confronts rival mobs of pro- and anti-mask parents in front of his school and I have literally no interest in engaging with it, but I do want to say that “Look, everyone, a child wearing his hat backwards wanting to speak!” is definitely the funniest thing I’ve read this week.

A lot has changed for Mark Trail over the years, too, but I’m happy to report that there is one constant in the Trailian multiverse and that is that Mark is absolutely ripped.