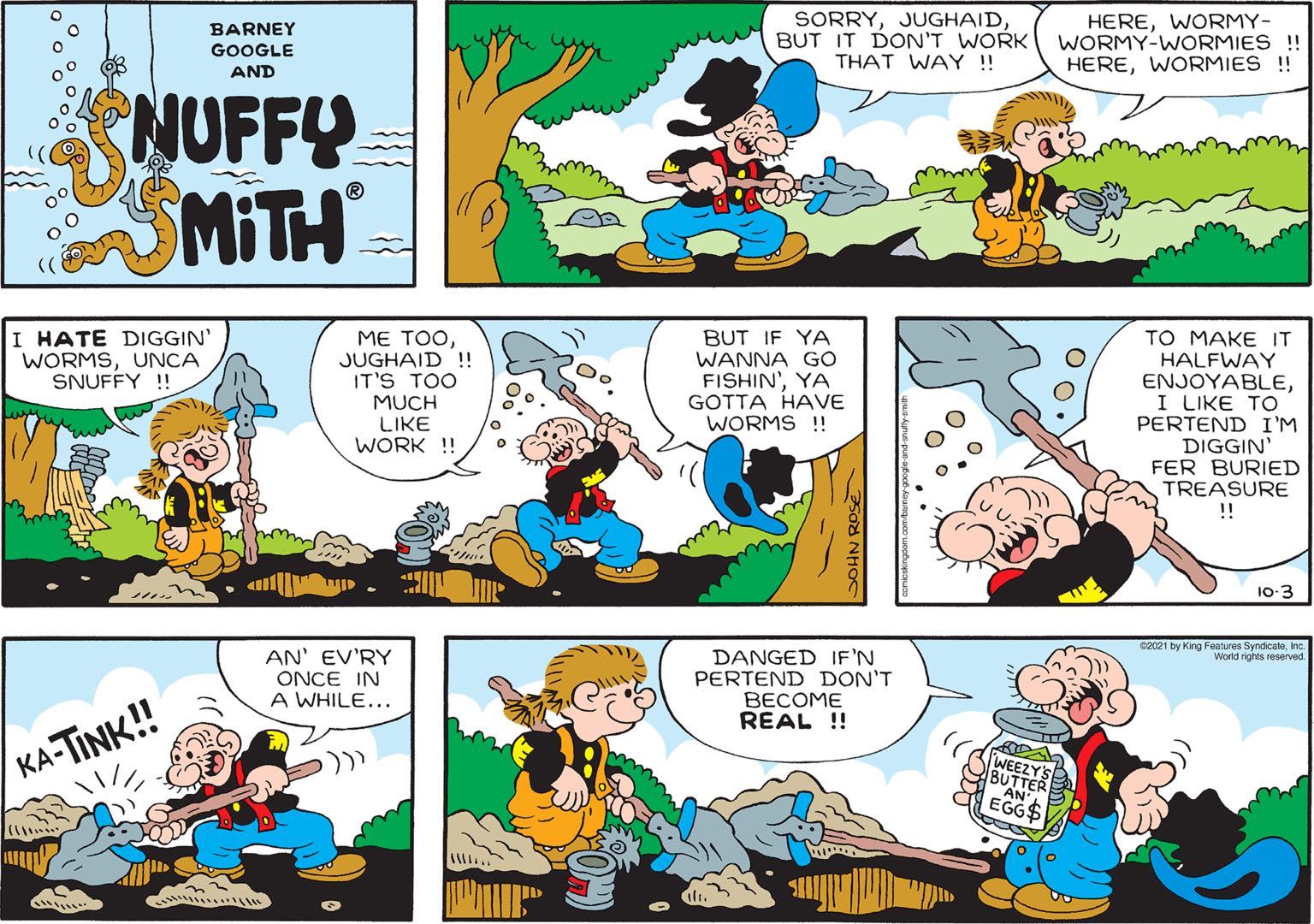 For a brief moment, Snuffy realizes that he’s harvesting worms that he’ll use to catch fish that he’ll presumably eat, which is a little too close to productive economic activity for comfort! Fortunately, he soon turns the whole exercise into yet another opportunity to further drain his household’s rapidly diminishing resources, which is much more his speed.

I’ve gotta say, I do enjoy the few Dustins that don’t focus on the strip’s generation-war shtick. Today there’s no hint of conflict between Dustin and his dad, just a young man giving in to heavy-lidded bliss at the thought that soon he’ll be devoured by this pack of hungry raccoons and all his troubles will be over. 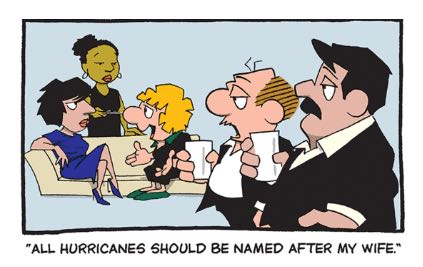 Leroy retreats to his mind palace, imagining watching the news with his wife and seeing yet another coastal city flooded by a category 5 Hurricane Loretta, the fifth storm with that name this year. “That’s what the mall looks like when you’re done with it,” he says, as scenes of ruined homes and stores flash on the screen. And she can’t do anything about it! It’s the World Meteorological Organization in Geneva, Switzerland, that’s naming them, not him!

I’m sorry, Cassandra is a cat burglar and also an actual cat, so no, I don’t think she’s going to sheepishly reappear in the lobby once she realizes she got in an elevator that only goes up. She’ll be climbing down the side of the building within minutes, or maybe just leaping from rooftop to rooftop to make her escape. The only “error” she’s made is getting those severe bangs.