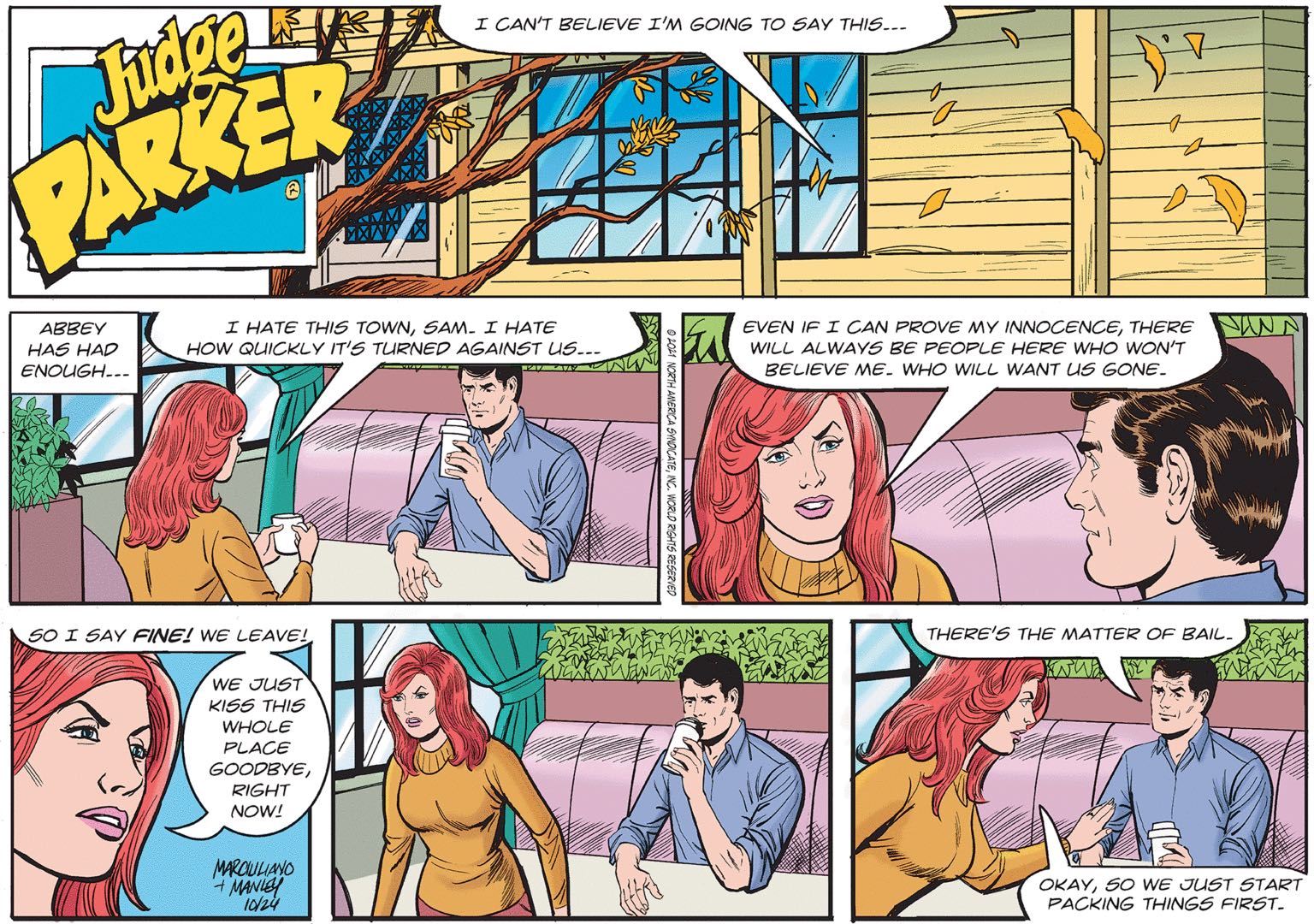 OK, I just want to establish a few facts here. The reason Abbey is so upset is that, now that the mayor is publicly accusing her of insurance fraud, the whole town is turning against her and she got yelled at when she went up to the local Starbucks or equivalent. And yet look at what’s in our heroes’ hands: it’s Sam who’s drinking out of a paper to-go cup while Abbey is using a regular coffee mug she probably got out of the cabinet. In other words, even though she’s filthy rich, she’s happy to just drink drip coffee from the machine in her kitchen, while Sam insists that he simply must have his daily half-caf mocha frappuccino or whatever put together by a barista for $9. So, isn’t he the real villain here, for making Abbey brave the hostile public so he could get his dumb caffeine milkshake? I mean, Abbey sucks, but let’s not let that distract us from the ways that Sam also sucks.

“Plus people find you weird and off-putting. They don’t want to be around you and definitely don’t want you at their wedding!”