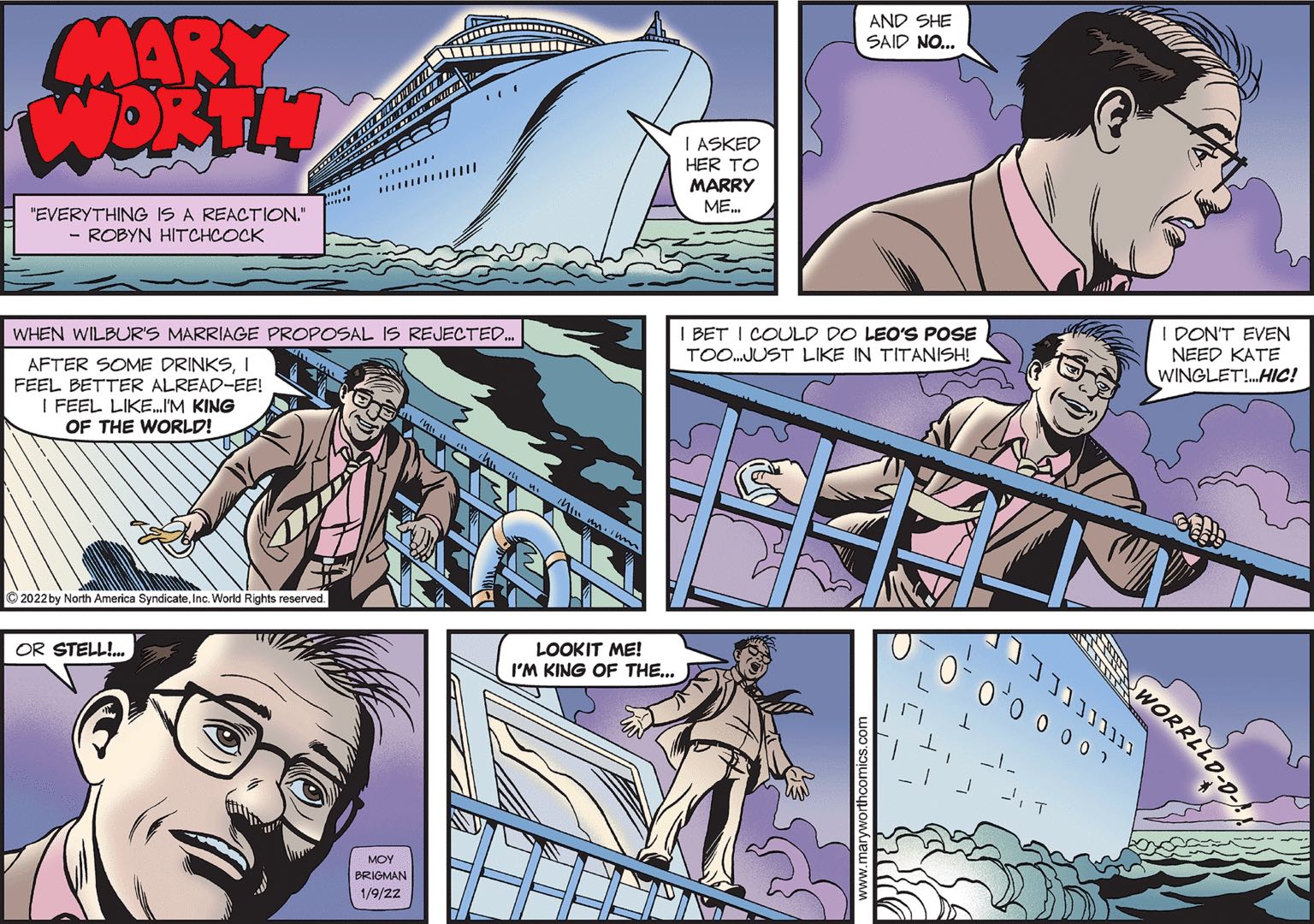 Oh, hey, so, uh, Wilbur died, everybody! Wilbur … died? I mean, maybe he didn’t die, I have a hard time believing they’re killing off Wilbur, but, uh, probably in real life, this would result in his death, right? You might recall that back in 2012 Wilbur already stared death in the face from the deck of a cruise ship, and later declared, correctly, that he shouldn’t be alive, so it’s possible that for the entire last decade every last one of us has been living through his Final Destination scenario, which would explain [gestures around vaguely] a LOT. Anyway, I guess his gradual shift from “Charterstone’s lovable loser” to “the least pleasant person you’ve ever met or even heard of” over the past few years was meant to prepare us for this moment, and while it may be premature to write him off just yet, I’m still starting a GoFundMe to pay Sir Elton John to do an updated version of “Candle In The Wind” for our boy. 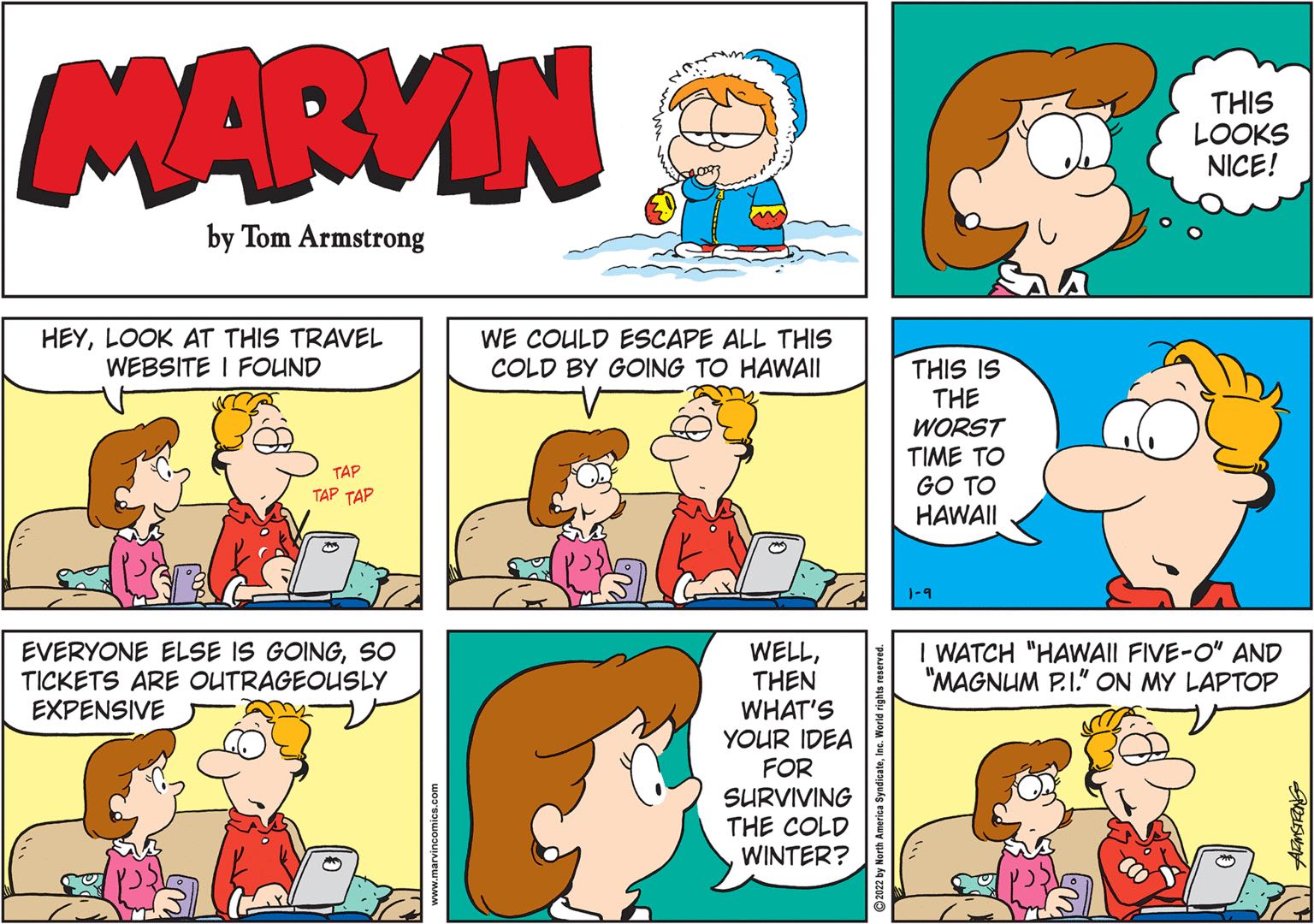 In other death and dying news, Jenny has left her awful son out alone in the yard to freeze to death and is planning to flee to the tropics and start a new life, a plan her husband is being remarkably dense about. 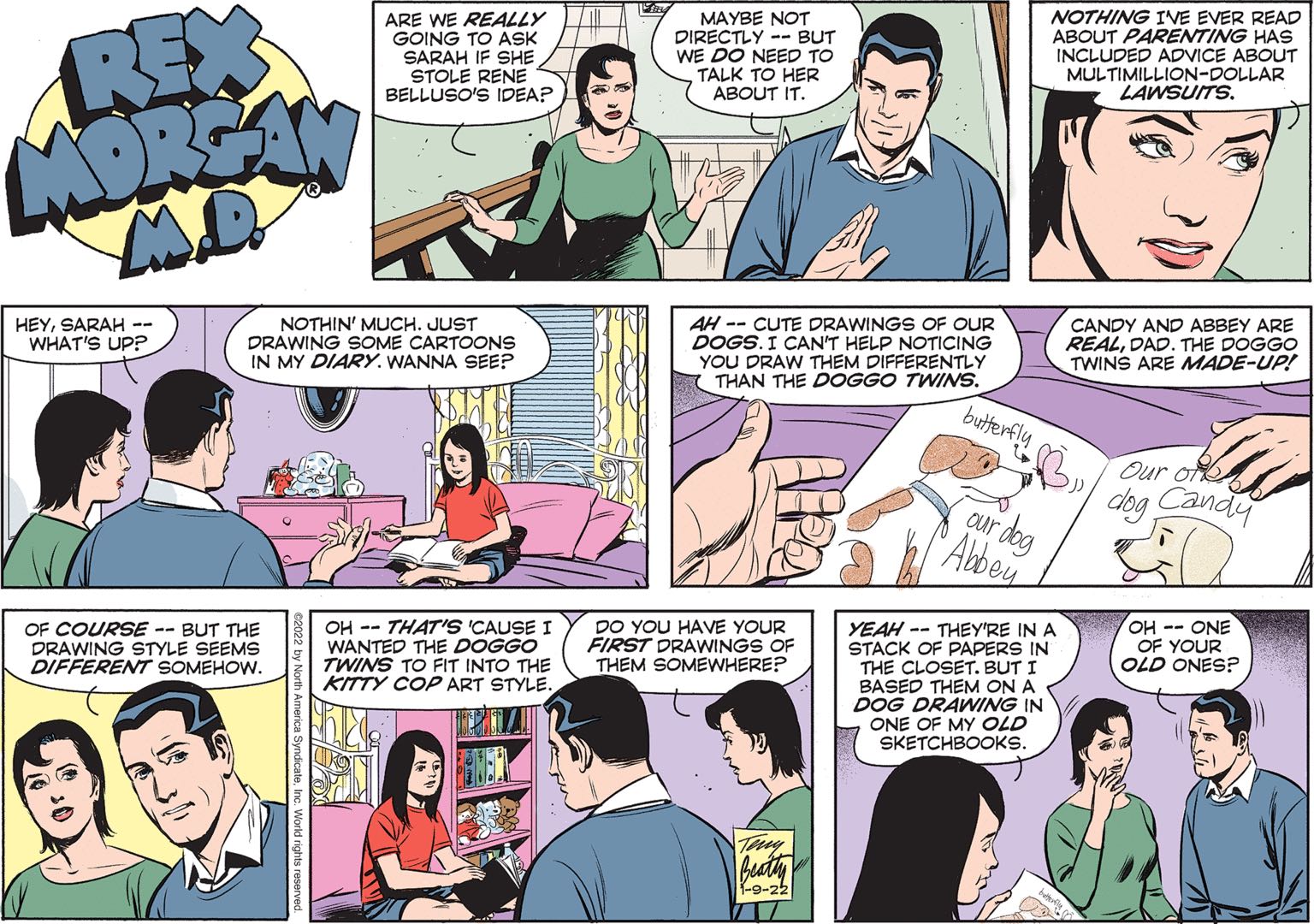 I guess nobody is going to die in Rex Mogan, M.D., but if Rene successfully sues the Morgans into oblivion for actual intellectual property theft, Rex might have to start living like a common poor person and that’d be worse than death, right?