I actually think this is a pretty clever strip, though I would argue that, just as the strip sometime updates old art to acknowledge that flatscreen TVs exist, it could’ve improved things by maybe updating some of the fashion choices on these imaginary old people, since those constitute a pretty important aspect of what you think an old person looks like and how others perceive how old they are! But the funniest thing to me is the quip from Big Daddy Keane that sets this off. Can you imagine someone bringing up a mutual acquaintance and your first reaction is “That guy? Oh yeah, he’s old. He’s old as shit. Doddering motherfucker with one foot in the grave. Wears adult diapers, probably.” Anyway, I would type out more terms of abuse here, but then it occurred to me that the typical person whose oldest child is 7 is probably younger than I am by as much as a decade so I’m gonna go have a nice lie down for a few hours. 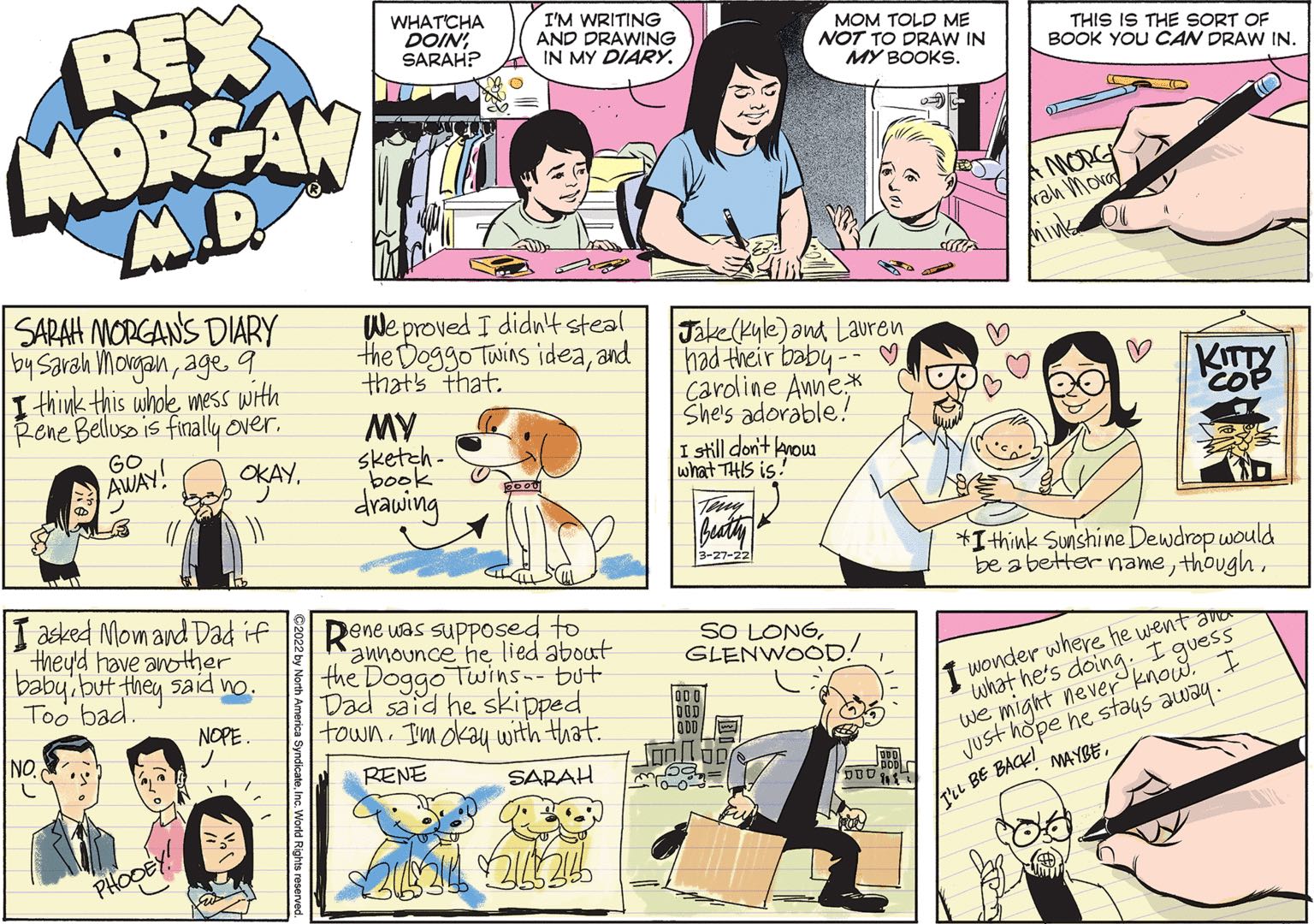 And I’m back! With this one I mainly want to point out the “I still don’t know what this is!” in the right panel in the second row. That’s called an author’s signature, Sarah! It’s how you know who drew this comic! I can’t believe after all you’ve been through you’re still sneering at people’s attempts to establish their ownership of their intellectual property! 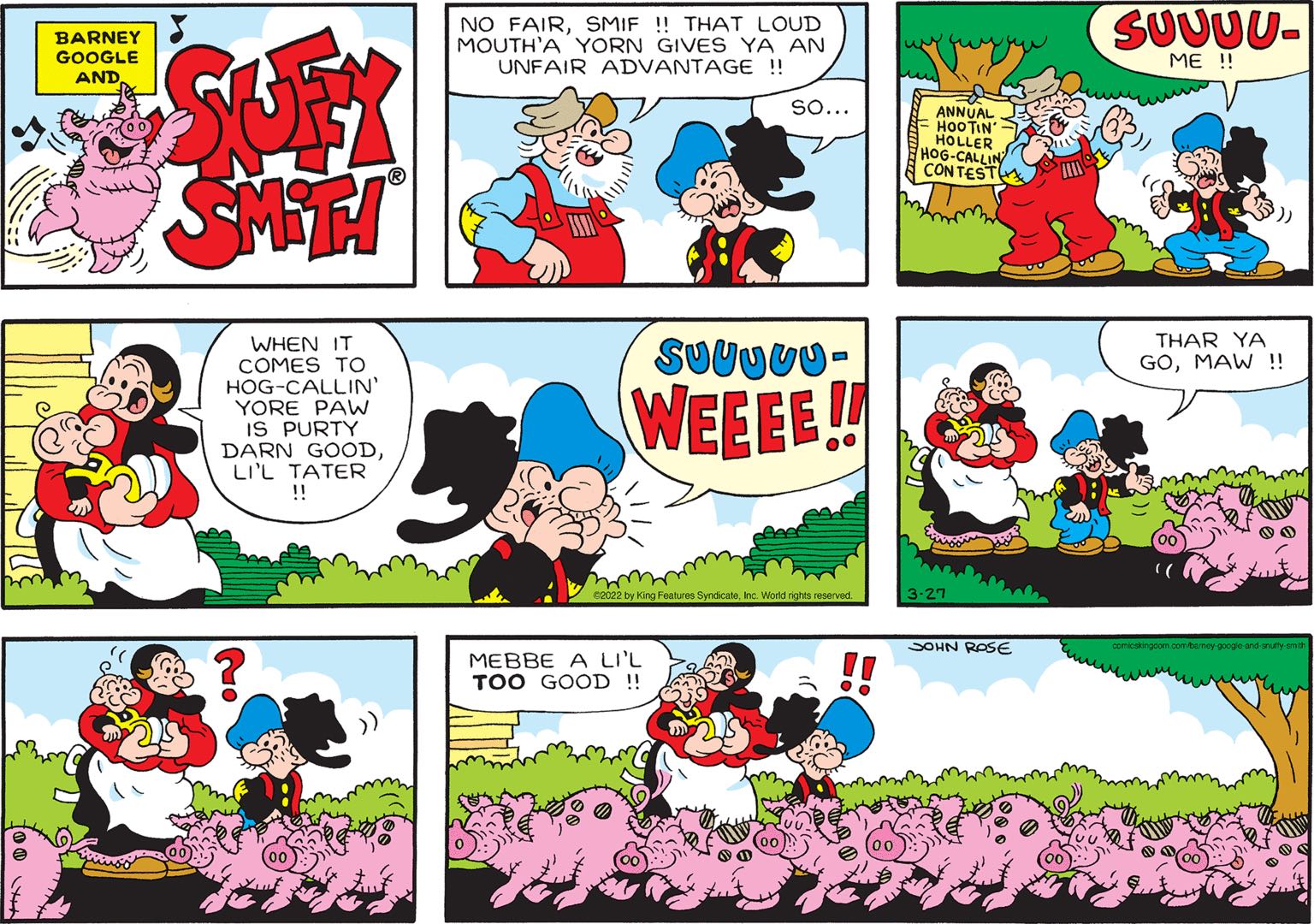 Kind of surprised it’s taken almost two years for the comics to engage with the “30-50 feral hogs” meme, but the specific strip that was the first to do so is not a surprise at all.