One thing that’s been bothering me about this Dick Tracy storyline is the name of the character who dated the dead real Tonsils and is now dating the live fake one: “Dot View.” Is this … wordplay? Is it a pun? Is it referring to something? There was a gimmicky cell phone accessory by that name in 2015 but since the Dot View character was first introduced in 1952, I assume they’re unrelated. Her whole thing is that she hosts a local TV show, which I guess was enough of a novelty in 1952 that you could get a name out of it. “Get it? Dot View? And you view her? On the television, which you only bought 18 months ago? Makes you think, huh?”

I certainly hope all these superhero images we’re seeing are flitting Rex’s mind as Buck describes these pathetic do-gooders to him. “Heh heh, some guy in a latex costume that’s doing him no favors shoving a sign that says ‘VOTE’ in my face, eh? I wasn’t going to vote anyway, but I’d tell that guy that he made me turn my back on my civic duties.” 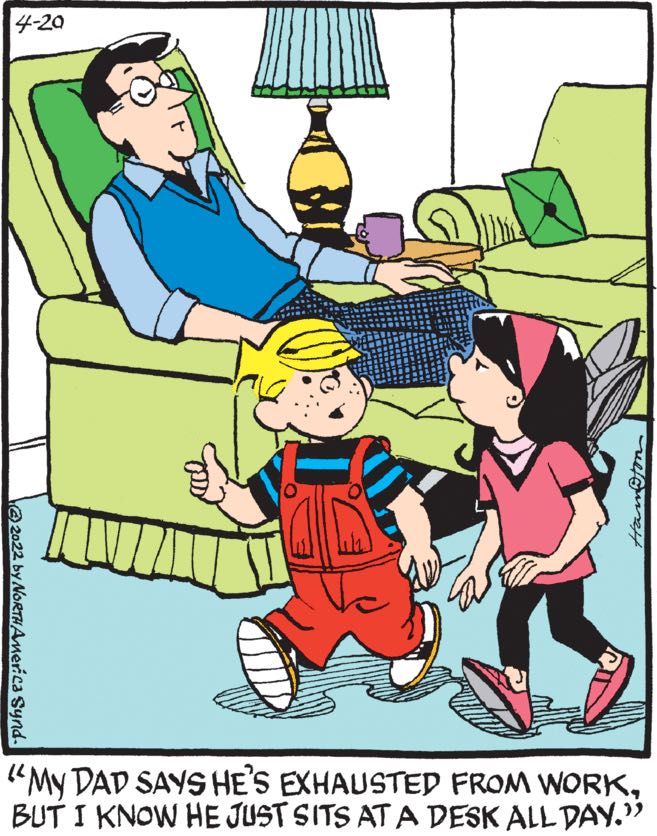 An innocent child, unaware that the youthful vigor and energy he takes for granted will one day be washed away by a flood of grown-up responsibilities, leaving him in a state of perpetual near-exhaustion? Menace level high … and increasing.