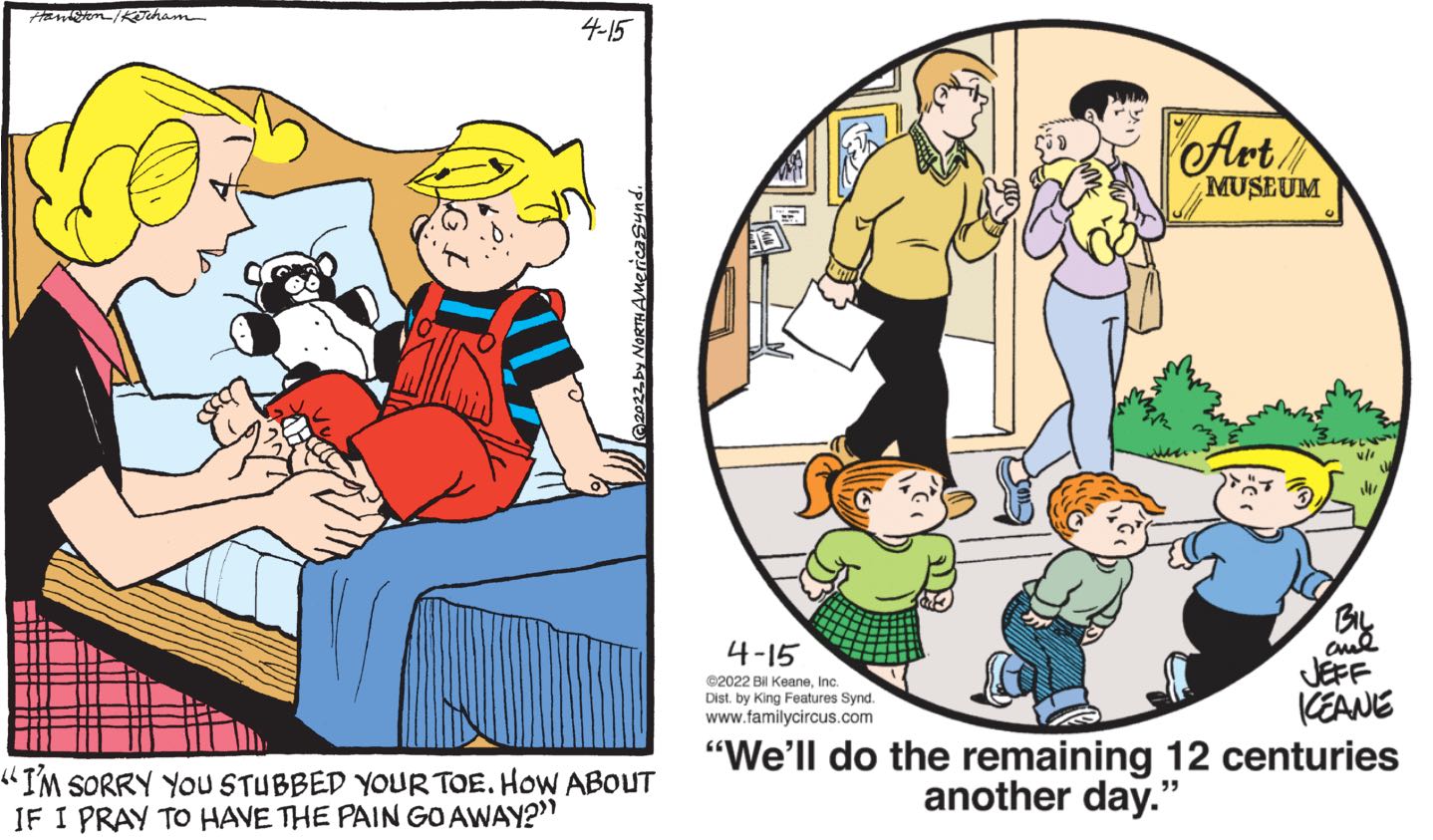 Oh, man, this is it. This is the nadir. The Keane Kids have ruined their parents’ outing to an art museum, Dolly and Jeffy are consumed with self-loathing, Billy is actively furious at the family’s attempt to to expand their cultural horizons. Meanwhile, what’s going on with Dennis? He’s weeping because he stubbed his toe and now his mom is offering to pray for him? Honestly, what the fuck. That is so much less menacing than the Family Circus that the menace levels could not be detected by the most carefully calibrated instruments menace science has to offer. For shame, for shame!

Sadly, this whole week has been taken up not by more hilarious dream sequence action but by Toby telling Mary about her little Cal problem in judiciously elliptical detail, which has been significantly less fun. I do like today’s strip, though, as it implies that Ian cares less about Toby’s romantic fidelity than he does about her ability to “handle” sticky situations, which I assume means that either Helen or Cal — or possibly both — will be dead by the end of the week.