I gotta say, this Gasoline Alley was a real journey for me, in the sense that the opening title led me to hope that, finally, Rufus and Joel, my least favorite characters out of a cast in which I don’t like anybody, would be horribly murdered by some kind of undead fiend who drained their bodies of blood, but then it turns out to be some kind of weird meta-thing involving people and details I refuse to research further. On the bright side, though, we do get pretty solid confirmation at the end that our rustic duo are thoroughly illiterate. 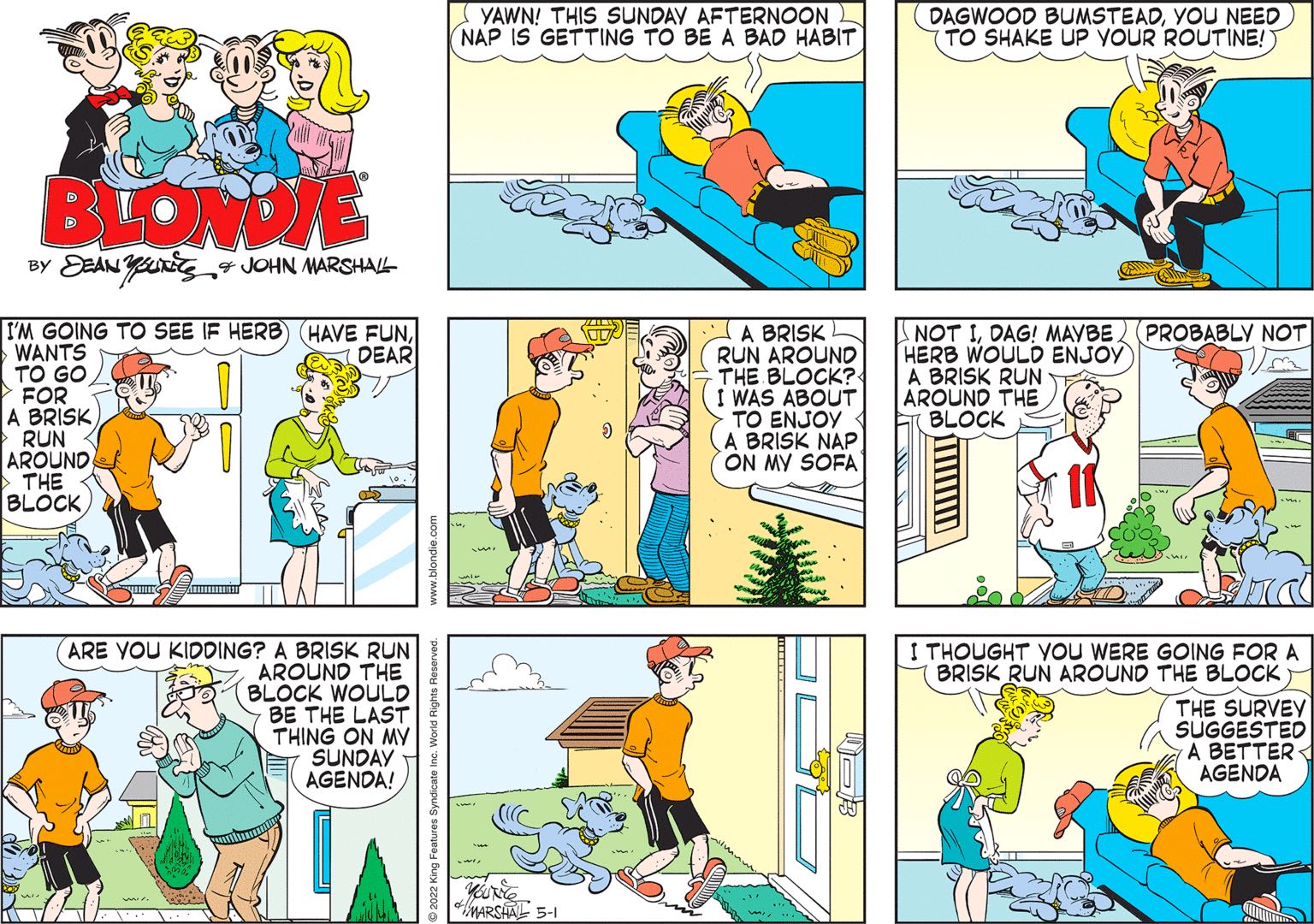 Look, if there’s one thing I can’t stand, it’s when comics stretch out what could’ve been been a weekday strip to fill the Sunday panels and trash all their world-building and continuity in the process. What I’m saying is that Dagwood has exactly one friend, and it’s Herb, and they don’t even like each other. I have no idea who these other two people are. I assume they’re Dagwood’s neighbors whom he vaguely knows, and they’re being a lot more polite about this than I would be. 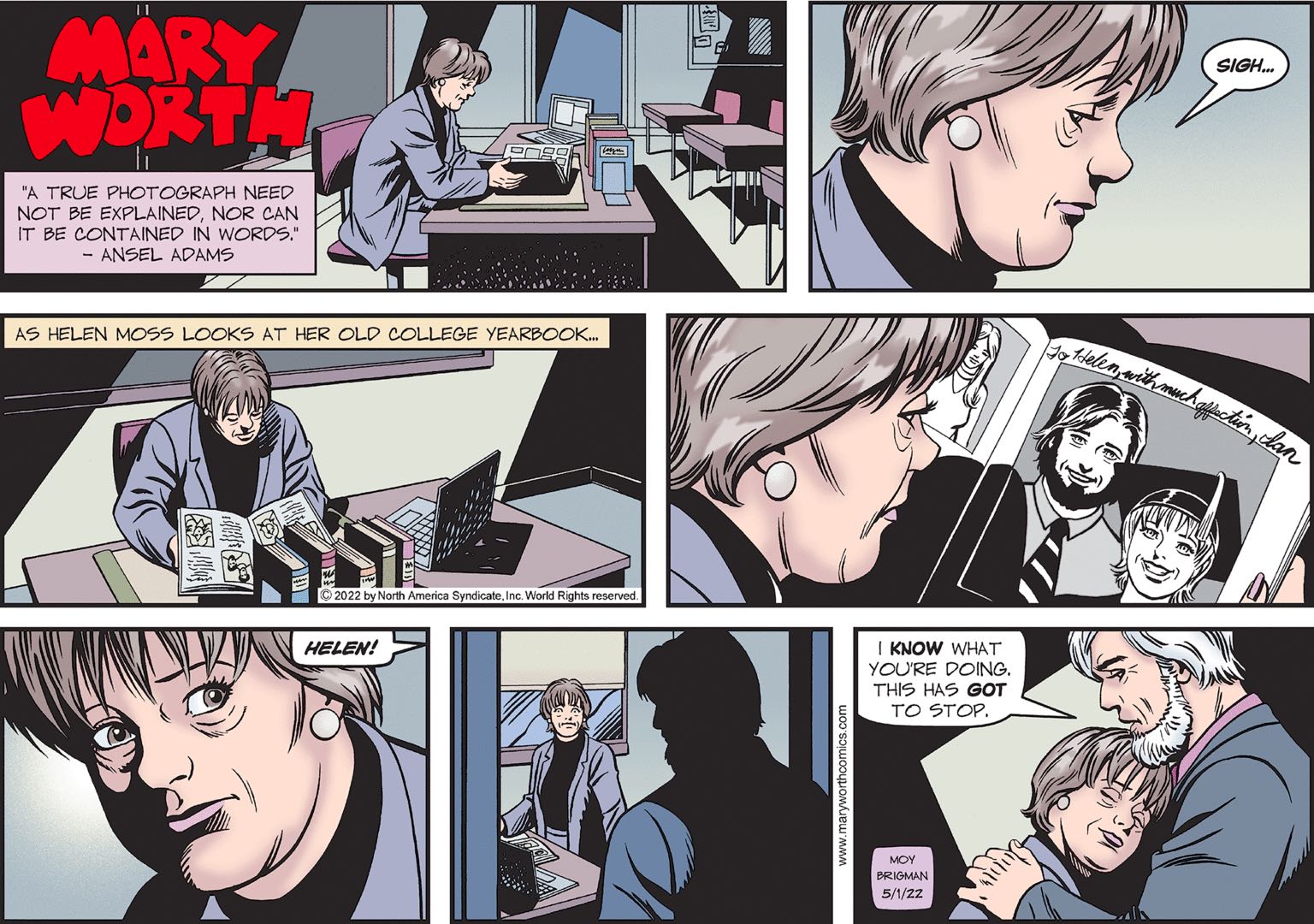 Mary Worth, on the other hand, often does a pretty good job of doing a Sunday strip that’s mostly a recap of the week’s plot but contains one little detail that rewards you for reading it in addition to the dailies. Today, that detail is Ian’s little note in the fourth panel. Ian is 100% a guy who would have an inappropriate sexual relationship with a student that was destined to leave her emotionally fucked up for decades and then write “with much affection” in her yearbook.

Hey, look, buddy, the point of Pluggers is to use furries to illustrate down-home real American anecdotes that manage to be self-deprecating and smug at the same time, OK? It is not a venue for working out your extremely petty and very specific marital grievances, do better everybody