Sally Forth, meanwhile, is approaching much more transgressive territory than mere exhibitionism: no, Ted and Sally are making their first ever neighbor friend and are immediately veering into cuckoldry. Look at how Sally sweats with delicious anxiety as their neighbor moves boldly into her personal space! Ted seems to have vanished entirely after the first panel, but I assume he’s bearing the same intrigued expression you can half see on him there. 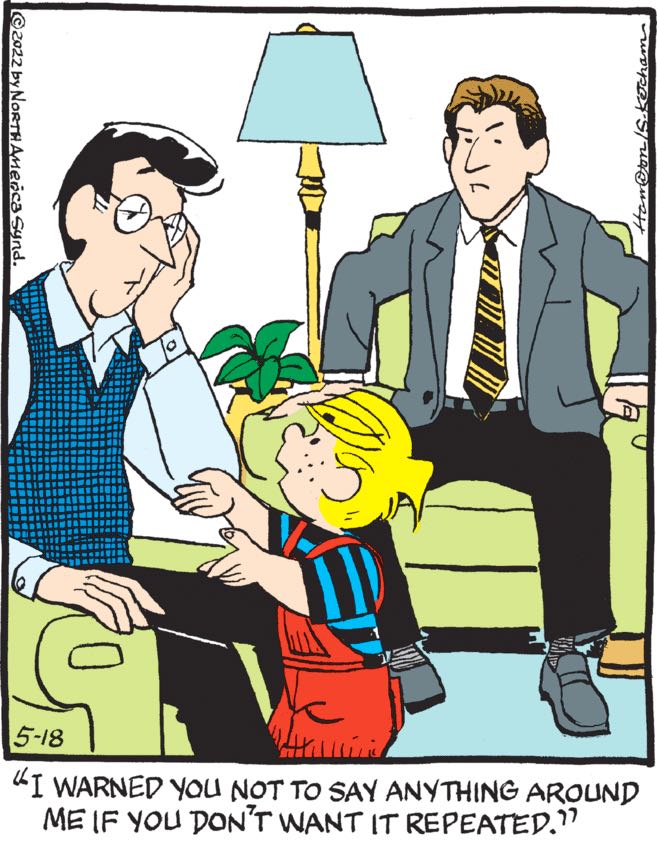 This is a profoundly sad strip. Dennis is begging — begging — his father to stop shit-talking his friends because he knows he’ll blurt all those insults out in front of them, he wants to stop but he can’t stop, not matter how hard he tries. Henry, meanwhile, looks not upset or sympathetic but bored. “Look, kid,” he’s thinking, “You’ve gotta menace these guys. I know it’s no fun, but it’s what the people want. It’s the name of the strip. It pays the bills around here.”