Earlier this year, my faithful readers were treated to what I assume was an enlightening etymological journey in which they learned that the phrase “the bucket list,” far from being some longstanding cliche in the English language, was actually dreamed up by the screenwriter for the 2007 film of the same name. It’s therefore interesting to note that despite the phrase’s recency, many people who use it seem to forget that the “bucket” part comes from “kicking the bucket,” and treat it as a generic “list of things you want to do someday,” rather than what it actually is supposed to be, which is a specific “list of things you want to do before you die, an event which you suspect might occur sooner rather than later.” Anyway, my point is that the Dustin creative team seems to fall into this category, and also the category of people who think it’s hilarious if an item on someone’s “bucket list” involves an actual bucket, or a thing like a basketball hoop that’s close enough. Either that or Dustin’s eight-year-old friend is actually dying, in a storyline that I guarantee will jerk exactly zero tears since nobody is emotionally involved in the comic strip Dustin or any of its characters, but it would explain why this kid seems to think he needs to do a slam dunk now rather than just waiting to get taller. 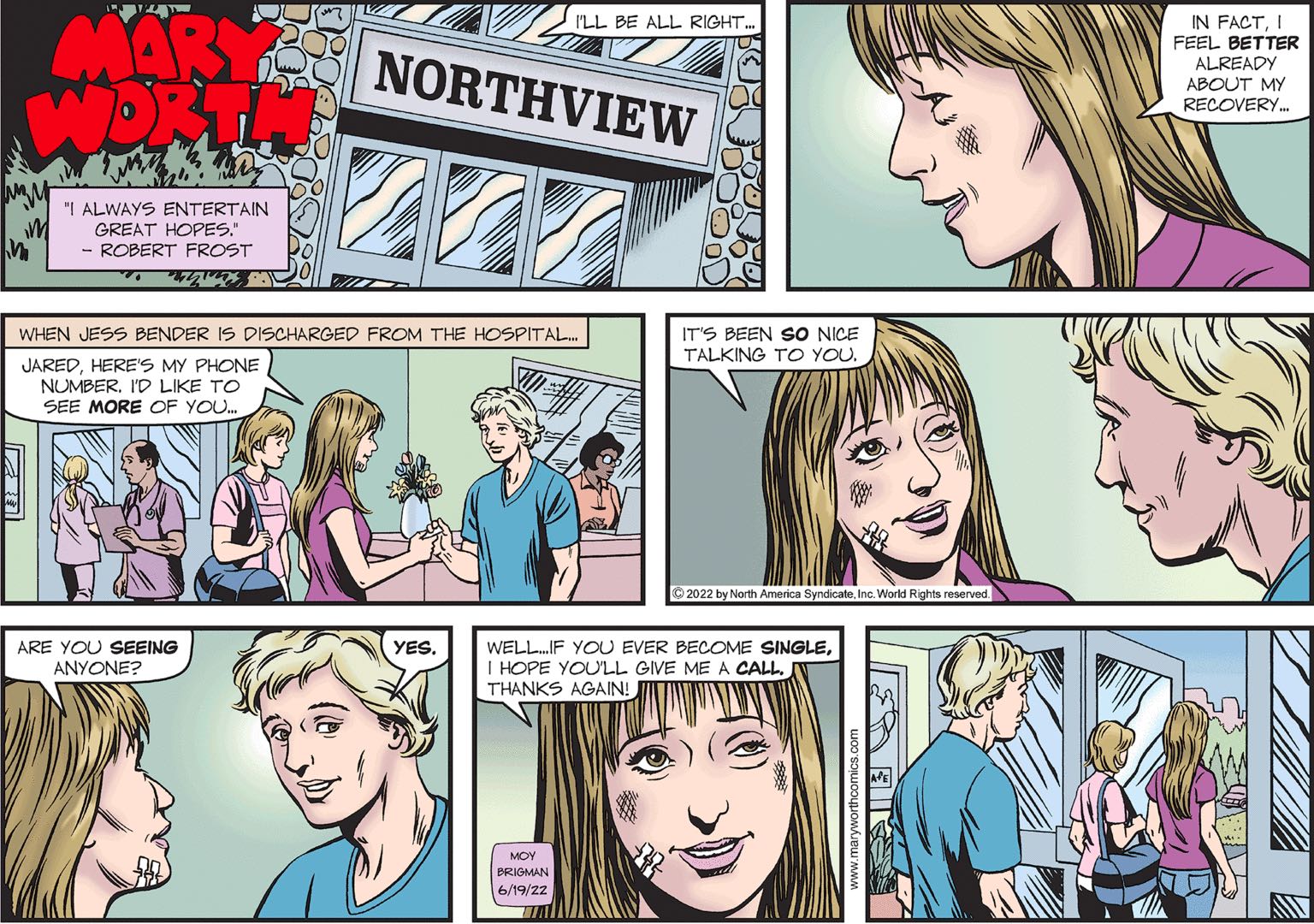 Imagine if you had been subject to abuse from your intimate partner so violent that it landed you in the hospital, where you spent the night being cared for by a sensitive physician’s assistant, and the next day, as you’re leaving, you screw up your courage and ask him out on a date. If you discovered at that point that he had a girlfriend, it would — and I am not exaggerating here — be one of the best things that could’ve happened to you in that scenario. Girl, you need some time on your own and this guy has weird control issues, do not answer the phone when he inevitably calls you!!!

Oh, huh, looks like Dick’s plan to sleuth out Mr. Memory’s location has been short circuited by the fact that Mr. Memory is enjoying a pleasant dinner with the Plentys, Dick’s son’s parents-in-law. Mostly I’m posting this on the off chance that Dick is about to have his face gouged off by an owl and I didn’t want you to miss it.