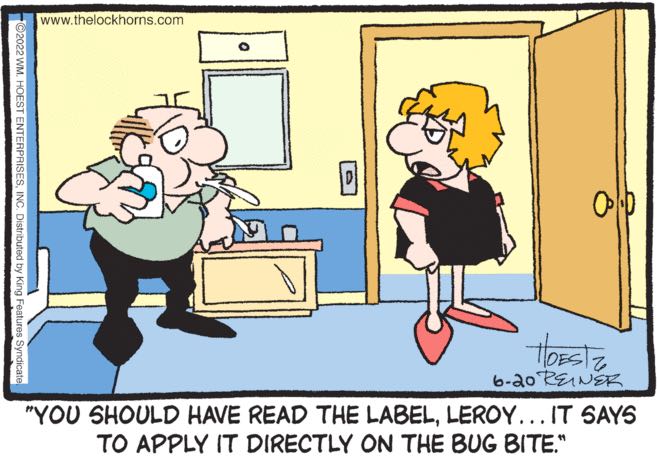 A fun thing to do with the comics (for certain limited definitions of “fun,” but those limited definitions are pretty important for a self-proclaimed curmudgeon of the comics genre, so here we are) is to try to work backwards from the scenario we see in any given panel to see how contrived the implied setup truly is. Like, at a fundamental level, why are the character where they are, other than “it’s necessary for this joke”? Today I’m particularly curious about why Loretta is hanging out in the (surprisingly spacious, considering her constant harping on Leroy’s low salary) bathroom with Leroy while he incorrectly takes his medicine, but standing with her back to him. The answer, I guess, is that she knew he would screw up this basic task of self-care and wanted to be there to enjoy that when it happened, but was idly looking at the toilet (?) until the proper moment, for plausible deniability. Normal people wouldn’t follow their spouses into the bathroom, of course, but I think we’ve long established that neither Leroy nor Loretta are normal, so I’ll let it side. 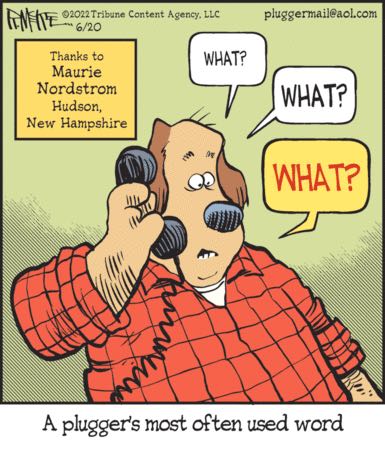 Today’s Pluggers is great because it could plausibly be about how pluggers are continually baffled and agitated by virtually all developments in society since 1978, or about the fact that they are increasingly deaf. But, really, do we even have to choose? “Pluggers don’t want to hear you telling them about modernity and fortunately they can’t” is a perfect Pluggers caption, to me.

“And if those superheroes kidnapped people at gunpoint, took them back to their filthy hovel, and got quack doctors to do experimental brain surgery on them, probably with whatever power tools were available? Truly that would be a utopia!”