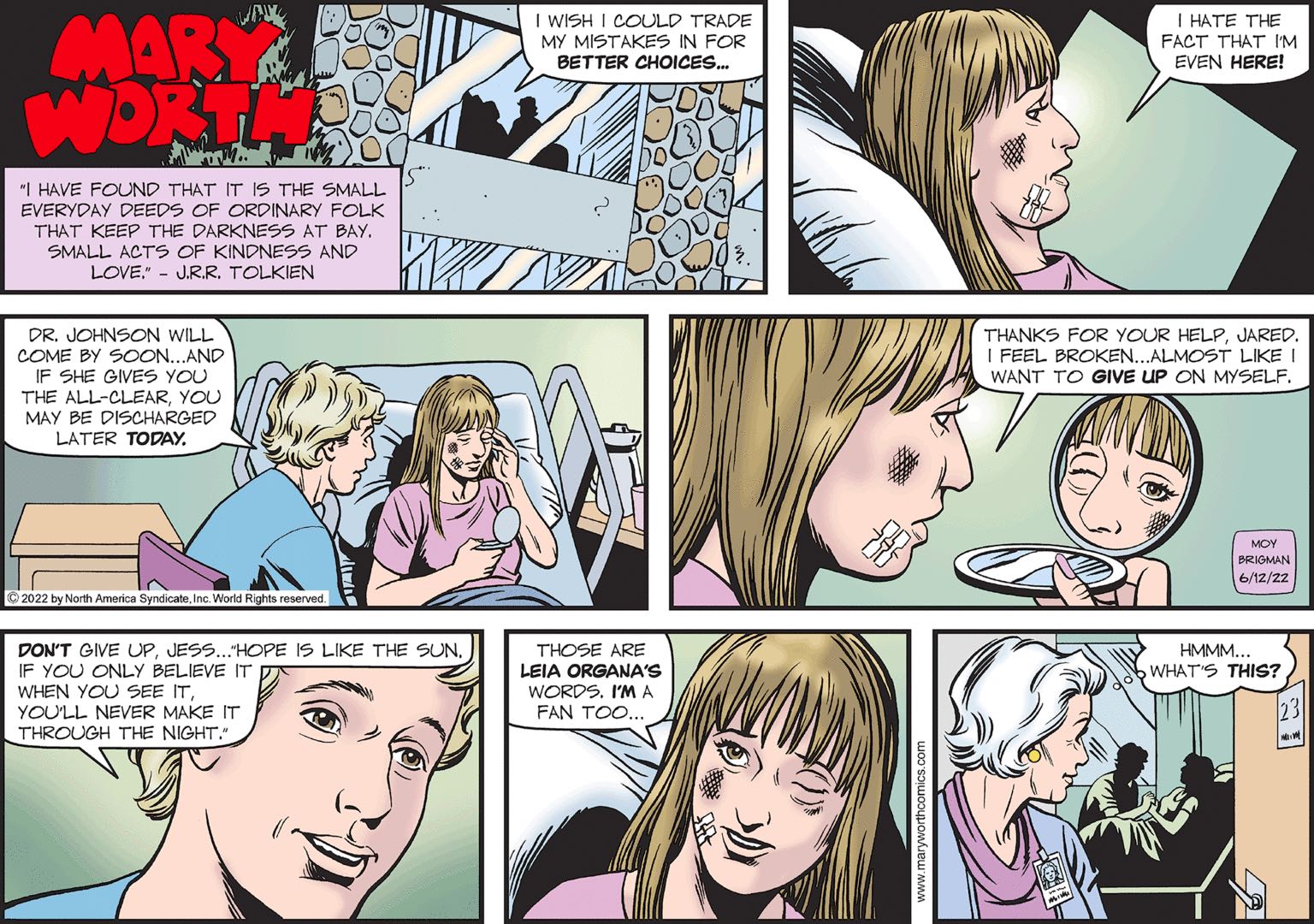 The thing about Mary Worth, the character, as well as Mary Worth, the strip, is that they are both very moralistic in tone but their actual morality is often pretty flexible. One of the very first storylines featured on this blog involved Mary telling her friend Anna to pursue an old flame at her high school reunion, even though he was now married. Fortunately, he turned out to be recently divorced so that he and Anna could almost immediately get married themselves, but the point is that you’d think Mary’s in favor of couples staying together, but Mary might be like “Hmm … what this? A young woman who refers to Princess Leia as ‘Leia Organa’ and quotes from the one of the movies from the new trilogy that normal people stopped thinking about immediately after it ended? She seems like a fine match for Jared! All I have to do now is mention that his current girlfriend is freak-dancing with anyone who asks down at Rock It to speed this process along!” 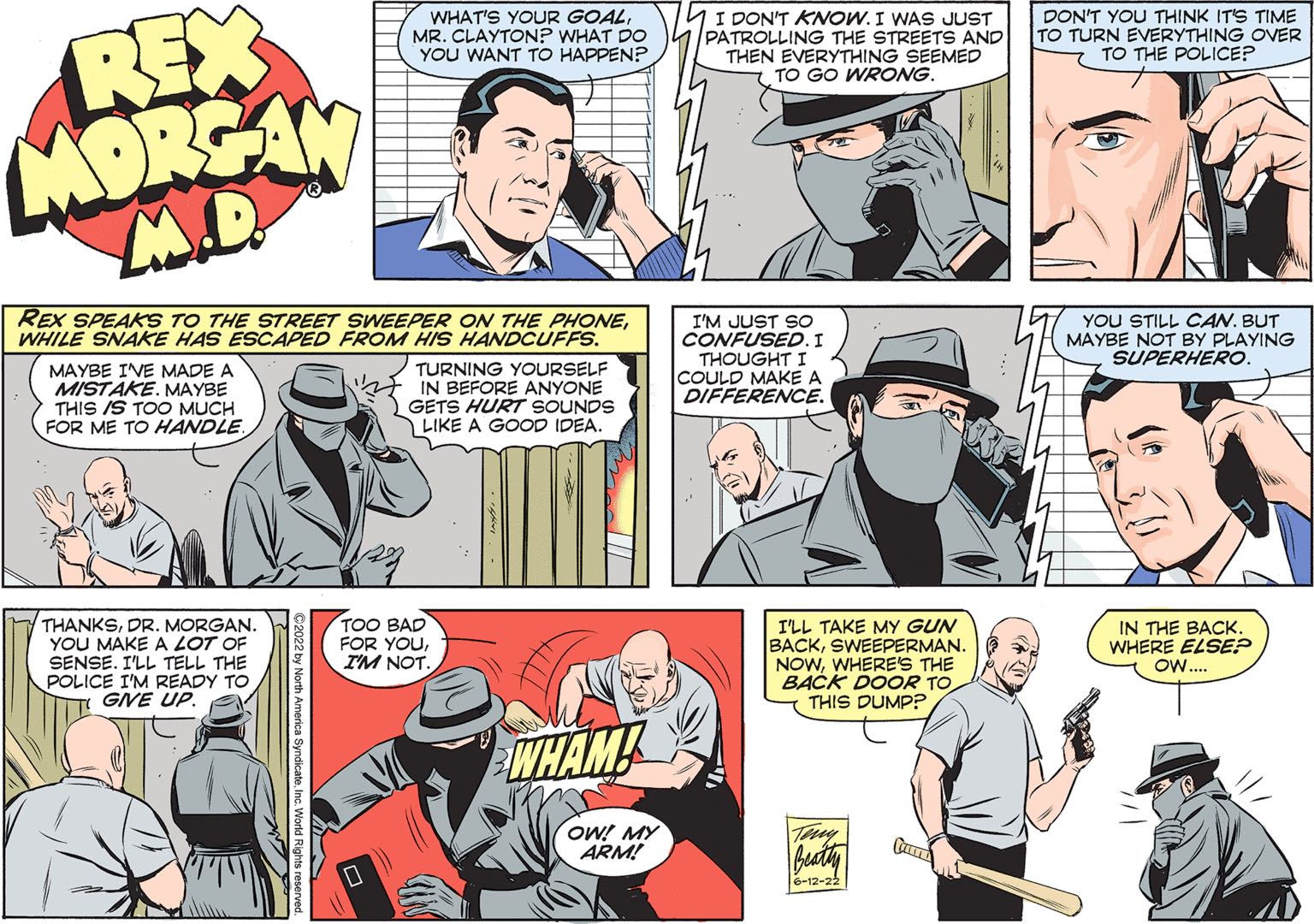 Well, we sure were enjoying that storyline for a bit about a guy who wanted to be a superhero, which we think of as a noble pursuit, but then it turns out he was a crazy person, which maybe shouldn’t have been a surprise given the whole “wanted to be a superhero” thing. However, in addition to thinking that you can cure crime with surgery, the Street Sweeper also bought some extremely cheap handcuffs that may have just been part of a “hot cop” costume from Party City, so I think a lot of our philosophical questions are about to get resolved, at gunpoint.