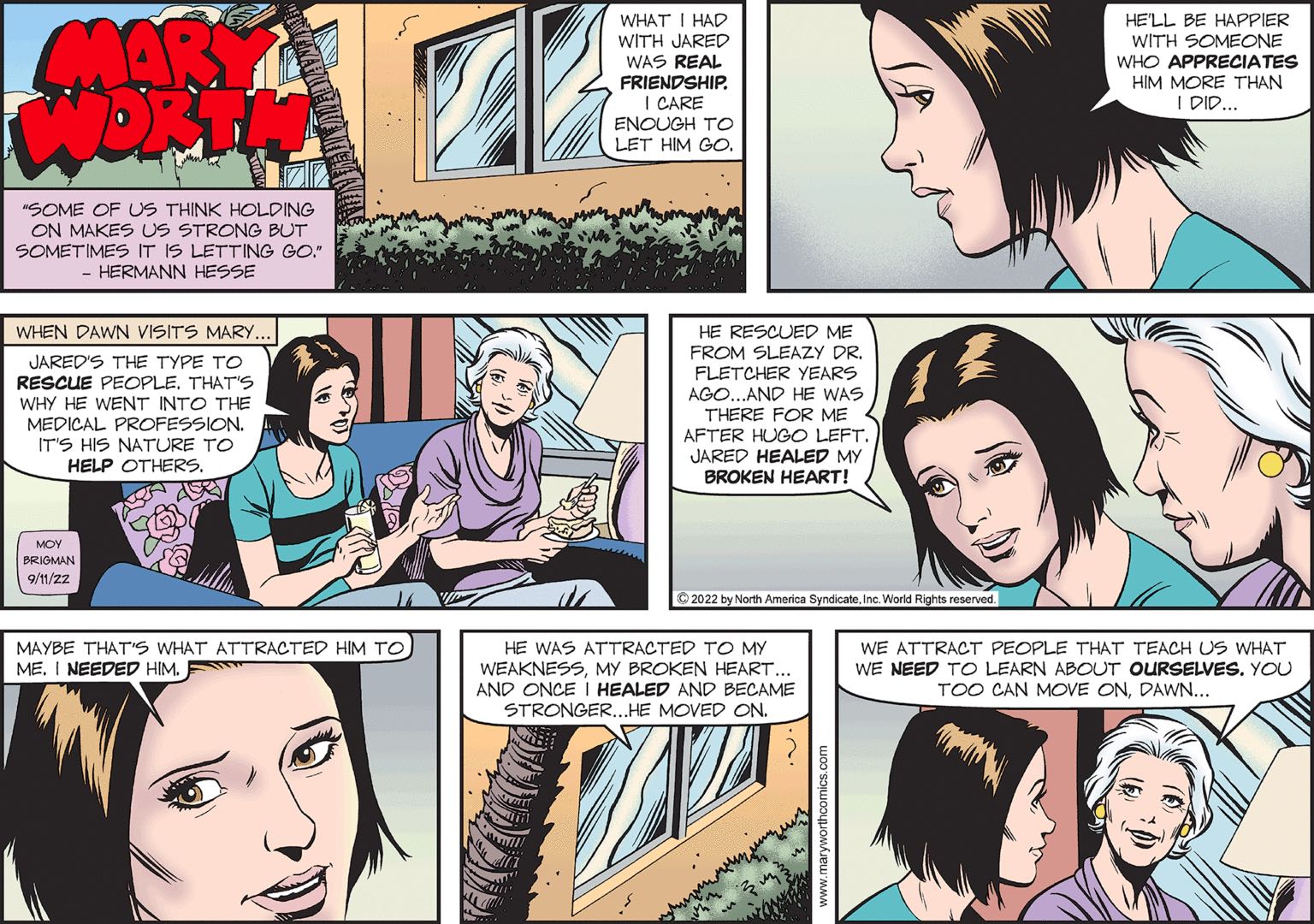 Man, I wasn’t sure how Mary was going to use her Jedi mind powers to get Dawn to rationalize herself out of her rage over getting dumped by the boyfriend she never respected, but “well, we were in a codependent relationship due to our various personality flaws, but then I got too emotionally healthy for him to fix so he had to dump me, which was for the best,” is really quite impressive.

Uh, yeah, going forward I’m going to want to hear a lot less about “Count Weirdly stole some top secret plans” or whatever and a lot more about “Count Weirdly has twin sisters and they keep using their genetically identical nature to commit crimes for which they cannot be prosecuted.”

Really like the contrasting faces of the couple at the lower right here: both are sexually aroused by what they’ve just seen, but she’s in touch with her kinks and fine with that, while he’s had feelings awakened he’d rather keep buried.

Crankshaft’s expression in the final panel is really great. “So, uh, we’re doing really doing this, huh? Sure we can’t just do another strip where I’m an asshole to children?” 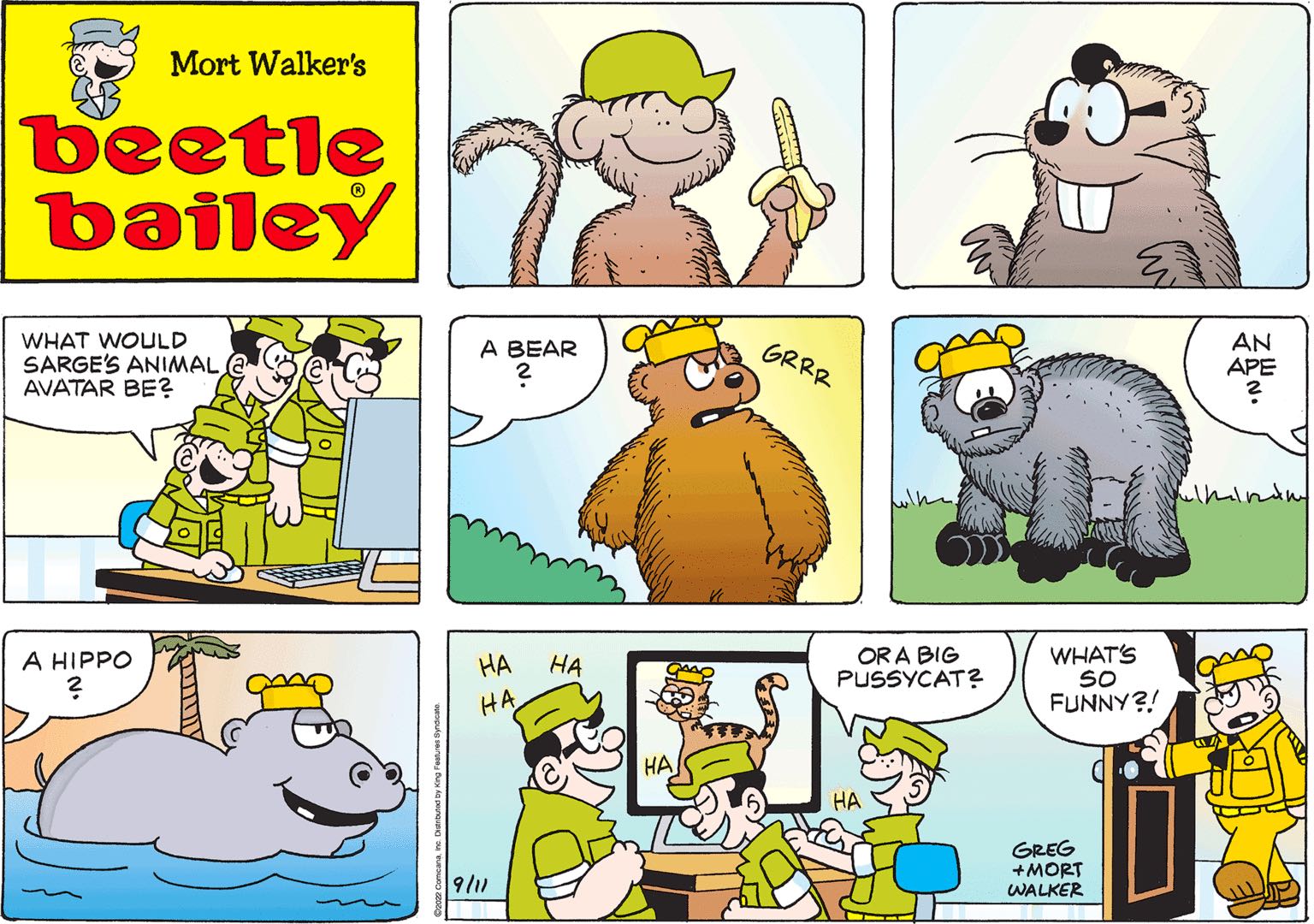