So Sarah’s been writing this very long fan letter to Kitty Cop scribe and noted local writer’s block sufferer Kyle Vidpa for a while now, and Rex has done nothing but make fun of her for it. I had naturally assumed this was primarily because Rex likes making people in general and his children in particular feel bad for experiencing enthusiasm, but let’s not forget that Rex may be projecting a bit because he also sincerely dislikes being on the receiving end of enthusiasm, even from people who owe their lives to his doctoring skills. As far as Rex is concerned, the only way to demonstrate your positive feelings for someone is to send them a tiny envelope that is exactly large enough to include a check and nothing else. Please do not write “thanks!” on the memo line.

A key thing to remember about this storyline is that that Ashlee chose Drew as her photographer because of his Instagram account, which in turn earned a decent following not because he actually takes portraits of people, but because he takes nature pics. But gosh darn if the good Dr. Corey the Younger isn’t going to throw his all into this assignment, by dressing Ashlee in an extremely cringeworthy fringed two-piece and yelling things at her that he’s probably half-remembering from the sequences in Austin Powers where Austin is going undercover as a fashion photographer. 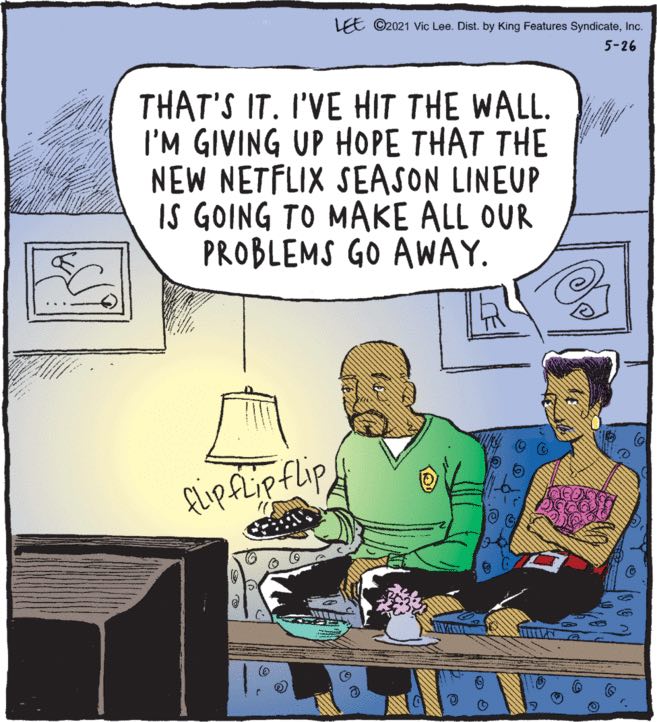 “Aw man, I guess if this joke is going to be contemporary, it should reference Netflix, not normal television. Netflix has season lineups, right?”

It’s Christmas Eve, everybody! What do you need to make your holiday complete? Is it the return of the storyline about Funky’s senile and sexually aggressive father? 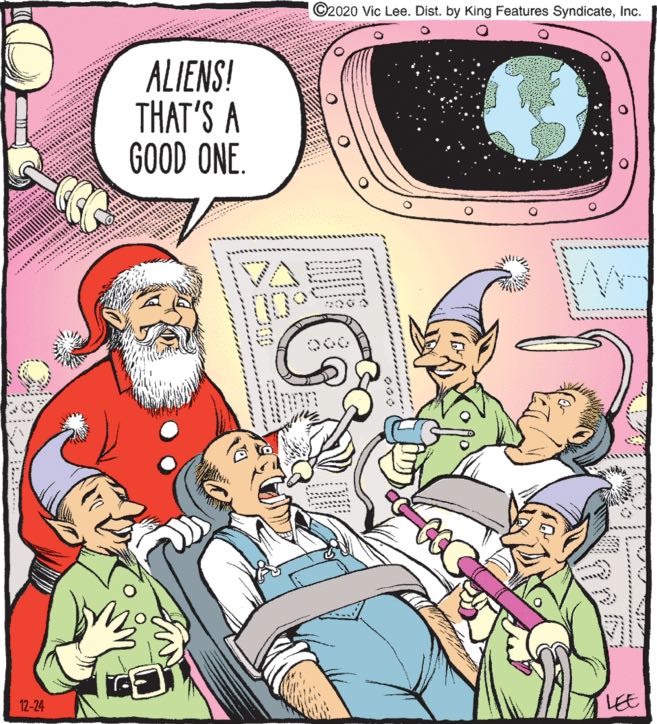 Is it a vision of Santa and his elves, conducting unspeakable medical experiments on innocent people for no reason you can fathom?

Wrong! What you need to make your holiday complete is this comic strip about a teddy bear yelling at a little girl that she needs to learn about self-soothing! Simultaneously baffling and repellent, it’s everything we love about this wonderful season. Merry Christmas to all, and to all a good night! 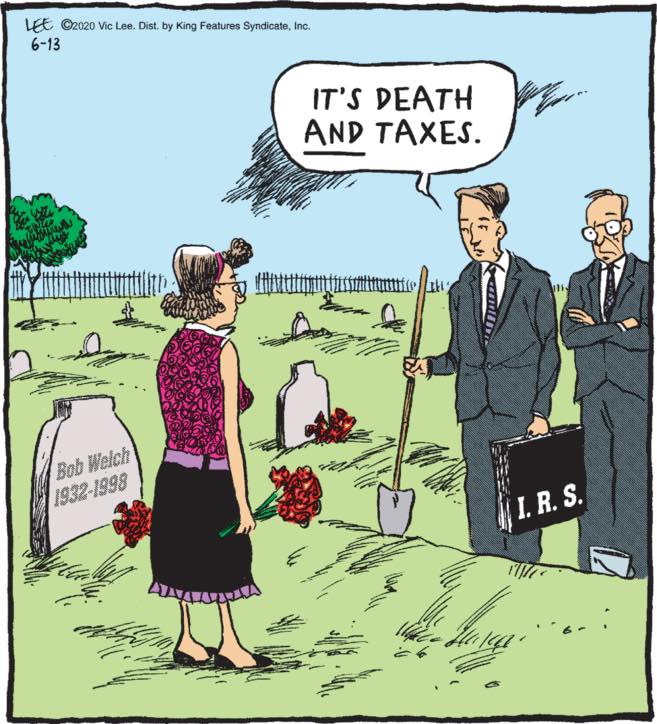 So they’re gonna … dig up this guy? Who’s been dead for more than 20 years? And … they’re gonna make him pay his taxes? As near as I can tell there’s no famous tax cheat with the name and lifespan on that headstone, so maybe this is some sort of name-check of an acquaintance of the cartoonist, whose grieving family surely didn’t deserve this.

Generally speaking, those “delivery in [X] minutes or your pizza’s free” rebates come out of the driver’s paycheck, so I guess the joke here is that this guy is going to lose money because Beetle is holding him for a while at gunpoint. 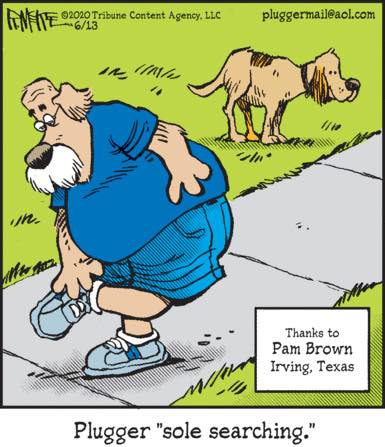 THAT’S RIGHT, MOTHERFUCKERS, PLUGGERS HAVE NEVER DONE A MOMENT’S INTROSPECTION IN THEIR LIVES AND THEY NEVER WILL