Hey, did you know that “deja vu” means “seen again,” and that “vu” is the past participle of the verb “voir,” which means “to see,” and that an earlier form of the same French word entered English after the Norman conquest and gave rise to the English word “view”? Or, to put it more succinctly, did you know that “view” and “vu” are basically the same word? And so this isn’t really much of a pun or anything at all? I know the bar for Crankshaft wordplay is very low, but surely it should be higher than this?

It probably won’t come as surprise to you that I’ve been reading Mother Goose and Grimm for a long time, possible since it first launched in 1984. I have a vague memory that Ralph (the Boston terrier) was not an original character, but was introduced some time into the strip’s run, maybe? But if so he’s been around for years. Years. You’d think … Grimm would know if his friend had a job? Or at least, some politics weird enough that he’d she tears over Mr. Potter?

I’d like to think that whoever on the Crock creative team wrote this strip in the 1990s or whenever this first ran had heard of boom boxes, by which I mean had heard the phrase “boom box,” but didn’t really know what they were. A box that booms, probably? That’s why they call it that, right? Not sure what the box looks like, better not draw it, but we can be pretty confident about the booms.

You absolutely cannot make me care about this conversation Rex and June are having about not having any more kids, but I am profoundly unnerved by the way each frame is a closer and closer zoom in on one of their faces. Here’s hoping this trend continues and by Sunday we just have word balloons emerging from six panels of undifferentiated, featureless pinky-peach flesh. 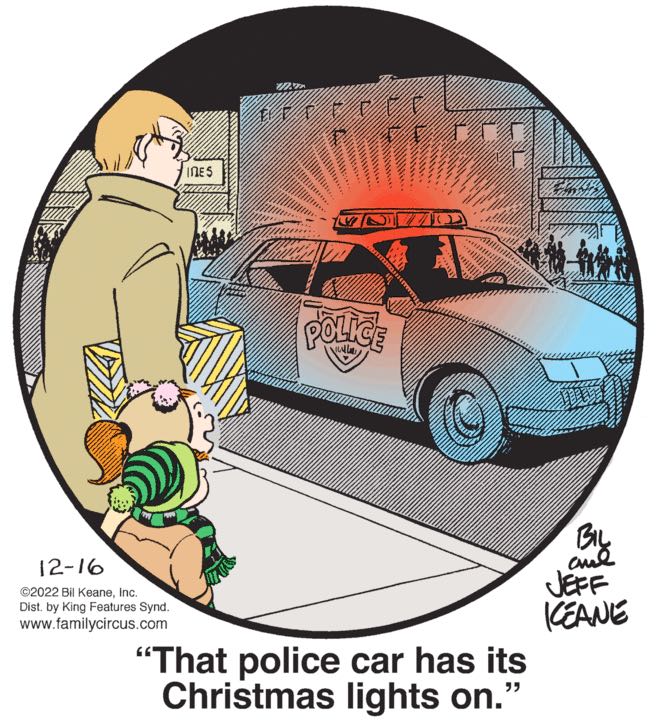