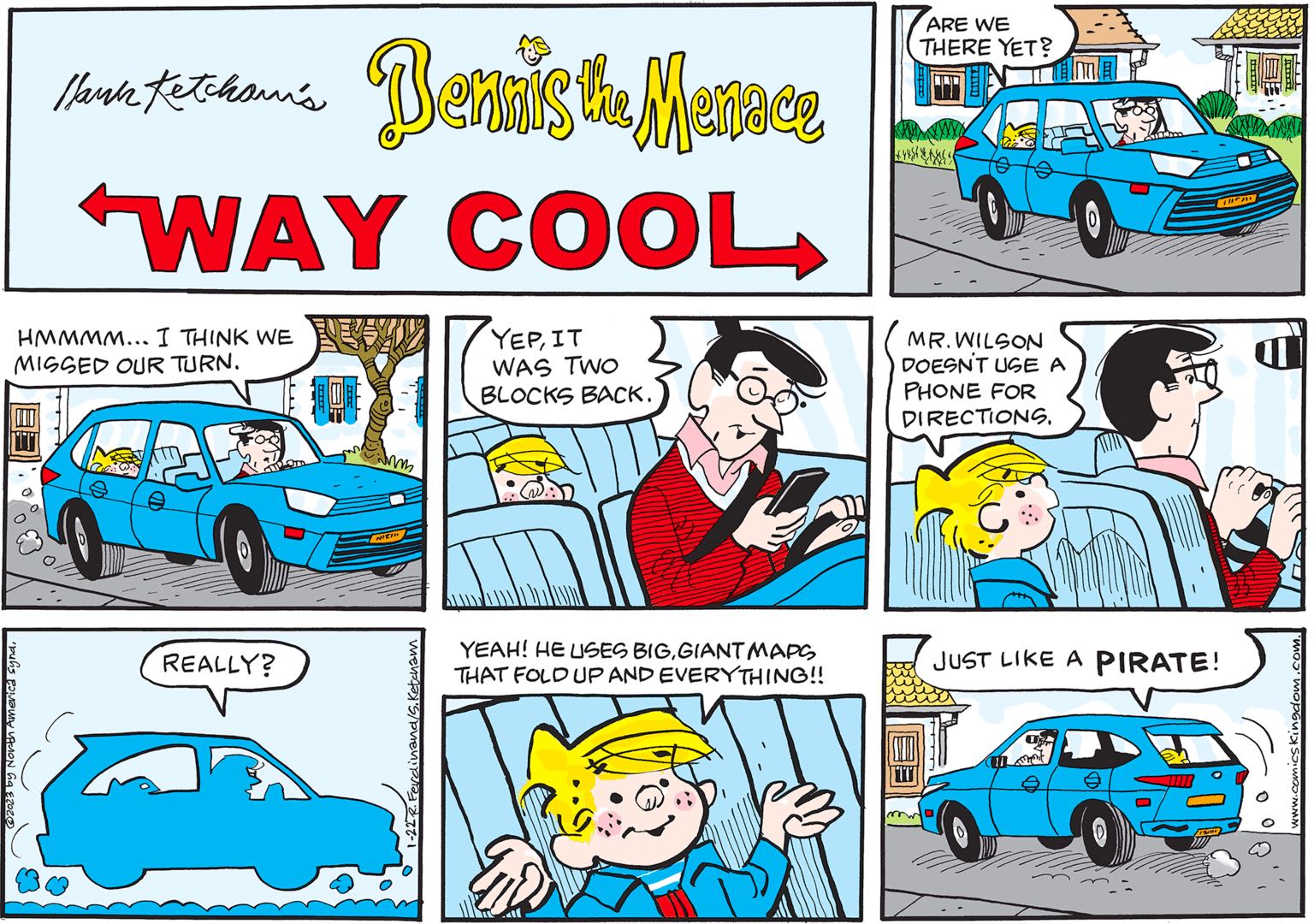 One of the biggest transformations in American life over the last generation is that children — including ones who are surprisingly old, or at least surprisingly old to me, a non-parent — have to be strapped into car seats in order to go anywhere. I remember being kind of smug when hearing that the Kids Today can’t go a long car ride without being entertained by a screen of some sort, but then I realized that unlike me at that age, these kids are essentially immobilized for hours at a time, so what can you expect? Anyway, newspaper comics are created by and/or cater to the aesthetic tastes and nostalgia of Boomers and older Gen Xers, so it makes sense that Dennis, a child who is absolutely small enough be in a car seat, is not in a car seat in this comic, even though Henry’s phone places the scene squarely in the present. At least he’s in the back seat, so he won’t be killed instantly by the airbag triggered when Henry inevitably drives into a tree while futzing with the GPS.

Shoe and the Perfersser make up the entirety of the Treetops Tattler’s editorial staff, so it seems a little weird that they’re both in court to cover this story. But it’s not every day you get to see an old man sentenced to die in prison, I guess.

Literacy, everyone! It’s what transforms you from the idiot dipshit in the first two panels to the smug little fucker in the final one. Learn to read, why don’t ya!

167 replies to “Frogs! Science! Socrates! All the things kids like”