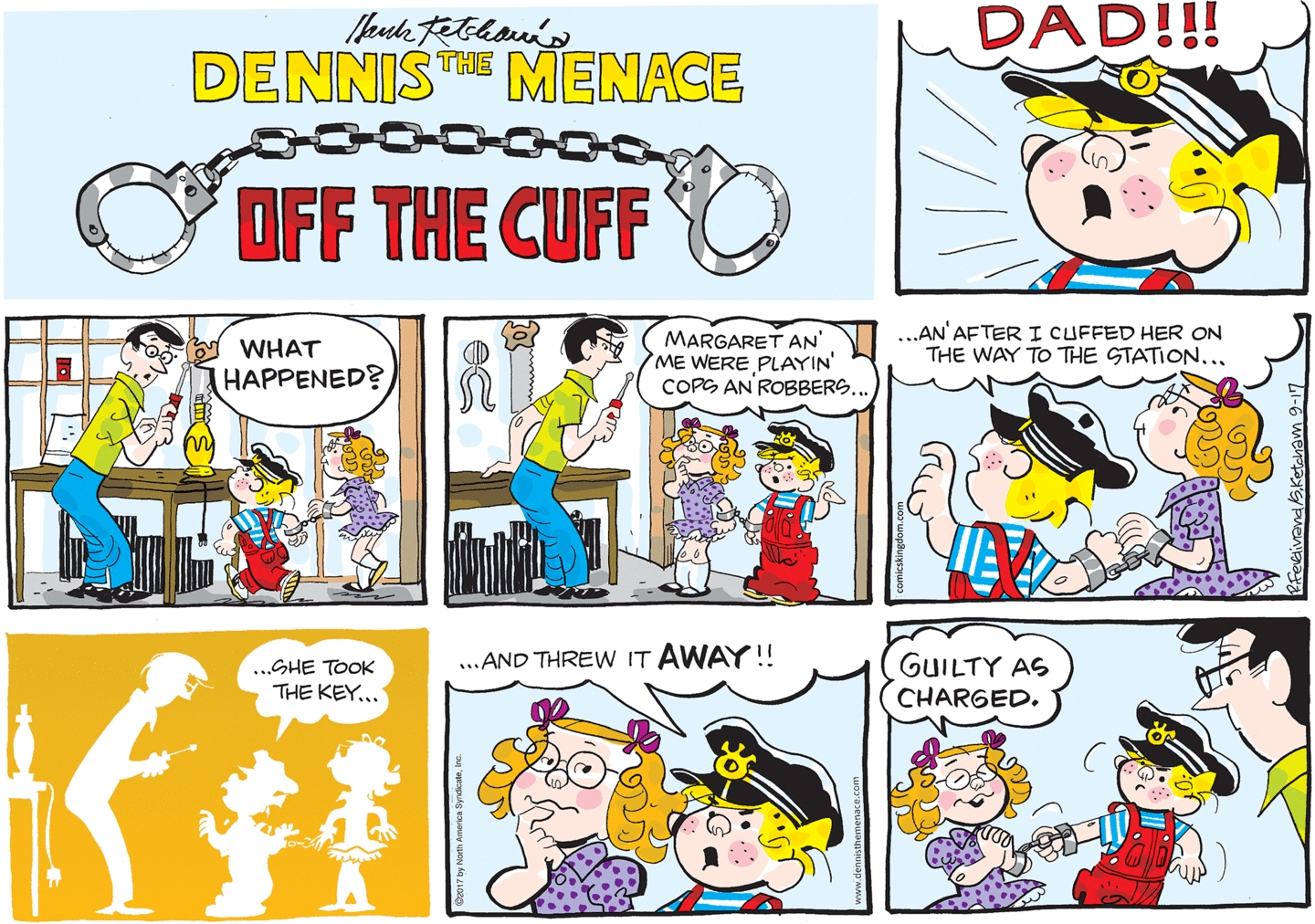 Margaret puts her own dark spin on the Arlo and Janis classic: It was her idea, Dennis, all hers. And she has so very many ideas for you. 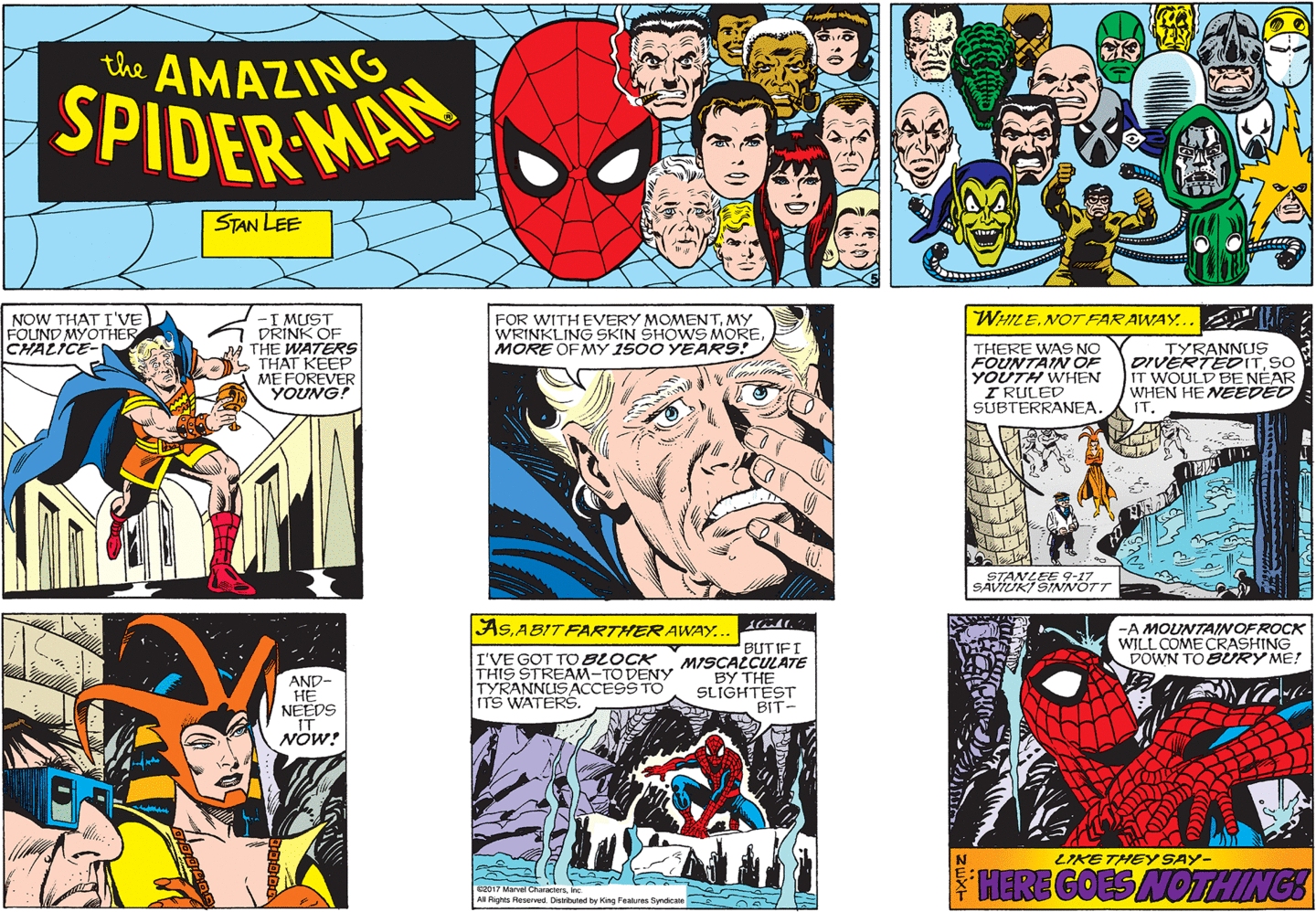 Hoo boy, is this strip ripping off Indiana Jones and the Last Crusade or what: underground standoff, chalice of immortality, unstable geology, icy-hot villainess — the works.

Now Tyrannus here is an evil guy, no doubt: he usurped a kingdom from good ol’ Melvin the Mole Man, busted up his wedding, put him in chains, talked endlessly about killing him, yada yada. But Spider-Man’s plan is to deprive a desperate old man of the cheap, plentiful resource he needs to postpone his degeneration and death? Brr. Dude, you’re a super-hero, remember? 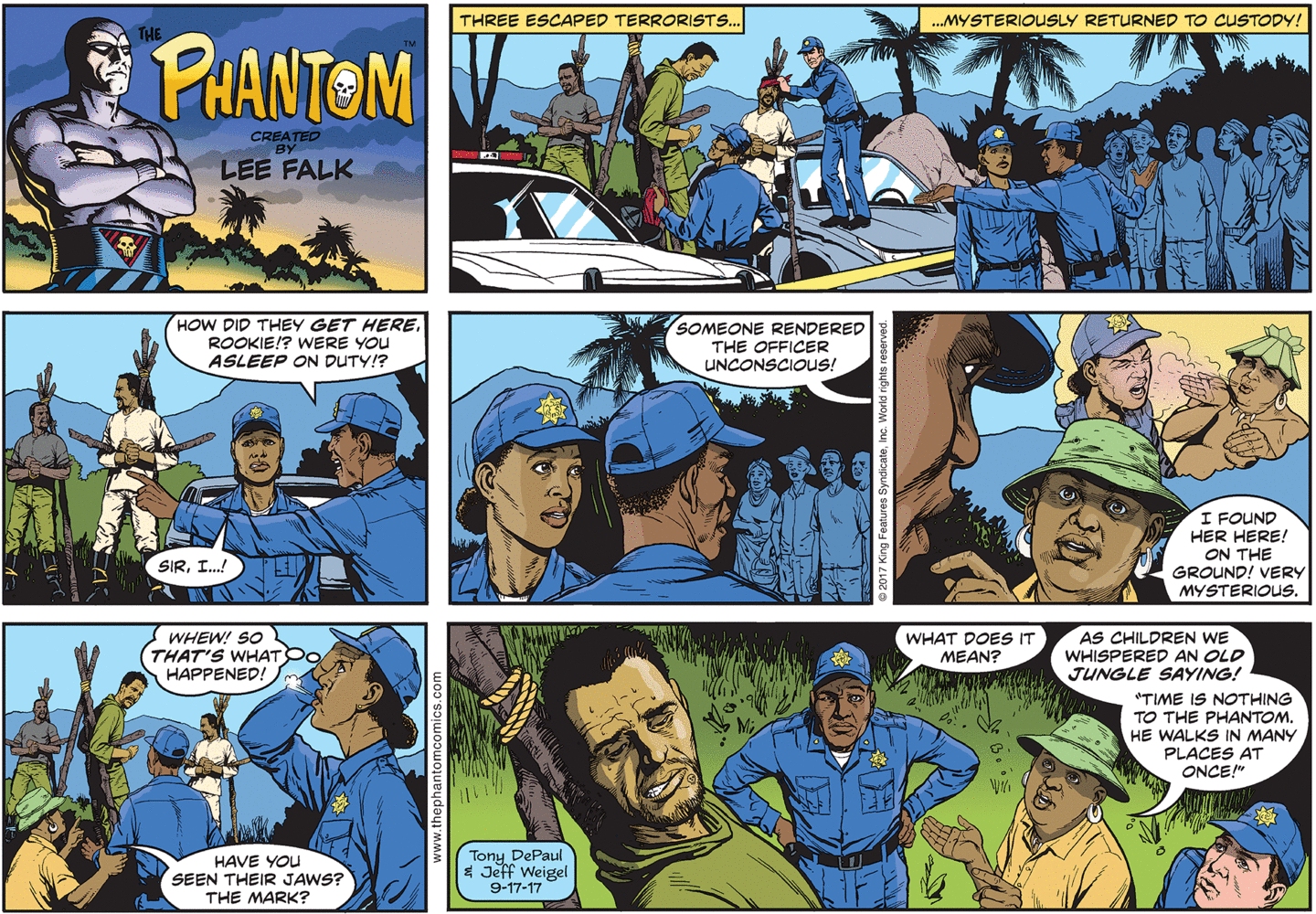 Speaking of stretching the limits of heroism, seriously Phantom, I know Prince Valiant set a precedent, but you gotta crucify these guys? (OK those aren’t technically crosses, but what else: “isocelate”?)

And isn’t Guran reaching for the blackout powder just a little too often? Last time I looked, that was for enemies, or at least mildly inconvenient nosy reporters. But he may need a lot more of it once it dawns on these cops that the sketchy rando who shows up out of nowhere and starts explaining the crime to them is pretty obviously the perp. Has nobody in this godforsaken backwater seen a single episode of Law and Order?