Few things have unsettled me more today than Hanna thinking to herself “My grandson is safe with his mother … for now.” What could this possibly mean? Safe from what? Is he the Chosen One of Prophecy, with a magical protection charm keeping evil at bay as long as he stays in his mother’s home? Is this why Hanna’s been so reluctant to babysit him, because while his mother’s out finding self-actualization or true love or whatever, Hanna must maintain constant vigilance against the emboldened dark forces who seek to snuff out Gordon’s life before he can come into his full powers? Probably not, and I guess we’re never going to really find out, because right in the middle of this reverie she just stone-cold rammed into the front of Ian’s car, and I assume that his condescending rage will be both extensive and hilarious.

Kudos to Margo for maintaining her utter dominance over both Tommie and Lu Ann with one power move. I certainly hope that every third night over the past few months she and Lu Ann sat together staring at empty plates for several hungry, agonizing hours. “Look, Margo, I don’t think she’s coming home tonight, I could cook something real quick–” “No. It’s Tommie’s night.” “Well maybe we could just get some Thai food delivered, or–” “It’s Tommie’s night, and put that phone down RIGHT NOW or I am not responsible for the consequences.” 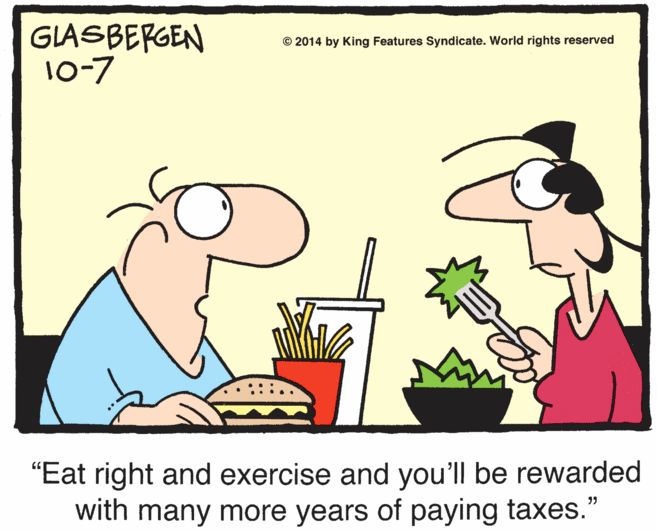 Remember, only in the sweet grip of death can you escape the extractive power of the tyrannical state! SUICIDE IS A REVOLUTIONARY ACT 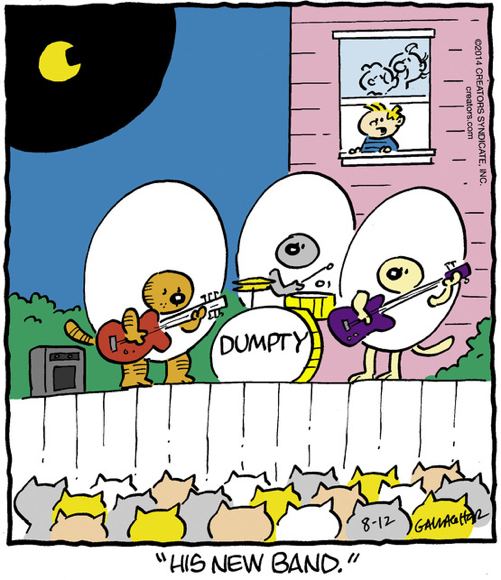 Here’s an amazing fact that maybe you’re smarter than me and it’s not news to you but maybe it will blow your mind as much as it did mine — I think maybe Ryan North’s Twitter feed is where I heard it but I’m not 100% sure. But, anyway: have you ever noticed that nowhere in the Humpty Dumpty rhyme does it mention that Humpty Dumpty is an enormous man-egg? It’s true! It’s not clear from the rhyme’s history whether he was always meant to be an egg — perhaps it was originally a riddle with his eggish nature as the answer as to why he couldn’t be reassembled. Wikipedia says that “the rhyme is no longer posed as a riddle, since the answer is now so well known.” Humpty-as-egg is such a well-known bit of pop culture, in fact, that Heathcliff and his friends have named their new eggcore band “Dumpty,” which nicely fits into the narrow space between whimsically surreal and thuddingly stupid where Heathcliff has found its sweet spot. 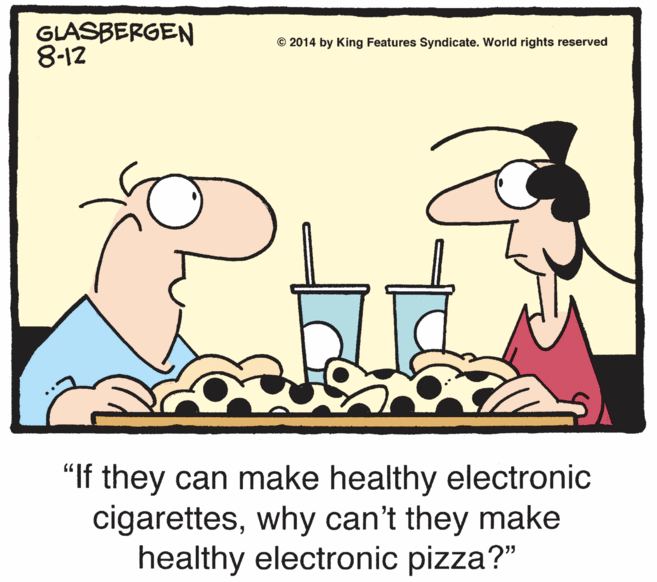 Stanley and Harriet yearn for the days when healthy electronic pizza will be a thing. Until then, they’ll just keep on eating enormous blobs of chocolate-chip cookie dough, I guess.

I’m back everybody! Isn’t it great when come back from a long time away and discover that literally nothing has changed? Tommie and Carol are wearing the same clothes they were wearing two weeks ago, and are still just standing around talking about nothing of any interest to anyone! The two of them cruelly drove away beloved non-Tommie non-Carol character “Tina” and since then it’s just been the two of them yammering away in an otherwise empty universe. Oh, were you excited by the prospect of what excitement an appearance from “Doc Wheeler” might’ve brought to the strip? Hate to break it to you, but there isn’t any “Doc Wheeler.” We sure didn’t see him on panel. Probably Tommie formed some straw into a vaguely man-shaped pile and said “Look! It’s Doc Wheeler!” and Carol said “Hey there, ‘Big Wheel!'” and then they both laughed and laughed for way, way longer than they should have.

Meanwhile, all sorts of things happened in Judge Parker, the main thing being that Neddy has finally come into her own as a Spencer-Driver. Balancing the books of her “Made In The USA” clothing line on the backs of the Social Security and Medicare trust funds and/or old people’s desperation? Heading down to the factory she owns to smugly watch the elderly try to operate machinery and thread needles with trembling, arthritic hands? Abbey’s right: she should’ve told Sam this sooner. He’d eat that shit up. 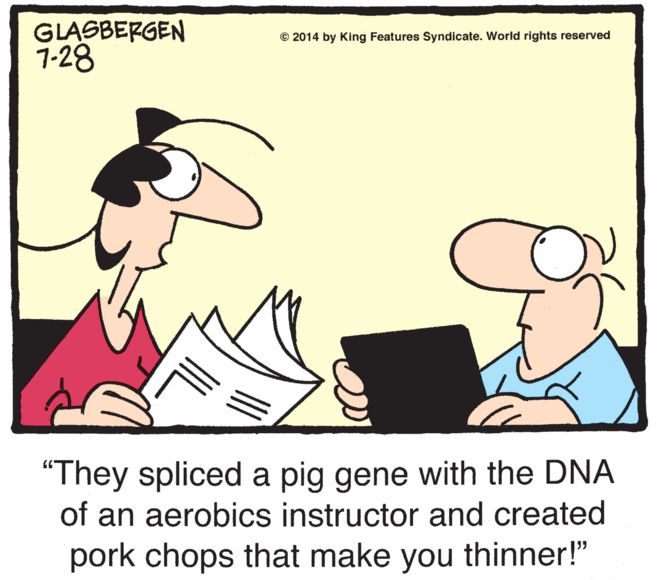 Also, the Better Half continued its slow and steady migration from “slightly less hateful Lockhorns knockoff” to “full-on surreal horror-nightmare.” I’m reading “spliced a pig gene with the DNA of an aerobics instructor” as meaning an aerobics instructor got some genetic material from a pig and not vice-versa, which means that the Better Half takes place in a dystopian future where even a small amount of artificially engineered DNA in a human’s genome makes that human an un-person who can be killed, cooked, and eaten without fear of legal or social repercussions. 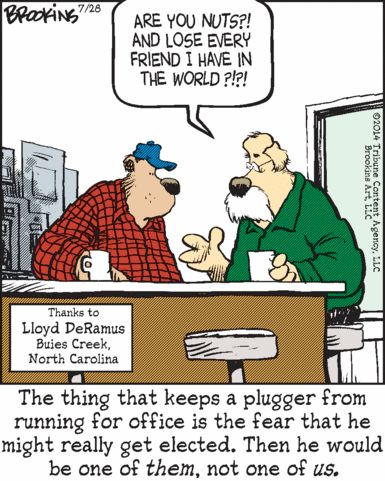 Deep down, pluggers know that their supposedly non-ideological knee-jerk “they’re all crooks!” attitude towards elected officials is a cop-out.