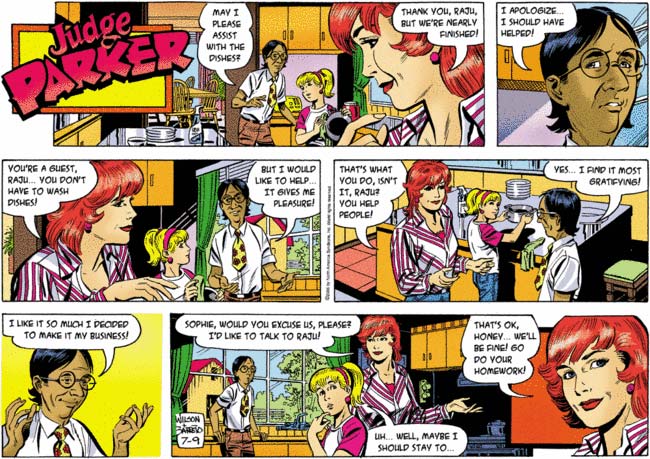 What I’m about to say here, combined with my earlier assertion that Randy Parker was flirting with his own stepmother (and, well, just about every other post I’ve ever written) will probably lead you to believe that I have a filthy, filthy mind, but I think that the sexual tension between Raju and Abbey is really palpable here. I mean, look at the eyes she’s giving him even before he proclaims that it gives him pleasure to “help.” Sophie is sent packing almost immediately thereafter, and Raju is about to discover that at least some women in America appreciate a guy with brains and don’t care so much about teeth. 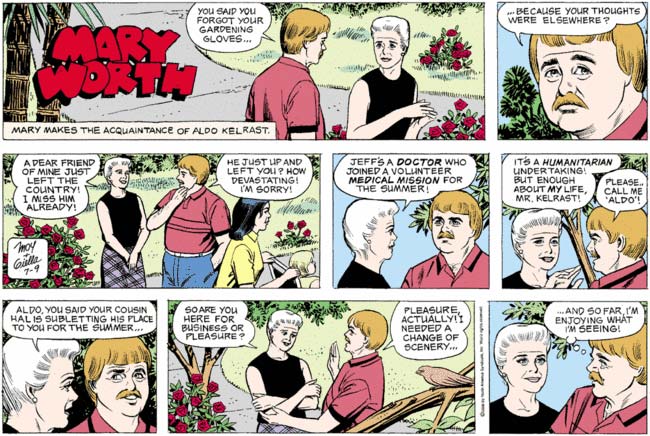 Is it just me, or is Mary looking a little … tarted up in the last panel? I’m guessing this is supposed to be “Kelrast-cam,” showing just what it is that he sees that he likes so much. 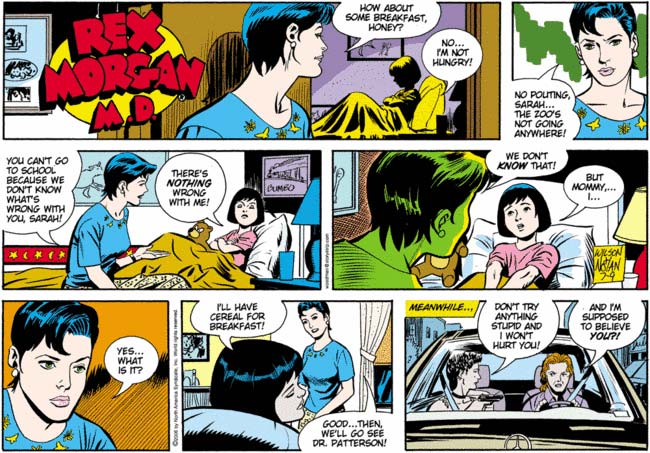 Mrs. C. has a theory about what exactly little Sarah is suffering from: Munchausen syndrome by proxy. Think about it: her parents are both medical pros with access to reams of incomprehensible medical mumbo-jumbo, and they have absolutely nothing in common except their daughter, and they only seem to pay attention to her when she’s sick. I’m just saying. Hopefully Abbey the Wonderdog will paw the DSM-IV open to the correct page in time! 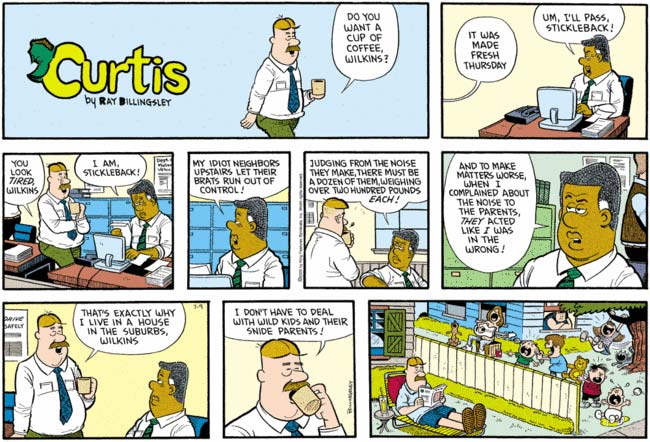 OK, so there’s no sexy ladies in this strip, but I’d like to point out that the baby at the far right of the last panel’s Hieronymus Bosch-esque suburban hellscape is sitting in a puddle of his own urine. I recognize that this is not in any way a sexy lady equivalent, but I thought it worthy of mention. Also, I think “stickleback” sounds like an extremely obscure slur against some unidentifiable ethnic group. “Hey, stickleback! Why don’t you go back where you came from?“