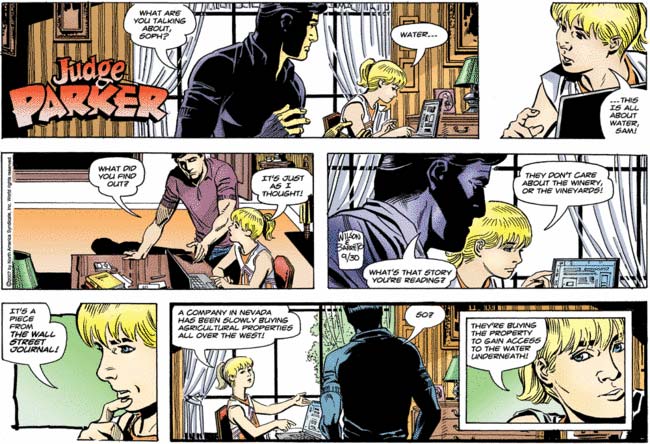 Oh, man, water! The sinister plot being machinated by the sinister Mr. Caesar is all about control of the world’s water sources! Sure, you may be saying “This is even more boring than I thought it would be,” but I’m hoping that Mr. Caesar has in his employ a bevy of environmental scientists who have given him an inside track on the coming total collapse of the globe’s water supply. In just a few months, the world of Judge Parker will be reduced to a Mad Max-esque desert hellscape, with roaming bands of angry refugees battling over the precious remaining water and gasoline deposits — and Caesar, with his enormous water storage facility with all its pipes and tubes and such, will be the most powerful warlord of them all. Sam will be wishing he’d sold his shares then!

Fun fact: The Wall Street Journal is one of the few major newspapers whose Website is available only for subscribers. Which means that Sophie, wealthy meganerd that she is, is paying for access. At least she’s not paying some guy in India to read it for her. 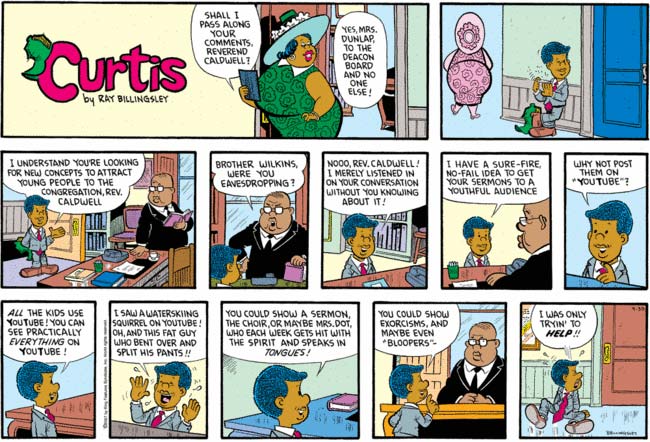 I know the joke here is supposed to be that old standby “Curtis is irritating”, and surely he gets off on some unfortunate tangents, but his idea is actually fundamentally sound, and is almost certainly being put into effect by any number of tech-savvy churches with younger congregations. Certainly Rev. Caldwell could probably get a better sense of how to attract young people to his church by asking actual young people, rather than sending memos to the deacon board, which is no doubt dominated by social-climbing middle-aged types like Mrs. Dunlap.

To be fair, Curtis’s suggestions for video entertainment need to be taken with a grain of salt. 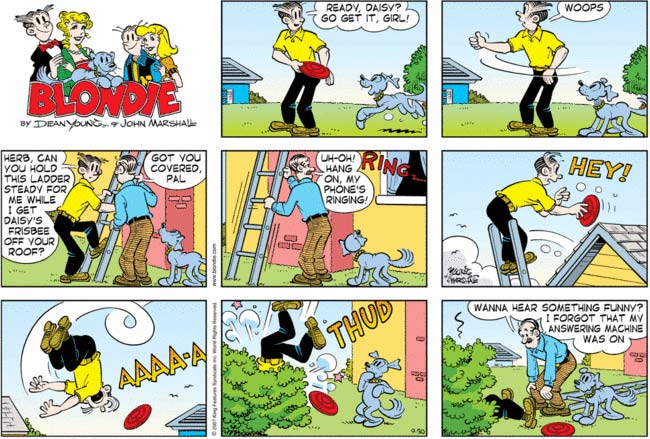 “Wanna hear something else funny? Now that you’ve broken your neck and are either dead or permanently paralyzed, I don’t have to return any of the tools I’ve borrowed from you!” 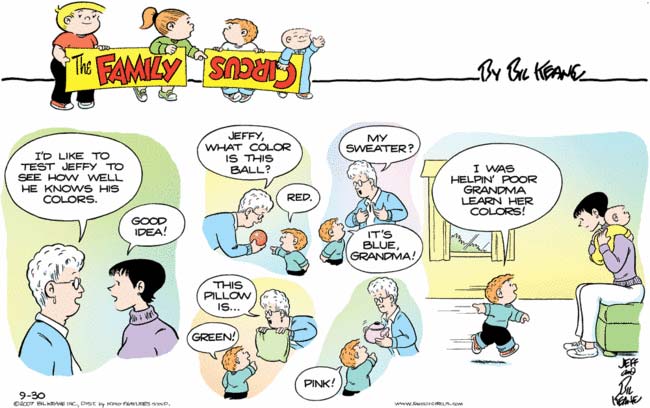 It shouldn’t come as a surprise that Grandma is worried that Jeffy is retarded. What’s funny is that Jeffy apparently has the same concerns about Grandma.

Meanwhile, in Mary Worth, Dr. Jeff is getting into dangerous territory…

Don’t ask about “the bum boat special” unless you really want to know, Drew.