My God, what kind of Google search results for “Culver Vale” would be so shocking to Howard Gourwitz that we would be treated to the vision of each and every one of his upper teeth? Obviously mere text couldn’t elicit a reaction of such visceral horror; no, Howard has clearly plugged “Culver Vale” into Google image search. In my unrelenting quest for the truth, and with total disregard for my personal safety, I bravely chose to do the same, and received one and only one result: 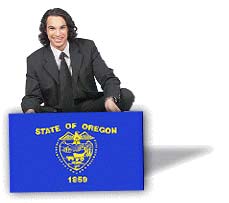 “Look at this, Tony! Cully allowed himself to be photographed wearing a conservative suit, and squatting and presumably defecating behind the flag of Oregon! And to think we’ve shared a locker room with this sicko!”

Tony’s search results may have been skewed by the addition of the word “stud”, as the dialog in panel one implies. And no, I’m not searching on that. Bravery has its limits.

OK, now that this Dick Tracy plot appears to be wrapping up, I can say officially that none of it makes any sense. The East German Soviet Sympathizers (EGSSes) kidnapped the Gretchen to exchange for the Baron … why? Once the Baron wandered off, Dick and the CIA guys started treating the EGSSes as sympathetic … why? Gretchen claimed to be giving the CIA guys the frequency to the chip in the Baron’s head, but actually gave the frequency to the chip in her head … WHY? Gretchen had a chip in her head … WHY??

But most of all, what the hell does “trying to revive to Cold War and blame it on Mideastern terrorists” even mean? I’m sure the EGSSes don’t actually want the Cold War back; they just want a different ending for it. Were their ex-Soviet puppet masters going to look at the smoldering wreckage of the Rotunda on the TVs in their underground bunker and chortle “Ha ha, the Americans soon will be invading another Middle Eastern country, but we and we alone secretly know that the Cold War is back on! Long live the dictatorship of the proletariat!”

Yes, you … you forgot about airport security. And because you’ve put your spider-suit in your suitcase, and it could easily be written off as a Halloween costume (which I believe is what happened when you flew to LA), the only hitch this puts in your plans is that it might cause you to miss your plane … which … has … nothing to do with superheroics whatsoever argh argh ARGH! Honestly, this strip constantly manages to defy my ability to parody its lameness.

A plugger’s face is a mass of lacerations and barely-scabbed-over wounds. But at least he’s getting his money’s worth out of that 60 cent disposable razor!

I’m sure your beverage choices are very interesting, Betty, but let me offer you some advice, one blogger to another: I think your readers will be more interested if you skip to the part where you explain why you aren’t wearing pants.